Claudia Scott is born in Newcastle, but moved to Norway with her family when she was a child. Her father, Clive Scott, started Norway’s first country band, The Skywegians in the late 60’s, and Claudia performed with the band from when she was 10 years old. Yesterday she played a release concert for her newest CD, Follow The Lines, and she has come a long way musically since her recording debut in 1970.

I have always liked Claudia Scott’s singing since I became aware of her on her first solo CD, Flower & Thorns in 1992. Her song Heard You On The Radio was a personal favorite then, and it still is. In 1997 she released Emanuel’s Secret, produced by Erik Honoré. This CD showed a more introvert and personal side from Claudia Scott, and the CD was a critic favorite. The sound was new and fresh, following the trend from Emmylou Harris’ Wrecking Ball.

In 1999 Claudia Scott recoded Soul On Soul in New Orleans, co-producing it with Erik Honoré. The CD followed Emanuel’s Secret with the same sound, but with more extrovert songs. All three CDs from the 90’s show what a great songwriter Claudia Scott is. All the CDs have strong songs, and some of them really shine. Unconditionally from Soul On Soul is one, Heard You On My Radio from Flowers & Thorns another, and Dear Andrew from Emanuel’s Secret are all songs that still sound strong today. 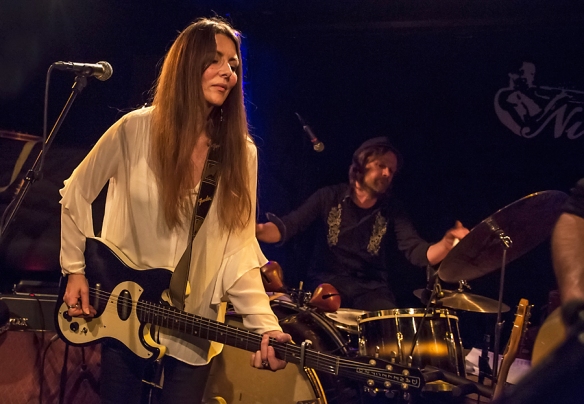 Claudia Scott’s latest CD, Follow The Lines, is in my personal opinion maybe her best CD. It has stronger rock elements than her former CDs, the songs are good, and it has a fresh feel to it that I like. Songs like I Can’t Wait and The Price You Pay are catchy and with great hit potential, while The Devil’s House is a strong duet with Sivert Hoyem and Someday Soon is the perfect closing song.

The concert last night showed us an artist with lots of energy and also with a brilliant band. Claudia Scott is herself an excellent musician on guitar and mandolin, and you can see on the performance that she likes being in a band. 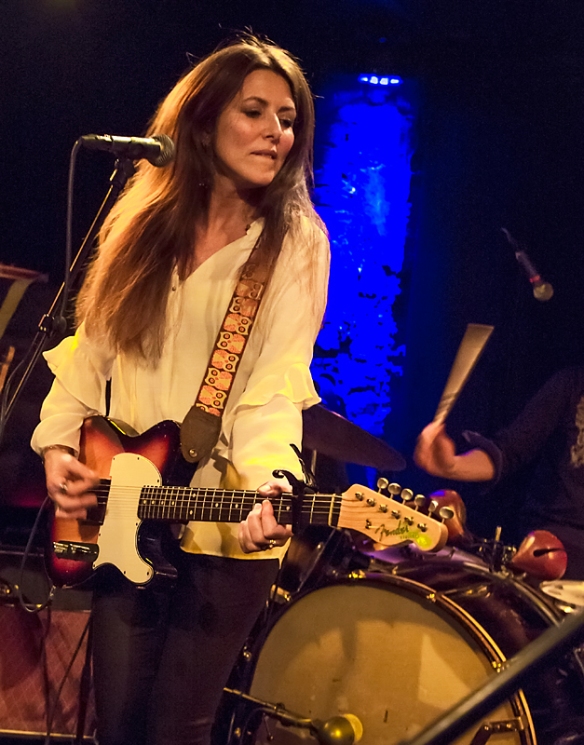 Her band consists of Olav Torgeir Kopstad on guitar and steel, Eirik Tovsrud Knutsen on keyboard, Erland Dahlen on drums and Joerund Boegeberg on bass and bass pedals plus a custom made deep mandolin. They are all highly competent, with Boegeberg as the veteran. The others are younger, but they are all in the top division of musicians, and together with Claudia they presented a dynamic, organic and also rocky sound.

Claudia and the band played all the songs from the album, with some older songs in between, and with Heard You On The Radio as the last song. The venue was packed, mostly with her fans. I ad a great evening, and it looked like everyone else shared my sentiment.

Claudia and the band are on a short one week tour, but hopefully they will get more gigs. They deliver a tight, musically very good show with lots of great details and high quality songs and performance. What more can you ask for?