I have been fascinated by Patricia Vonne for a long time, since the first time I first saw her during SXSW in Austin in 2002. In 2006 she played at Bergen Fest, and I also saw her again in Austin three years ago. Last night she played at the Continental Club for an enthusiastic audience, and her show was tighter and better than ever. 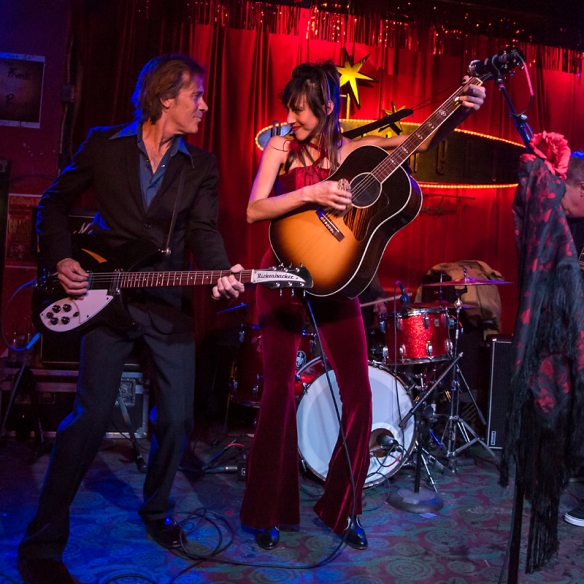 Before the concert started we got to see some of her music videos. Being the sister of director Robert Rodriguez, she has put much effort in her videos. She has a part in his movie Sin City, and she has also a song, Traeme Paz, in brother Robert’s movie Once Upon A TIme In Mexico. One of the videos we saw was Rebel Bride, which is put together from lots of footage from her touring around the world, among those places also Bergen, Norway.

On stage Patricia Vonne plays guitar and castanets, and she has a dramatic elivery to her songs. It could have ben over the top, but it isn’t, because her songs are strong, and her band is very tight. Robert La Roche, her husband, is the band leader on guitar, and the rhythm section plus the violinist give her a steady and dynamic backing. 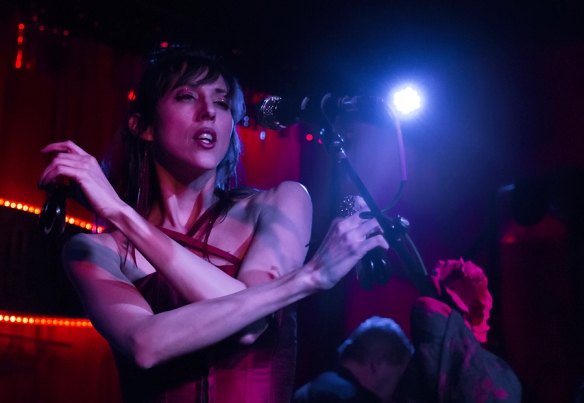 Patricia Vonne has released five CDs, her latest is Rattle My Cage from 2013. Her music is a mix of Americana and strong Mexican influences, with her castanets as an important factor. Her voice is strong, and her visual appearance is worth seeing. It is always a pleasure to see an artist who puts an effort in her moves, making them look spontaneous. She has a background as a model, and that shows on stage.

My advice is to go see Patricia Vonne if you can. She plays a lot in Europe, they just came home from their 22nd European tour. Her CDs are well worth listening to, and she always gives great value live. She also has a part in Robert Rodriguez’s movie Machete Kills from 2013. 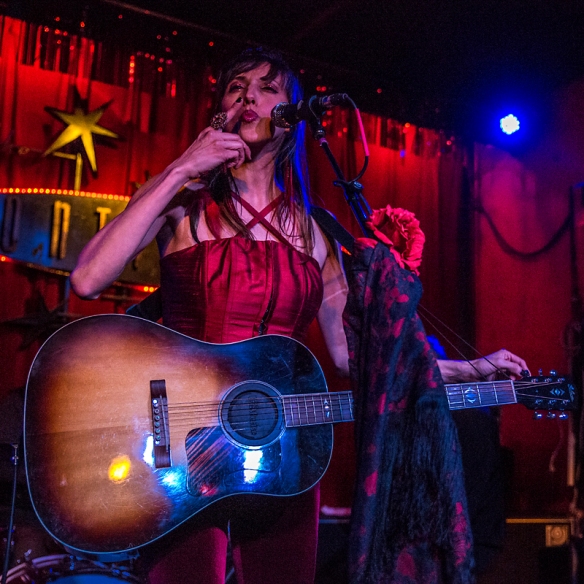 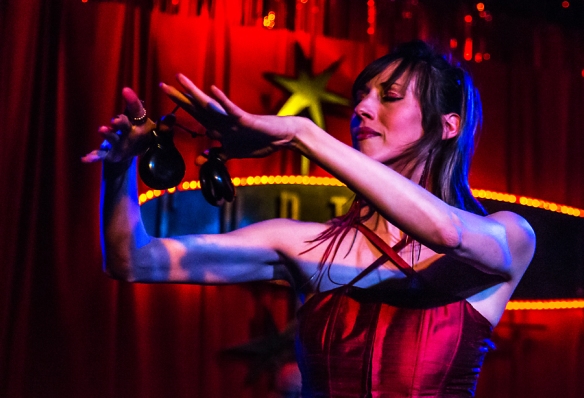