This year I have seen all together a little more than 250 different concerts, and I have enjoyed most of them. Therefore the task of picking my best concerts of the year has been a hard one. I ended up with choosing 34 concerts, since it was too hard to cut down the list from there. And, anyway, this list is not a scientific project, just a list of what I enjoyed the most. Here are the concerts from #34 to #18. (Picture above: The audience to Bryan Ferry’s concert at Oya)

34 Patricia Vonne at the Continental Club during SXSW

I always enjoy seeing Patricia Vonne, and this year I was so lucky that she played at the Continental Club just before SXSW got up to full speed. The Continental Club is almost her backyard (or her front porch, if you like), and I have seen her there several times. Since I saw her last, she has performed in the sequel to Sin City, A Dame To Kill For, so it has been a busy year for her. The concert was potent and exotic, as usual, with Patricia doing her singing and castanets, and husband Robert LaRoche lays down guitar riffs and leads the band.

33 Anthrax at the Tons of Rock Festival in Halden, Norway

This year was the first for Tons of Rock, a festival dedicated to hard rock and beyond. The first year they had an impressive line up, with Anthrax, Slayer, Volbeat and Sepultura as four of the headliners. Anthrax live were new to me, and they gave a good show, with hard playing and some nice stage acting.

The Dillinger Escape Plan are well known for their theatrics and wild stage show. So also at Bergen Fest this summer, even if we didn’t get any climbing on tall things and hanging from the feet, as they sometimes do in clubs. I will certainly look for them if they come back and do a club show, and I recommend them to everyone I know.

Enslaved are one of Norway’s best metal bands, and in September they performed at Eidsivablot together with Wardruna. The event was part of the celebration of 200 years of Norwegian independence with a commissioned work, Skuggsjaa, written by Einar Selnes of Wardruna and Ivar Bjørnson of Enslaved. The bands played separate sets, plus Skuggsjaa with both bands on stage. Enslaved have just finished recording a new album, Riitiir, and will go on a USA tour in March 2015. 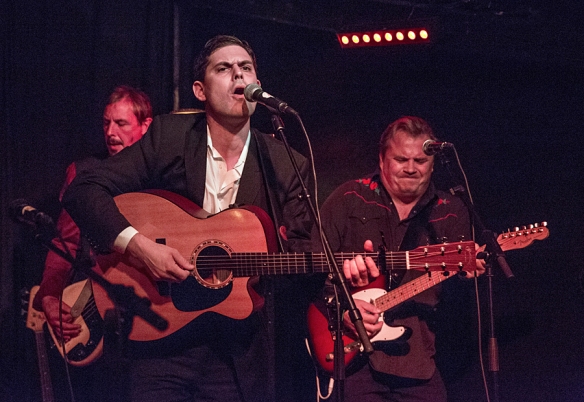 I didn’t know anything about Luke Elliot before I was tipped by a good friend about him in September this year. A singer songwriter with a very personal style, more Americana than folk, and with a superb band from Halden, he captured the audience. There will be an album from his visit, and we will surely see him back in Norway later.

Audrey Horne have been one of my favorite live bands since I saw them the first time in 2008. Since then I have seen them many times, and this year both at Tons of Rock and Bergen Fest. Their music is now more heavy metal than black metal, and with both a singer, two guitarists and a bassist who pose for the audience, it is always a great experience to see them live.

28 The South at the Steinkjer Festival 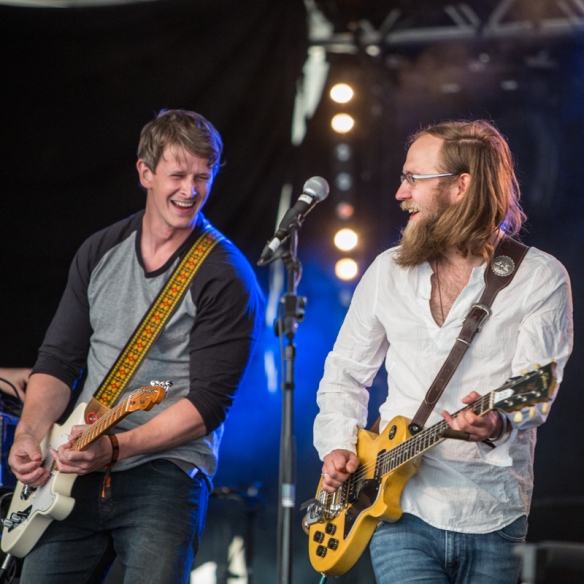 The South held their last concert in November, a big loss to their audience. But we have had some good moments with this band. They have shown us that it’s possible to keep up the tradition from The Band and Grateful Dead even if you live in Trondheim, Norway. Their playing and Alexander Pettersen’s superb songwriting have  together created an irresistible mix. At this concert at the Steinkjer Festival they gave their best, and they also had a summer guest, Ida Jenshus, which didn’t exactly make the concert worse.

27 Shining at Blaa in Oslo

Shining is probably the metal band I have seen on most occasions, the latest being at Blaa in Oslo, when they played each their two latest albums, BlackJazz and One One One on two consecutive days. I saw the Blackjazz concert. Blaa is an intimate venue with a low stage, which means the audience is almost on top of the band. With bands like Shining, this is a perfect setting, and the concert was loud, fast and with lots of energy, plus it was played with their impressive timing, as usual.

I have never seen Jane’s Adiction before, so their concert at Sentrum Scene late August was my debut. They managed to convince me that they still have something to give, 25 years after their album debut Nothing’s Shocking. WIth their two very different front guys, a bare-breasted Tom Navarra and dandy Perry Farrel, they give a good visual show, where Navarro doesn’t do much more than play excellent guitar, while Farrell does all the audience-friendly tricks. Good sound, good show.

25 Mayhem at the Oya Festival 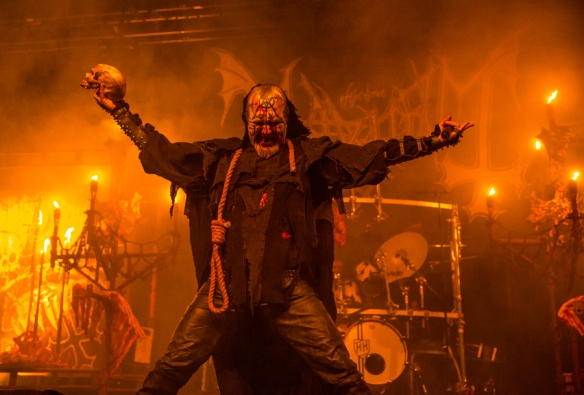 Mayhem is the longest existing black metal band in Norway, and they celebrated their 30 year anniversary in 2014. One of their concerts was the closing concert in the big tent at Friday of the Oya festival in Oslo. As usual for them, the stage was decorated with flaming torches, pig heads and carcasses. But even without this, the band is still a musical force, and maybe the best concert I have seen with the band.

24 Bryan Ferry at the Oya Festival 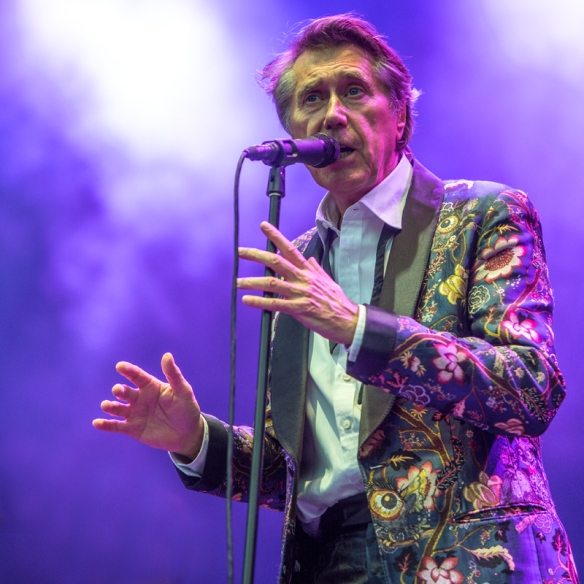 Bryan Ferry is still an impressive stage personality after more than 40 years as an artist, both in Roxy Music and as a solo artist. This year he was the headliner on the last day of the Oya festival. He doesn’t present much newer material, but that doesn’t matter. A “Best of concert” with the top solo hits and the best Roxy hits, is still a winner, and I remember this concert as even better than the two other concerts I have seen with him, solo or with Roxy Music.

Rival Sons are a great live bands, but the first time I saw them a couple of years ago, I thought they were too much a copy of Led Zeppelin. This year I have seen them twice, and  I have to admit that the comparison is a bit unjust. The band stands perfectly well on their own, and I truly enjoyed both the concerts I saw, both at Bergen Fest and at Notodden.

22 Ghost at Tons of Rock

I have seen Ghost before, and thought them interesting but a bit boring. But at Tons of Rock I got my eyes and ears open to their music, and thought this to be one of the best shows I saw at that festivals. They have weird costumes and painting, mocking the church, and the is stage show consists of slow, but interesting movements.

Henning Kvitnes and Poul Krebs posing for the photographer

Henning Kvitnes is still one of our best singer songwriters, and he is also one of the best to keep up high quality songwriting in Norwegian He has a way with words that is difficult to explain, and his best songs have become part of our musical heritage. For the concert at Rockefeller he also had friend and collaborator Poul Krebs from Denmark as a guest. The two of them did a duo tour in Norway in October and November.

20 Sivert Høyem at Studentersamfundet in Trondheim

If you ask a Norwegian music fan to tell you the five best Norwegian rock singers, Sivert Høyem will surely be on almost every list. He started up as the singer in Madrugada, but after they disbanded, he has gone solo, performing a mix of his own songs and the best of Madrugada’s. His voice is deep and powerful, and with his superb band he always gives great concerts. The one at Studentersamfundet was sold out, and it was definitely one of the best I have seen with him.

In the 80’s and 90’s Claudia Scott was teamed with Casino Steel and Ottar Big Hand Johansen. They had great success together. She released some very good solo CDs in the 90’s, among them Emmanuel’s Secret, and moved moved to Nashville in 1999. She spent 10 years in the USA, living in Kerville, Texas the last year before moving back to Norway. Her newest album, Follow The Lines is one of my favorites from 2014, and the intimate concert at Herr Nilsen was the release concert for this album.

18 Ian Moore at the Continental Club in Austin during SXSW

I have seen Ian Moore a couple of times some years ago, but didn’t really get his thing then. This year he held a late night concert at the Continental Club on the closing day of SXSW. Moore and his band had obviously decided to blow out the audience and they held a fabulous show.