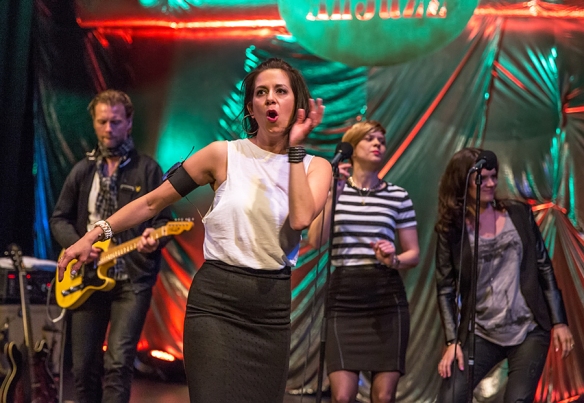 D’Sound were one of the refreshing new Norwegian band in the mid 90s. They started playing together in 1993, and their debut CD, Spice Of Life came in 1996. From then they have released six more studio albums, one greatest hits and on live CD. Yesterday night they played at Hamar at the AnJazz festival, after a long break. 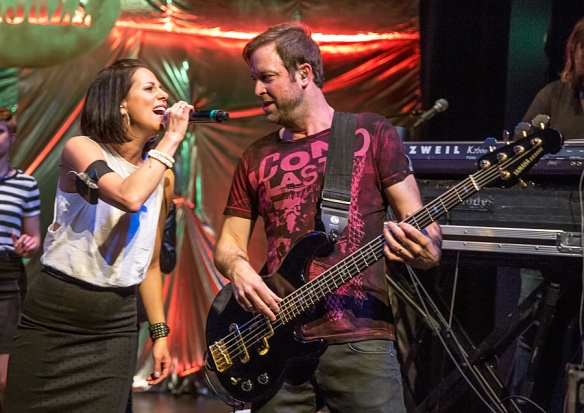 D’Sound are Simone Larsen (now Erikstad) on vocals, Jonny Sjo on bass and Kim Ofstad on drums. They have been off and on as a band for the 20 years since they started. After intensive touring they took a break in 1999. Then they took another break in 2005, and in 2009 Kim Ofstad left the band, but last year he came back, and now they have released a new CD, Signs and will do many live concerts this summer. 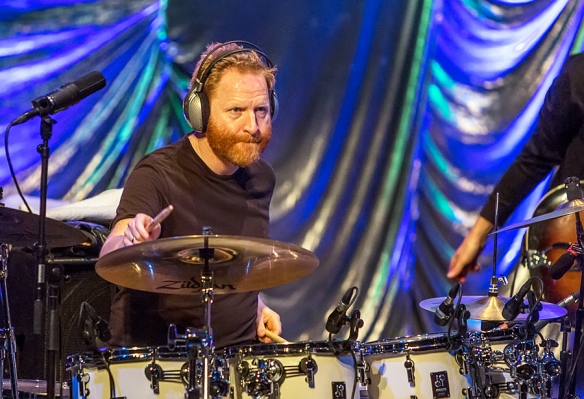 D’Sound have always been a good live band. Simone is a natural entertainer and Jonny and Kim are onje of Norway’s best rhythm sections. Stein Austrud plays keyboard and vocoder and Bernt Rune Stray plays guitars. Backing vocals are Viola Bjelland and Karin Okkenhaug Seim. Their playing is very dynamic, from hard and funky to soft and slow. 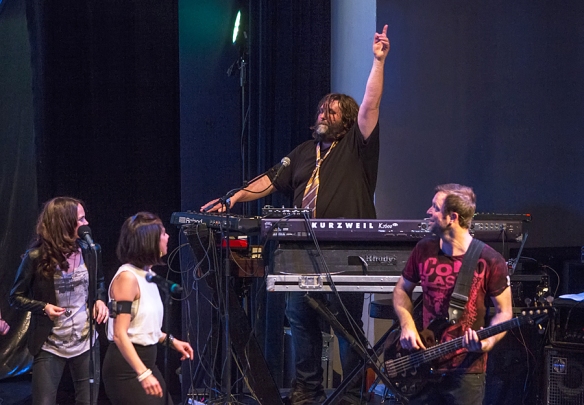 Yesterday night the band played many of their old hits plus new ones from Signs. It was refreshing to hear the older songs live again, they still sound good. The new songs Love Like Rain, Magnet and Lose Control fit in with the older ones. Their music style is a personal mix of pop, some r&b, some jazz and gradually more funk, which is very noticeable on many of their songs. 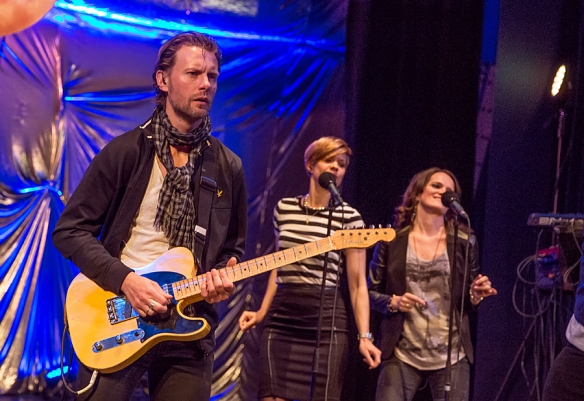 The concert built up towards the end with their biggest hit, Do I Need A Reason, Love Is On My Way followed by a drum solo by Kim Ofstad before they played their only cover song, Down On The Street. The concert was held in a theater, meaning a sitting audience. It would have been better with a standing (and dancing) crowd, but it worked well, also being their first live concert in a long time. 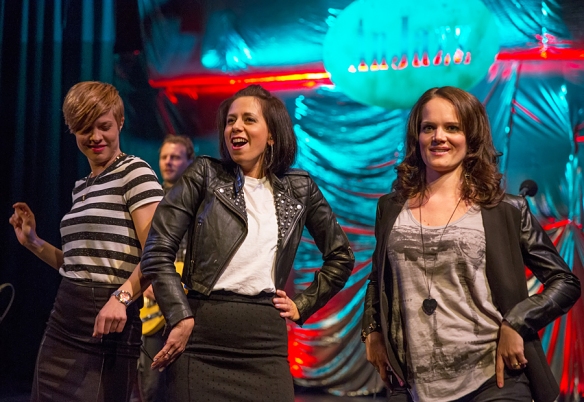 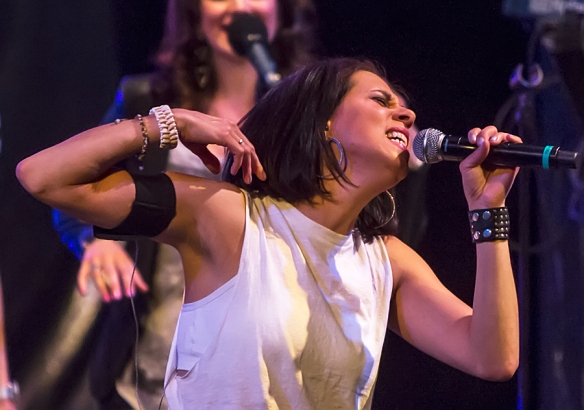 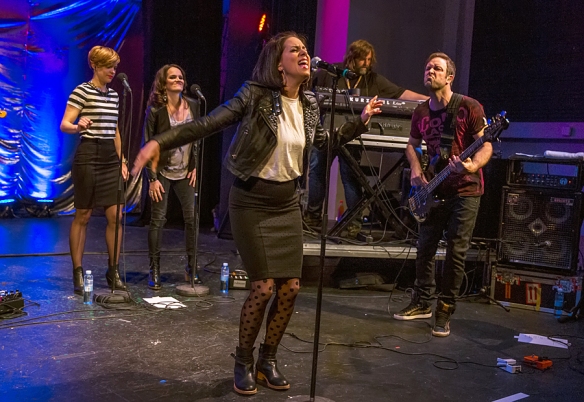 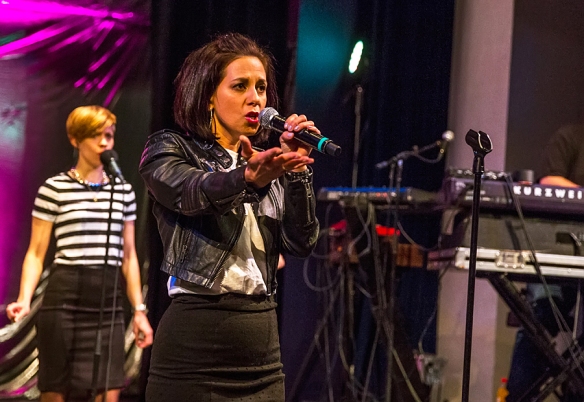 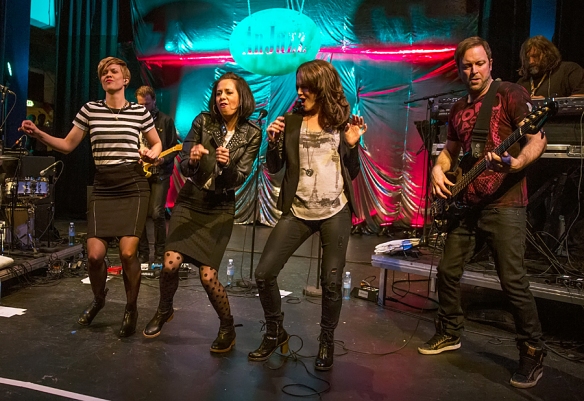 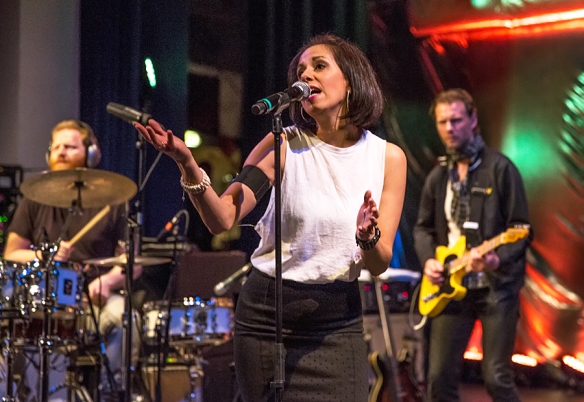 2 thoughts on “D’Sound Are Back On Stage”