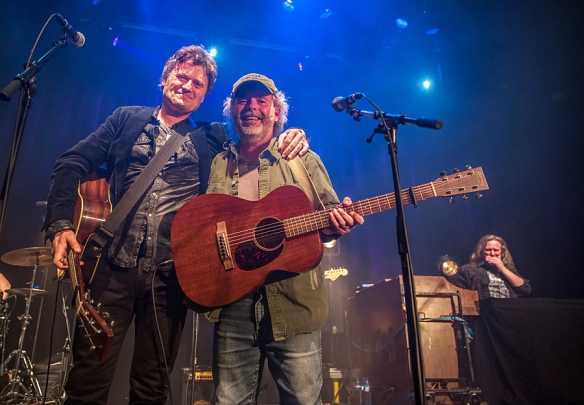 Henning Kvitnes has been around the Norwegian music scene since the 80s. First with his band Little Eden, then as a solo artist, going from English lyrics to Norwegian and gradually building a big and steady audience. He has played live at literally every nook and cranny in Norway, and yesterday night he played at Rockefeller to celebrate his 19th and last(!) CD, “Jada, vi esker …”. (Henning Kvitnes and Poul Krebs posing for the photographer) 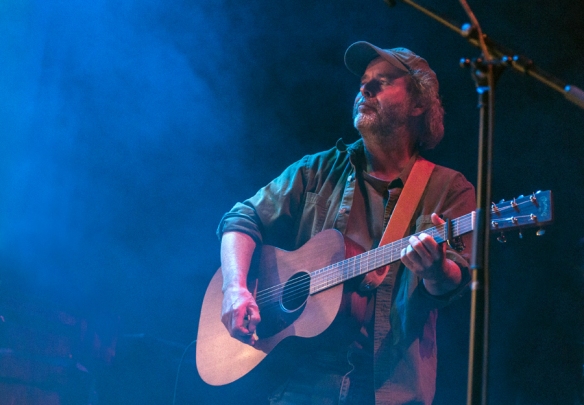 “Jada, vi elsker …” is a typical Henning Kvitnes album, maybe a litte rougher than the preceding ones. He has guests, like he usually has on his CDs, and this time Ida Jenshus and Aage Aleksandersen give their contribution to his songs. Henning Kvitnes’ music is solidly placed in the Amricana singer songwriter tradition and his lyrics are famous for his subdued statements and the way he turns sentences to mean something else. 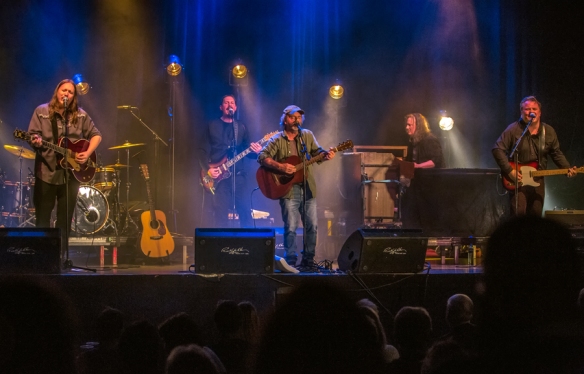 His band has been more or less the same the last years, and they are called Gutta i bandet (The boys in the band). Why spend a lot of time figuring out snappy names when you can just tell it like it is? The boys are Freddy Holm on guitar, lap steel and fiddle, Omar Oestli on guitar, Finn Tore Tokle on bass, Eivind Kloeveroed on drums og Jon Terje Rovedal on Hammond and electric piano.

Gutta i bandet are tight, dynamic and tasteful in their playing, and last night they showed us how to change between ultra slow and almost silent playing to hard rocking. They follow Henning Kvitnes in all his songs and is an important part of his sound. What I like about them, is that none of them are show offs, they make a concert with Henning Kvitnes feel like a band with a singer, not as a singer with his band of hired hands.

The concert yesterday had one surprise guest, Poul Krebs, whom Henning Kvitnes has cooperated with for the last 25 years. Poul Krebs did two of his on songs, Vi tog heldigvis fejl and Lugten af asfalt, plus he sang with Henning Kvitnes on Saanne som oss, a song he wrote himself and that has been his signature song since when it was released in 1995. 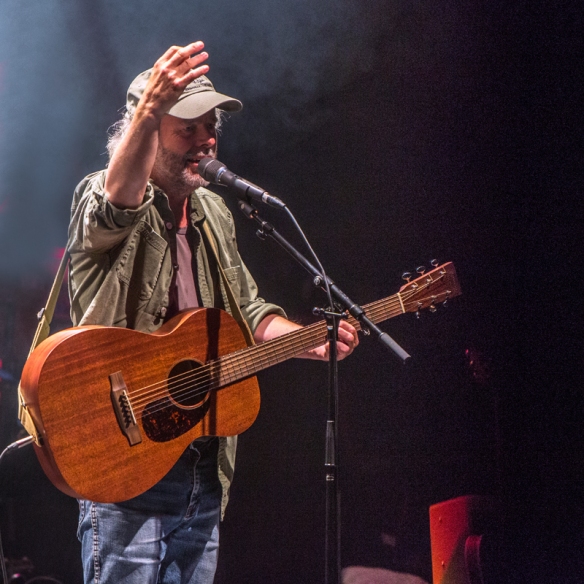 The concert was a mixed seating and standing concert, with an average age of the attendees of around 40. They have probably followed Henning Kvitnes for many years, and they were enthusiastic and knew most of the songs he played. The repertoire was a mix of songs from his career, 18 songs all together, including the two from Poul Krebs. They played for almost two hours, so the fans got good value for their money.

Jada, vi eslsker is Henning Kvitnes’ 19th album. He has also stated that this will be his last, because he feels the whole recording industry is going down the drain. He won’t stop playing concerts and doing other music related stuff, though, he is just disillusioned with the way the industry has gone, with the crash in the physical sales and the rise of streaming technology. Let’s be happy that he will keep up playing live, last night showed that he has more than enough songs to keep up with this for a long time.