Everyone talks about when Led Zeppelin will come together again. Jimmy Page wants to do it, John Paul Jones is maybe willing, but Robert Plants has been quoted as dragging his feet. I think he should continue to do that, after seeing him at Bergen Fest last night, I don’t think we need a reunion of Led Zeppelin.

The first time I saw Robert Plant in the post Zeppelin and Page and Plant era, was with his hobby band The Priory of Bryon at the festival Blues in Hell, sometime late 1990’s. Since then I have heard him in Bergen in 2001, in Tromsø, at SXSW, in Oslo, and last night again.  His sometime side kick Justin Adams was in the band in 2001, and he plays in his recent band, adding some North African touches that adds to the music.

The band is called The Sensational Space Shifters, and they play Plants solo repertoire and the old Led Zeppelin songs with the same ease. Robert Plant himself still has that voice that we remember from his Zeppelin days, maybe a little bit rusty in the high register, but impressively steady and strong, considering that he turns 66 in August.

During the last 15 or so years, it seems that Robert Plant has shied away from big band settings and chosen a more quiet life in between making CDs and doing shorter tours with his band. He has moved to Austin, living with Patty Griffin, and is often seen at clubs and venues in and around town.

The concert yesterday started with a long guitar intro by Liam “Skin” Tyson on the Led Zeppelin song Babe, I’m Gonna Leave You. From there he played Tin Pan Valley from his solo era. Spoonful is a blues classic, and he presented it in a new setting, courtesy of his band. From there on he did a mix of Le Zeppelin songs and newer stuff, but everything arranged in a way to let his voice shine.

One of the things that characterized Robert Plant in Led Zeppelin was his extreme dynamic register. He could sing so soft you almost couldn’t hear him, for so to explode in a scream. I have noticed that he has done less of this in the recent year, but now these dynamics are back, to the joy of his audience. He also does the old tricks with the microphone stand in the air, giving the audience just enough of that zeppelin magic to make them happy.

The highlight for many, was A Whole Lotta Love, which ended the original set before the two extras. To many, this is the quintessence of Led Zeppelin, and where Jimmy Page’s guitar riff coupled with Bonham’s drumming, John Paul Jones’ bass and Robert Plant’s voice made it one of the most significant sounds of the early 70’s. Of course we got a rearranged version with bits of Who Do You Love and some rapping last night, which is good. I have heard him do this song with The Band of Joy in a version much more similar to the original, but I loved the rearranged version last night.

After two extras everyone seemed satisfied, and my personal feeling is that I want Robert Plant to keep this band, still do some duo work with Patty Griffin or Alison Krauss, but not necessarily a Led Zeppelin reunion. Let us remember how good they were forty years ago, and keep moving forward. That is best for all of us, and probably for Robert Plant, too. 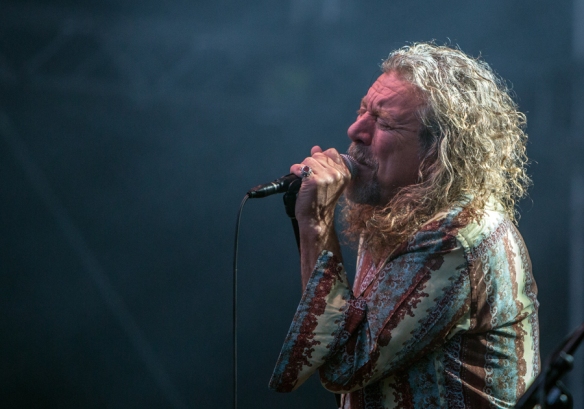 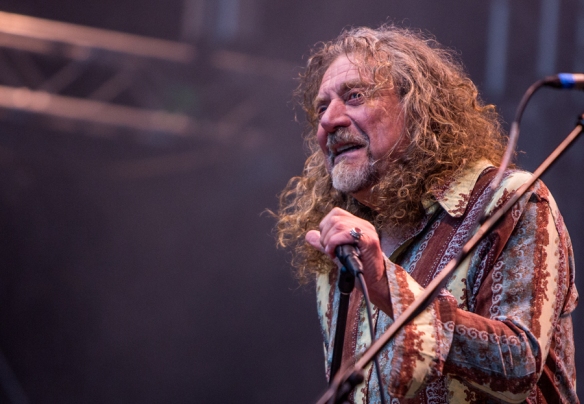 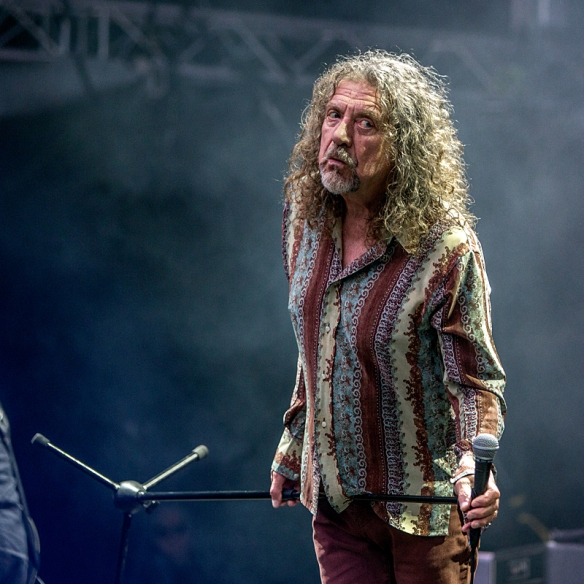 6 thoughts on “Robert Plant – Better and Better Every Year”