Anita Skorgan started her career as a child prodigy on piano, and won a talent show in Swedish television already as a 13 year old. When she was 19 she sang the Norwegian winning song in the European Song Contest (ESC). The last years she has gone back to a more personal style, with meaningful lyrics and low key melodies. Last night she visited Olsen at Bryn in Oslo, and I feel lucky to be there.

Olsen at Bryn is a restaurant in one of Oslo’s suburbs, that serves good dinners (traditional Norwegian and Chinese food) and has live music on Fridays and Saturdays. They have a mix between big names and more local ones. Since I live close to it, it is always a pleasure to go there and see some of their concerts. The last one I attended was with TNT, and yesterday it was to see and hear Anita Skorgan.

Anita Skorgan’s music is centered around her beautiful voice. I know few other singers with a better control over their voice. For those who haven’t heard here, Linda Ronstadt might be a useful reference. Anita Skorgan has released a number of LPs and CDs in her almost 40 year long career as a recording artist. Many remember her from ESC, just as many as a duet partner with her first husband, Jahn Teigen, but not as many as she deserves as part of the excellent trio The Queen Bees, or as a solo artist.

I will say that booking Anita Skorgan with her band at Olsen on a Saturday night was a bit risky. Her music is low key, with a strong focus on the lyrics, and her band consists of some of our best musicians. There is no drums, so the sound was good, but not loud. Her tour with this material has visited concert houses and churches, and this was the first club gig.

Anita Skorgan’s band are her long time musical companion Jon Willy Rydningen on keyboard, ace guitarist Hallgrim Bratberg on acoustic an electric guitar, plus Haakon Iversen on bass. These three are among the most attentive musicians you can get, and each of them has played with numerous other artists live and on CD. Yesterday night they gave their contribution to a perfect night.

The concert started with some songs from Anita Skorgan’s newest CD and continued with some of the songs she did in a TV show, Hver gang vi møtes (“Everytime we meet”) before she did a couple of her most famous ESC songs. She also did a very good version of Leonard Cohen’s Tower Of Love with Norwegian lyrics. The audience showed their appreciation by singing along on the ESC songs.

Last night I was reminded of how good it is to listen to musicians like Anita Skorgan and her band. Both the new and the old songs were treated with the same mix of respect and playfulness, but never casual. An hour of this made me want more, which is the ultimate test for me when I attend concerts. Their next concert is in Harstad June 24th. If you are somewhere close, be sure to go, you will regret it if you don’t. 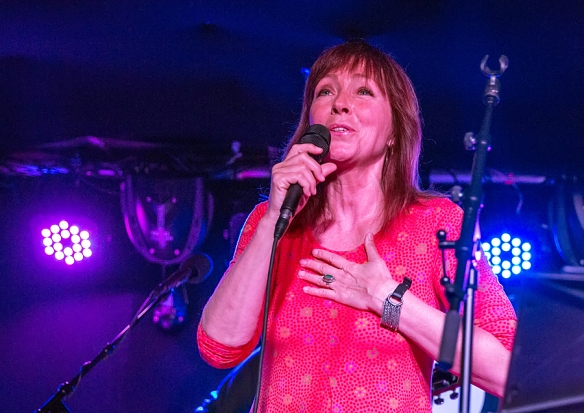 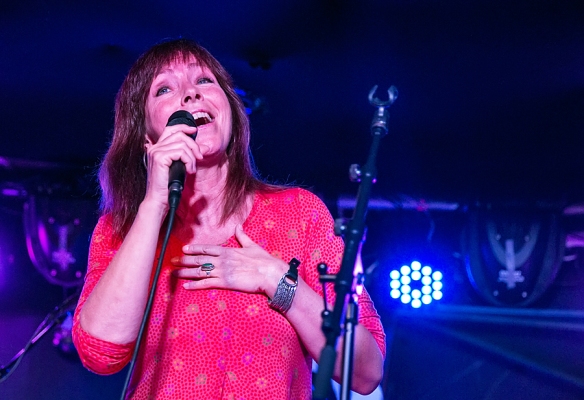