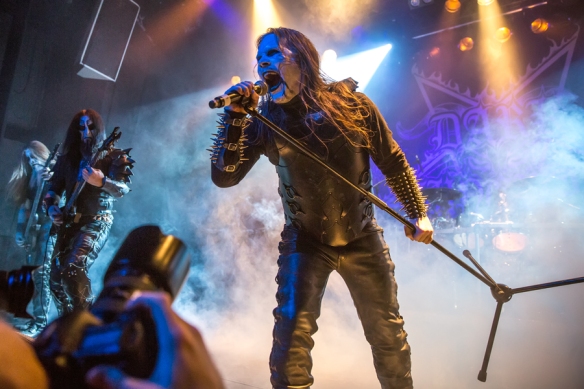 Friday night at Blastfest I chose to see all the bands at the main stage. As the day before, the fans had a good time, the beer was flowing freely, and the mood was friendly and good, like it usually is at metal festivals. The bands I saw were Borknagar, Cryptopsy, Dark Funeral, Paradise Lost and At The Gates. (Picture above: Dark Funeral) 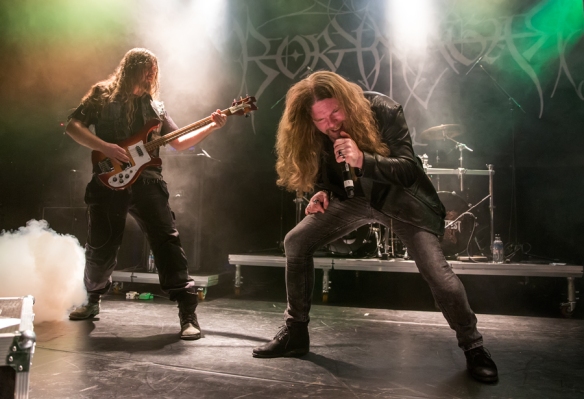 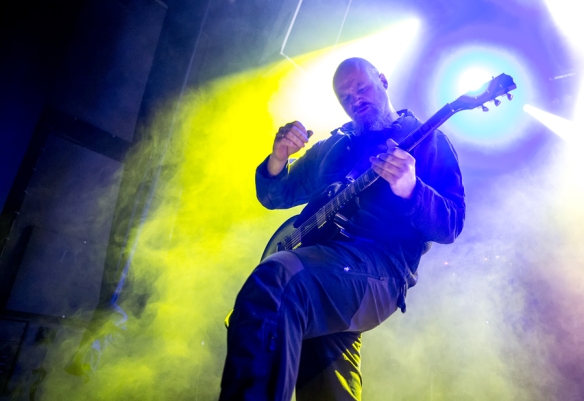 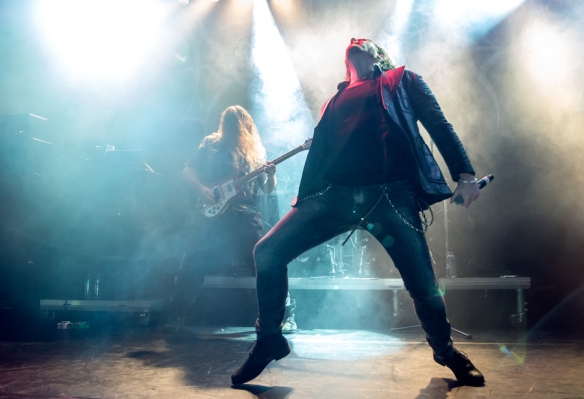 Borknagar started up in 1995 by Øystein Brun, who is the only founding member still in the band. Their front man, I.C.S Vortex, or Simen Hestnæs, was in the band a period in the late 90’s and has come back to the band after he quit Dimmu Borgir. I saw them a couple of years ago at the Inferno festival, and I like their style, progressive metal. They did a very good gig yesterday as the first band of the night. 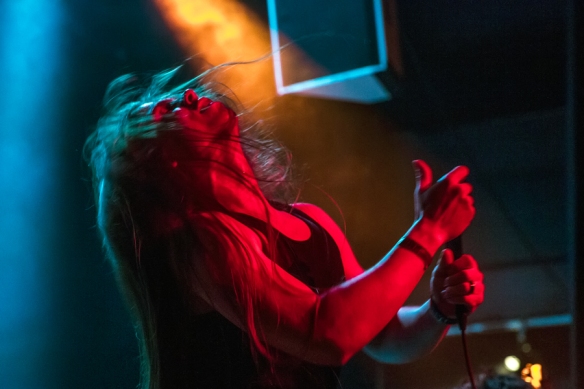 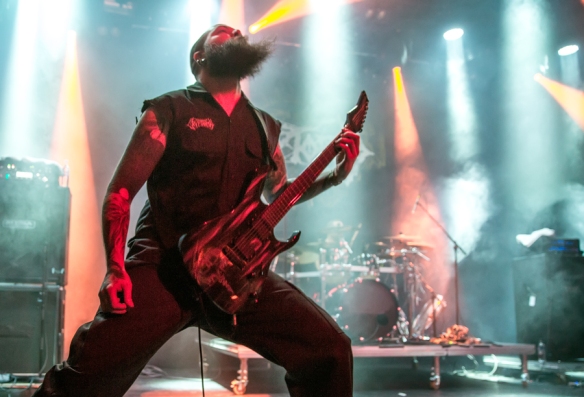 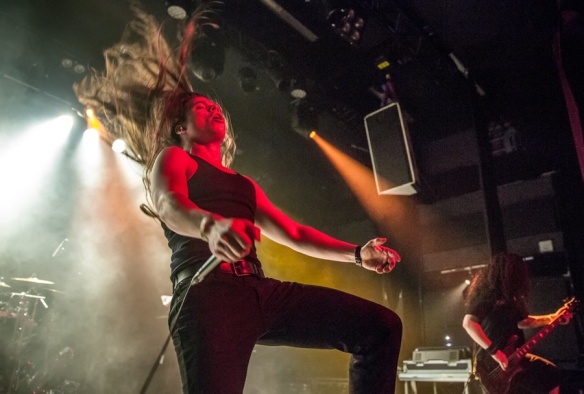 I knew nothing about Cryptopsy before I saw them yesterday. They are a Canadian band, playing technical death metal, and doing it very well. Lots of shifts in the music, in tempo and intensity, and dead precise all the time. They had lots of energy on stage, with singer Matt McGachy as an energetic front man with lots of hair whips. 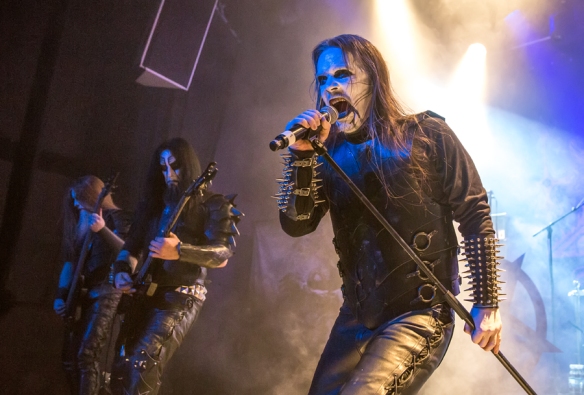 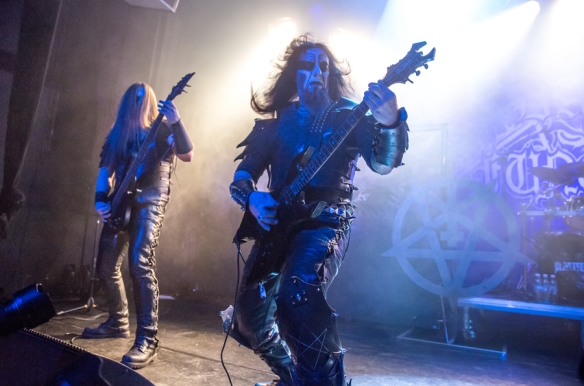 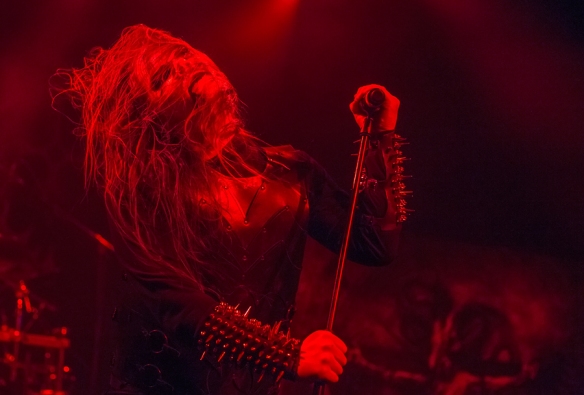 Dark Funeral are a Swedish black metal band, founded in 1993, and known for their satanic lyrics, lately turning more towards anti-christian themes. On stage they have costumes and face paint, and they give a show that is both calculated, but first of all effective. New singer Heljarmadr was totally integrated in the band and the concert was dark and hard. 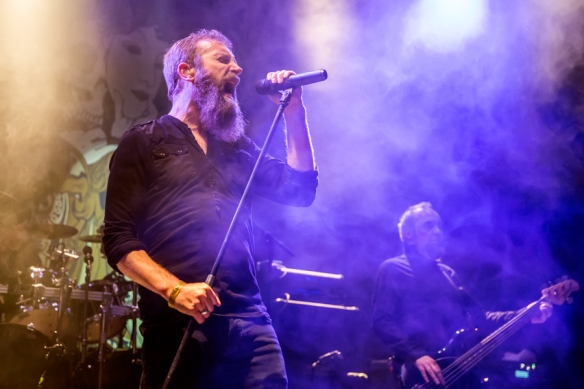 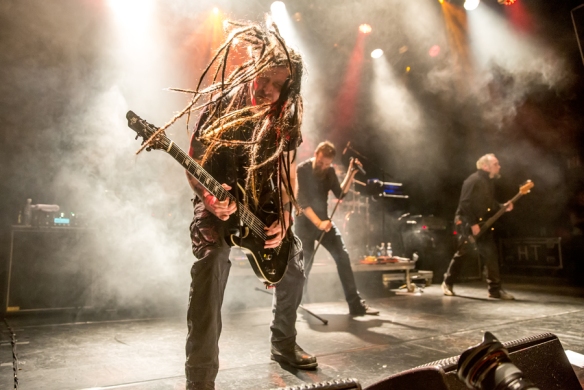 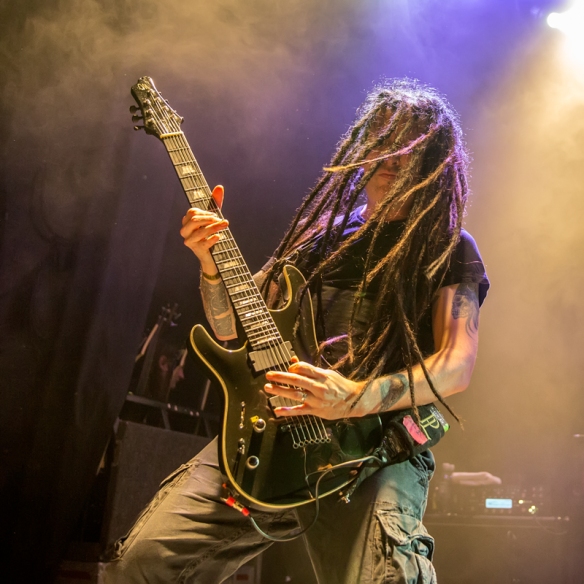 Paradise Lost come from West Yorkshire in England. They are considered one of the pioneers of goth metal and have performed together for 26 years. Their music style is more doom metal, and they have returned to old school doom/death metal lately. Their 14th album, The Plague Within will be released this summer. 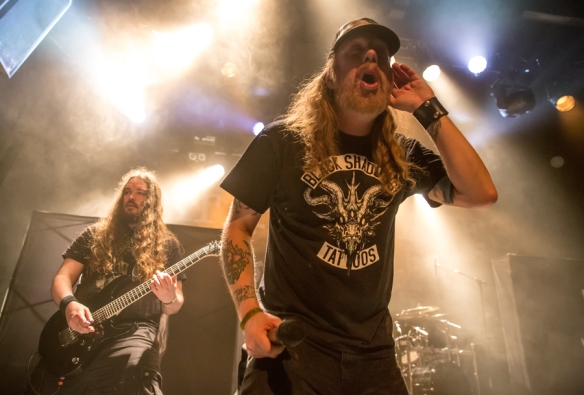 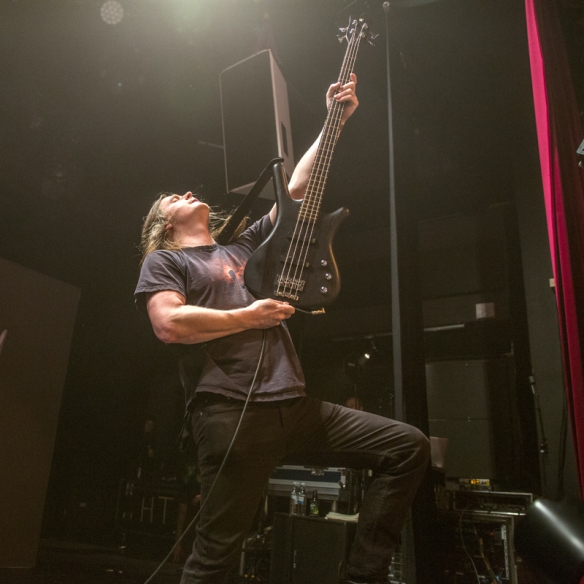 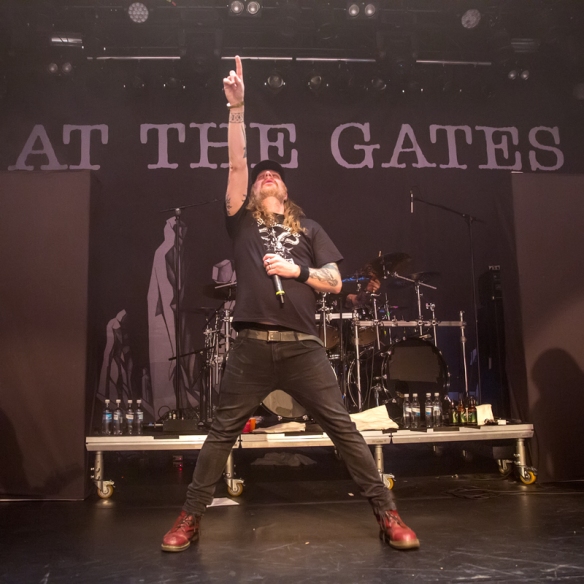 At The Gates were the headliner at the main stage yesterday. They come from Gothenburg in Sweden, and started up in 1990. They had a 10 year hiatus from 1996 to 2007, broke up in 2008, but have played together since 2010. Their style is death metal and melodic death metal, and they gave a hard and brutal performance, with short en effective songs. 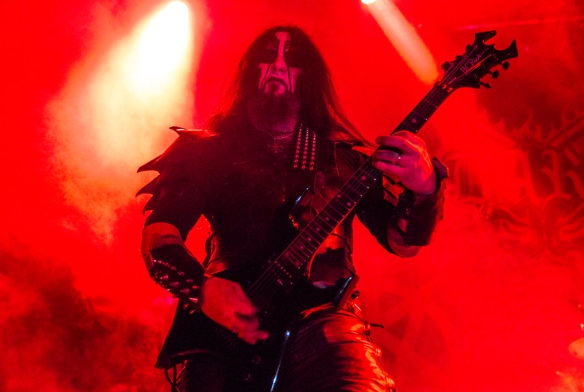