The Blastfest metal festival started last year, and has so far become a success. It is situated in Bergen, at Garage during the day and at USF Verftet at night. I didn’t go last year, but this year I am here, and yesterday I saw 5 bands from Sweden, Israel, Ireland and UK, with Watain as the headliner. (Picture above)

The first band for me was Melechesh originating from Jerusalem, but with members and influences from Armenia and Syria. They played at the Studio stage, a 2-300 capacity black box with no photo pit, which means fighting to get in front of the stage. Metal fans are generally friendly, but they don’t easily give up their spot for a tall photographer. But I got to see part of the show, and they were a pleasant surprise, tight and hard. 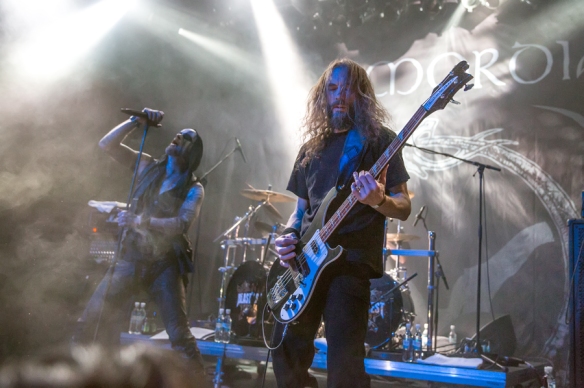 Downstairs at the big stage Primordial were next. They are Irish and play a mix between black melt and folk. You shouldn’t think those two could mix, but it works perfectly fine for Primordial. Their music is sometimes hard straight forward metal, then they have more epic parts. The vocals alternates between growling and clean singing. I really liked Primordial, and I can recommend their latest album, Where Greater Men Have Fallen. 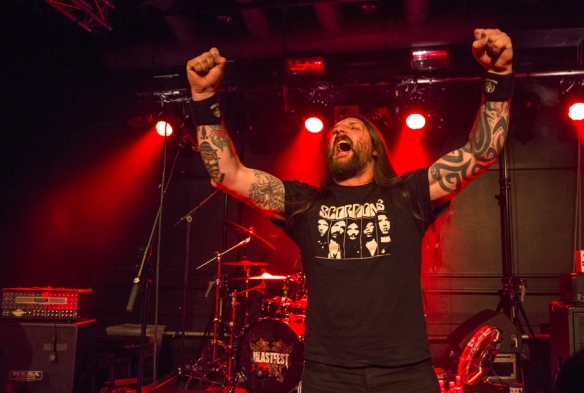 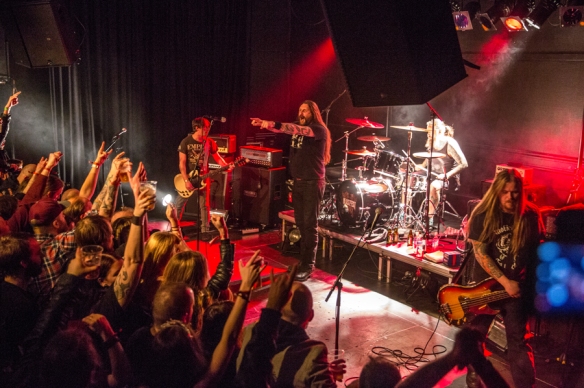 After Primordial I went up again to the Studio stage to see Orange Goblin. They are a heavy metal band, crossover towards stoner rock, with singer Ben Ward as the center of attention. Some very competent instrumental work and melodic riffs from guitar, bass and drums, with intense and high pitched vocals from Ward. Listen to Back From The Abyss from 2014.

Dark Tranquility is a Swedish melodic death metal band, celebrating their 25 year anniversary last year. Like Primordial, they change between growling and clean singing, and they also use synth, sometimes giving them an almost pop feel, for instance on Misery’s Crown from the album Fiction (2007). 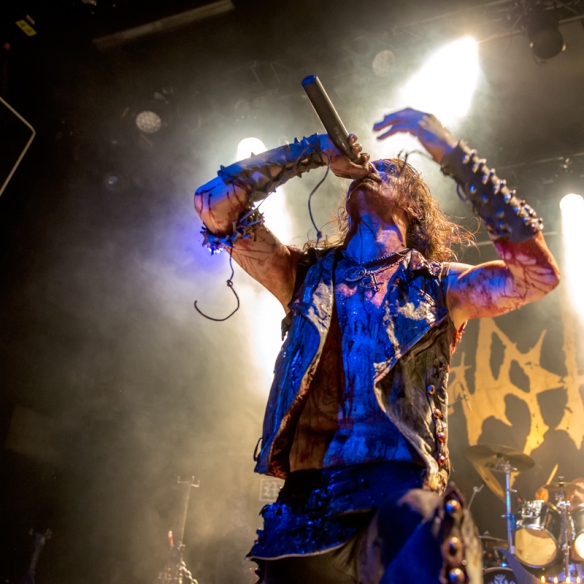 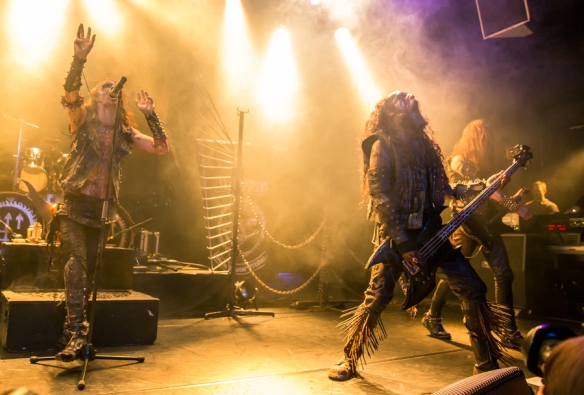 Thursday’s headliner was Watain, also from Sweden. They played at the Inferno festival last year, as the closing headliner. As Blastfest they had less obnoxious stuff on stage, so the concert was almost without smell, compared to the rotting blood at Inferno. Watain gives a good show, the band is dedicated to their music and their beliefs, and it was a worthy closing of day one of Blastfest 2015. Their latest album, The Wild Hunt, has sold well and been on the charts in several countries.