The Inferno Festival has been an Easter tradition in Oslo since 2001. Every year almost 2000 metal fans from all over the world gather in Oslo for a “black Easter” with concerts and a conference for four days. The first night is a club night, while the last three nights are held at the Rockefeller Hall with two stages and music back to back. Here are photos of the bands I saw the first night of Inferno 2017. (Photo above: Lars Vegas from Fight the Fight)

Due to an early Easter last year that collided with SXSW, I didn’t attend the Inferno Festival. But this year Easter was at the right time so I could attend for the fifth time. The festival started with the club night, with concerts at five different venues. I managed to attend concerts at three of them, starting with Indie Recording’s label night.

My first band at the Indie Recordings’ label night was Dreamarcher, a band from the town Odda on the west coast of Norway. They combine hard riffs and growling with melodic lines and intricate rhythmic patterns. The band has two singers, and specially Kim Christer Hylland, on vocals and drums impressed me, specially with his drumming, but also with his singing.

Next band out from the Indie Recordings rooster was Fight the Fight. They used to call themselves Oslo Faenskap, then Faenskap, and now Fight the Fight, which is a better name, since they have attracted a lot of attention from outside of Norway. The band plays a mix of punk and metal, without being a hardcore band. Their live act is good, with some great playing and with their charismatic singer Lars Vegas in front.

From the Indie Recordings label night, I walked over to the Vulkan Arena for the rest of the night, starting with Befouled, an old school death metal band from the south eastern part of Norway. Their music is fast, with good riffs and singer Fredrik W. Was in front. 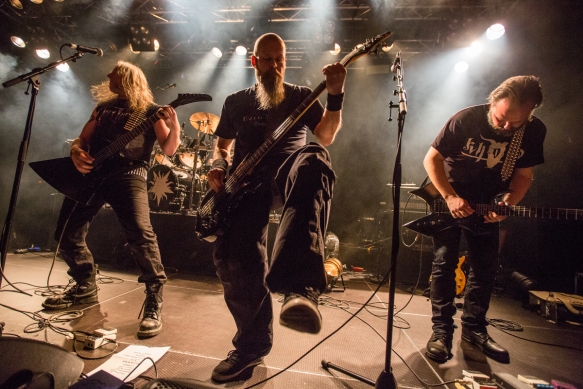 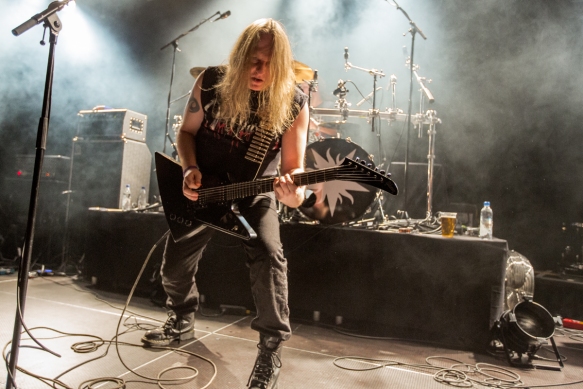 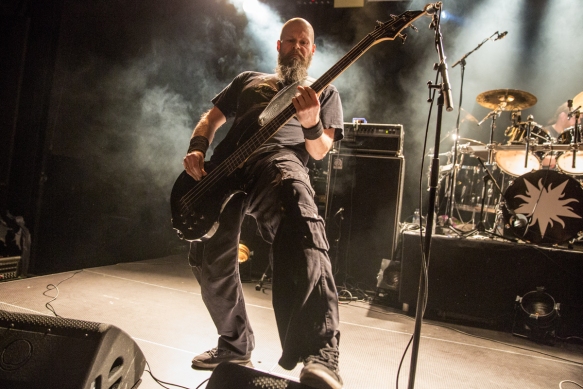 Next out at the Vulkan Arena was Vesen, also from Norway, a few miles north of Oslo. They describe themselves as a black and trash metal band, and they have existed as a band for almost twenty years. Dirty, effective songs and with some good poses that we like in the photo pit.

After Vesen I ran over to one of the other venues, Blå, to see Slegest from Sogn og Fjordane, a bit north of Bergen on Norway’s west coast. Singer and guitarist, Ese, was one of the members of Vreid until 2010 when he left the band and started Slegest. I didn’t have time to hear much of the band, but I liked their gritty, rock oriented metal. 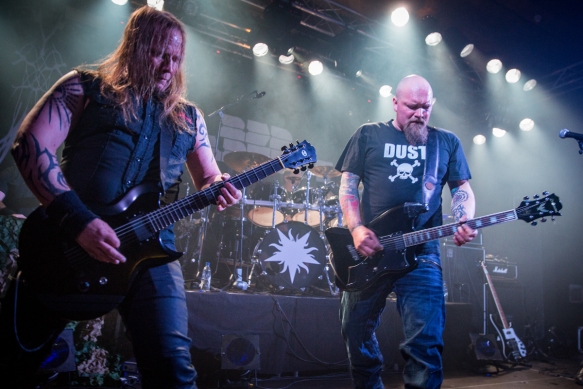 Back at the Vulcan Arena, the next band out was Red Harvest. They are veterans on the Norwegian metal scene, starting out as a Slayer tribute band in 1989. From there they developed into one of Norway’s best metal bands, culminating in a Norwegian Grammy nomination in 2002. The band disbanded in 2010, but come back again last year, where I saw them at the Blastfest in Bergen. They are still playing together, so let’s hope this is the beginning of a new era for Red Harvest. The venue was packed at their concert showing that they still have any dedicated fans.

My last band on the club night of the Inferno Festival 2017 was Borknagar. This was the third time I saw the band, the first being at Inferno in 2012, then at Blastfest in 2015 before last night. Borknagar is to me an interesting band, crossing effortless between hard metal and melodious rock with touches of progressive rock. 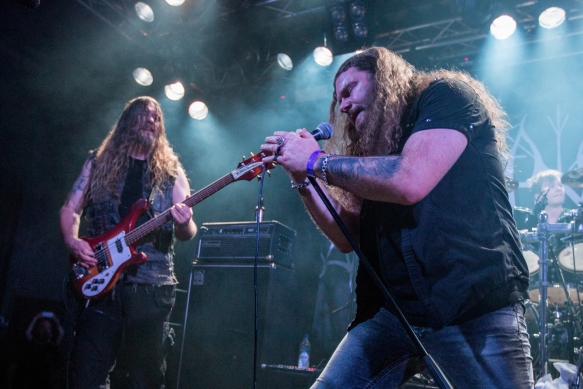 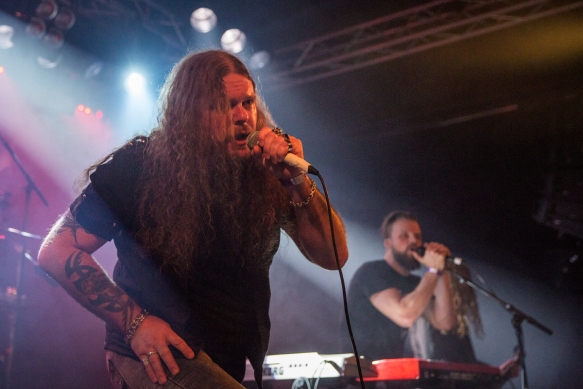 Borknagar started in 1995 by Øystein G. Brun, who is still in the band. I.C.S Vortex started in 1997, left in 2000, but came back to the band in 2010. Vintersorg became the singer in 2000, and after 2010 he and Vortex share vocal duties. I have always enjoyed Borknagar’s concerts, and last night’s concert was a perfect ending of the first night at Inferno.

All photos are © Per Ole Hagen and must n to be used without written permission.