While the first day of Oslo Fjordfest had Emmylou Harris and Rodney Crowell as headliner, and mostly folk/Americana artists on the schedule, the musical theme for the second day was soul, electronica, hip hop and reggae. The day, with d’Angelo as the headliner, attracted a totally different audience than the first day. A smart move from the festival organizers. (Picture above: d’Angelo)

Since this was the first edition of the Oslo Fjordfest, they could try out a few things. One experiment was to program the two days differently. That has its advantages and disadvantages. You can’t expect to sell many passes for the whole festival, but you reach more people with different musical tastes that way. There is also a question of building loyalty to the festival as a whole, which is more difficult when there isn’t a consistent profile to it. But the advantage of attracting a wider range of people – interests and age, might weigh heavier. The interesting thing is to see what they do next year.

My first act Thursday was Silk Rhodes from Baltimore on the main stage. The band is singer Sasha Desree and producer Michael Collins, and their music is low key, introvert and slow. Singer Sashe Desree has an expressive voice with a high degree of control. The music lacks a constant and hard beat, and sometimes floats along. The band started with a surprising song, Time of the Season by The Zombies – one of my favorites. Even if Silk Rhodes’ version was totally different from the original, they managed to give the song a new dimension to me. The rest of the set was good, but with too little change in expression for me. 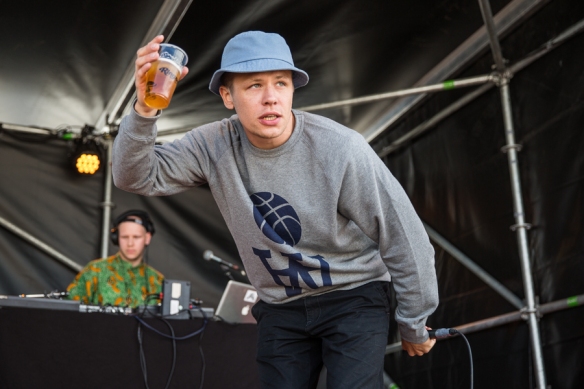 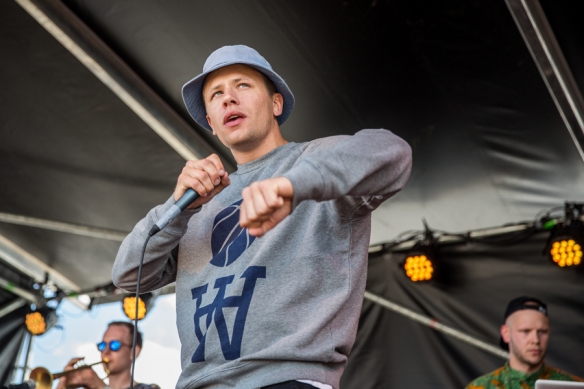 First on the smaller stage Thursday was Ivan Ave & Fred Fades. This Norwegian hip hop act is new and promising. What distinguishes them from many other hip hop acts, is their style, which leans heavily towards jazz and cool. Hip hop isn’t my favorite style, but I liked Ivan Ave, hearing a distinct and well tuned rhythmic instinct and some good songs.

Lemaitre was the next band out on the main stage. They are an electronic/indie band with an intense and entertaining live show. Starting out in 2010, their career has gone straight up since then. Musically they belong in the electronica, but they are a real band on stage, not just computers and loops. Their stage presence is very professional, reminding me a bit about Casio Kids and Datarock.

Next out on the smaller stage was KUUK. The band are rappers Mira Berggrav Refsum and Ragna Solbergnes, and their music is a punk variation of hip hop with lyrics that covers most of the taboos you can think of. Their performance is on the vulgar side, but it has a rawness to it that makes it more interesting than the opposite. They flirt with porn, sex and whoring in both their lyrics and their performance, but what makes it interesting, is the quality of their songs and the performance of the whole band. Some of the songs are really catching, and to me that is a quality in itself.

After KUUK, Admiral P entered the main stage with his reggae music, devoid of negativism. Admiral P is born in Zambia with a Norwegian father and Zambian mother, and lived there until he was 13 when the family moved to Oslo, Norway. He sings in Norwegian, but with a distinct accent that he has mad as his signature. His music style is reggae, but more uptempo and positive than traditional reggae. His band is very good, and he manages to engage the audience, making this concert the most fan friendly so far that day.

Sabina Ddumba was the last artist on the smaller stage Thursday. She is 21 years old, Swedish, and her music is soul and r&b. I had never heard or heard of her before, but she was a pleasant acquaintance with her smooth voice and good timing. I have to listen more to her music, but she definitely made me want to check out more of her songs. You can hear her songs here.

The headliner on Thursday, and the reason most of the audience came for, was d’Angelo. He has been away from the limelight for many years, until he made a comeback with a revenge i 2014 with his magnificent album Black Messiah. Between 2001 and 2014 he was on a 14 year hiatus, struggled with alcohol and drugs, but is supposed to be off the hook now. 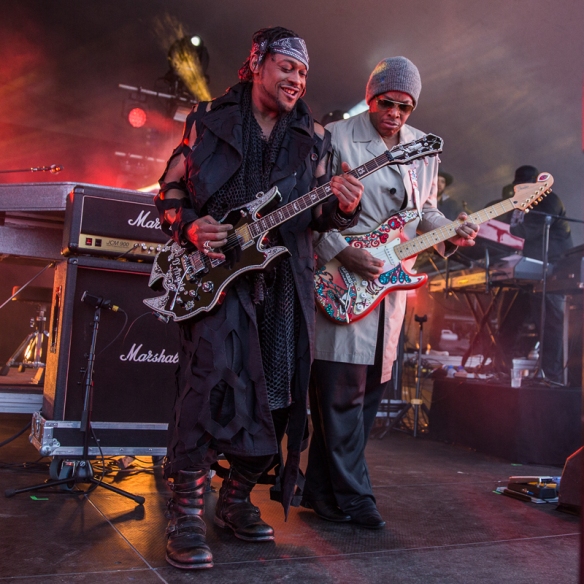 The concert was supposed to start at 9 PM, but d’Angelo let the audience wait for one hour. A small improvement from the concert the day before at the Skral festival in Grimstad, Norway. It is difficult to see a reason for this arrogant behavior, except stardom gone wrong. A brilliant artist like d’Angelo doesn’t need that kind of hype, and the only result is to piss off his fans. 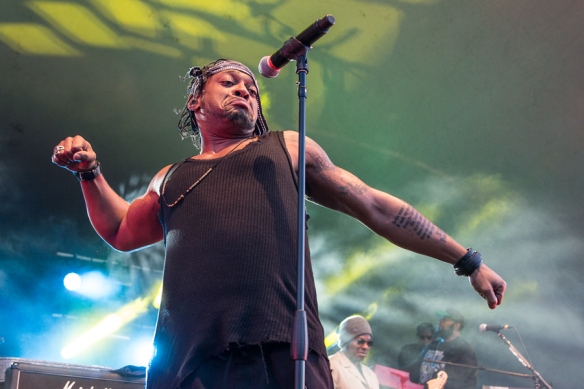 D’Angelo has a smooth and strong voice, he plays good guitar, writes great songs, and his performance on stage is really worth seeing. He has an incredibly competent band, and was in full speed from the start. Visually, as a photographer, d’Angelo is a dream to shoot, and to me his concert was the second highlight at the Oslo Fjordfest. I just hope he cleans up his act and stop behaving like a prima donna. Reports from the Molde International Jazz Festival tonight said that he cancelled the concert there because of illness. 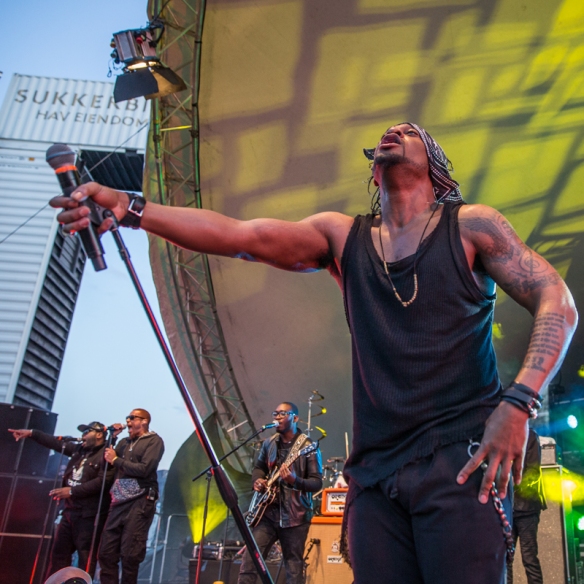