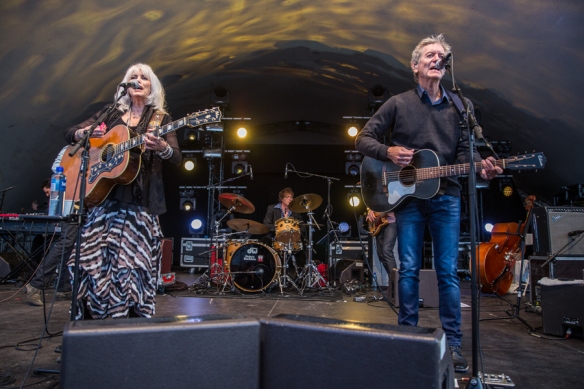 Oslo is a city with an active concert scene all year, but so far with very little activity in July. June and August see many festivals, and this year, Oslo Fjordfest is a new festival, placed in July. As a debutante, the festival have a realistic ambition, having 2015 as a test year. After attending both days, I am already looking forward to next year’s festival. (Picture above: Emmylou Harris and Rodney Crowell) 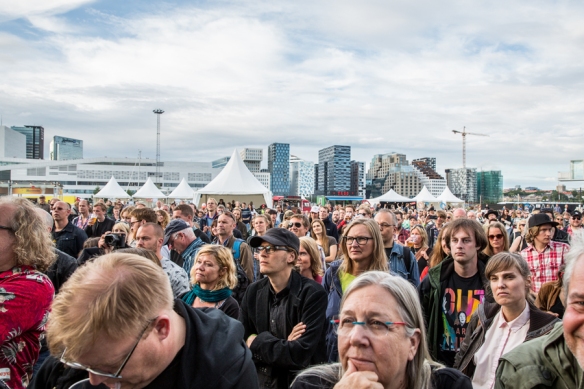 The location for the festival is behind Norway’s National Opera house on a small peninsula by the sea called Sukkerbiten (the Sugar Cube). The place houses a temporary restaurant from before, and with a big stage, a smaller stage and food stalls plus tables and benches for relaxation, it functioned very good as a festival venue. The organizers are veterans from the Oslo festival, concert venue, restaurant and club scene, and there was nothing amateurish about the organization of the festival. 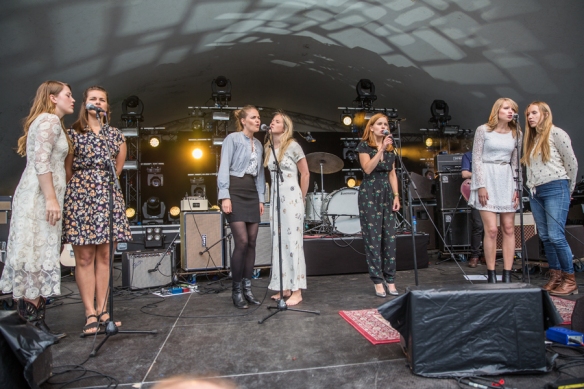 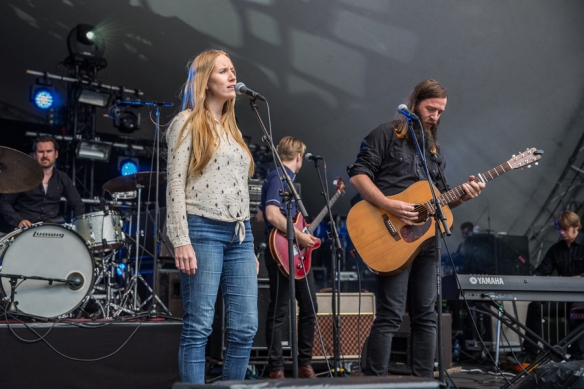 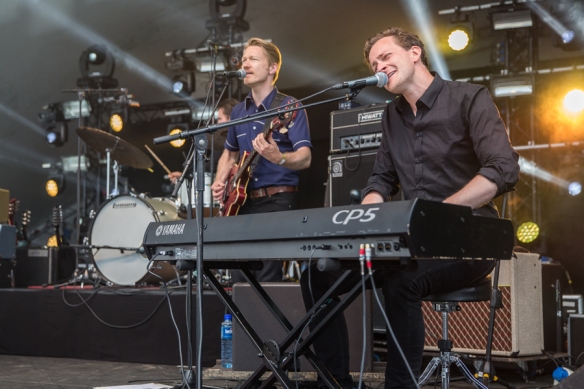 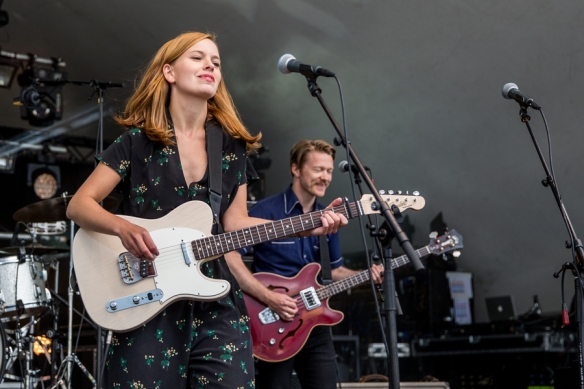 First out Wednesday was a collaboration between some of Oslo’s best younger country and bluegrass artists, Die With Your Boots On. The different artists did one song each, starting with Bendik Brænne with his song Curtis Came To Stay. After this we got a Norwegian version of Bruce Robison’s beautiful son Travellin’ Soldier, best known from the Dixie Chicks version. Torgeir Waldemar performed his version of Hal Ketchum’s song Past The Point Of Rescue, and so on. The last artist out was Marit Larsen, before all the female artists came together for an a cappella finale. 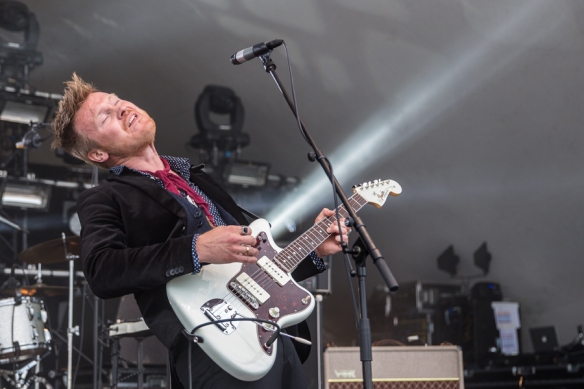 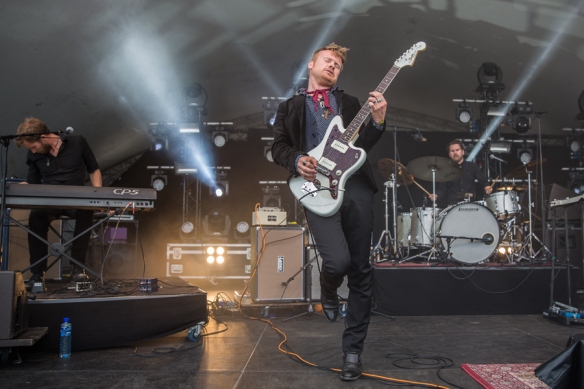 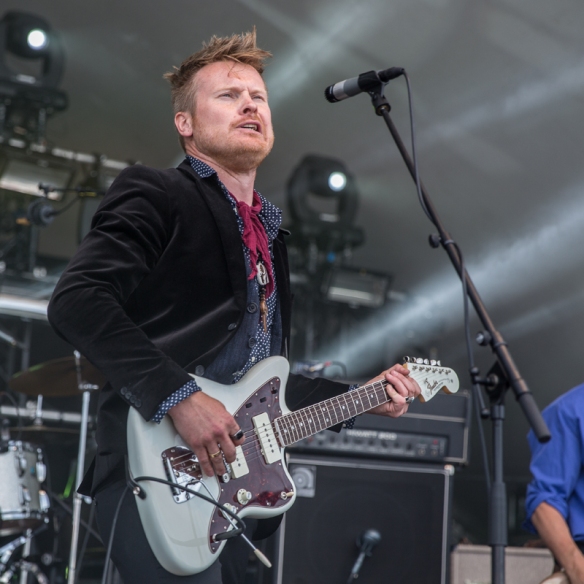 Amund Maarud was the next artist on the main stage. He started out as a guitar prodigy at 17, played in the house band at the Muddy Waters blues club in Oslo for several years before going solo with his own bands, and never looking back. Musically he has evolved from a blues artist to a blues rock southern rock artist. His guitar style is rough and effective, he doesn’t go off on long solos, but keeps it tight. His band is also tight, with his brother, Henrik on drums. 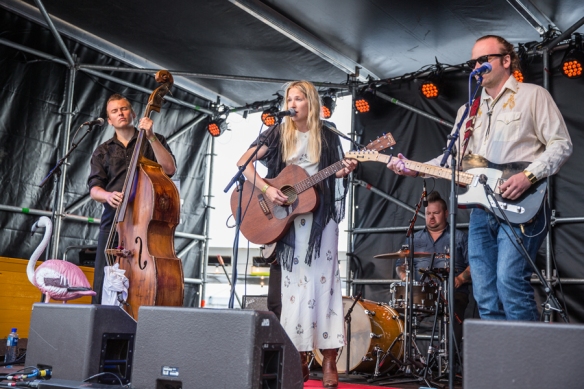 The first band on the smaller stage were Lucky Lips. They are a Norwegian bluegrass band with singer Malin Pettersen in front. I have seen them several times before, and they have expanded their sound with electric guitar since last time I saw them, so they probably wouldn’t be accepted by the traditional and conservative bluegrass fans. But to me it sounds right, and you can hear that the band has played together for a long time. In 2011 they were voted Best European Bluegrass Band. 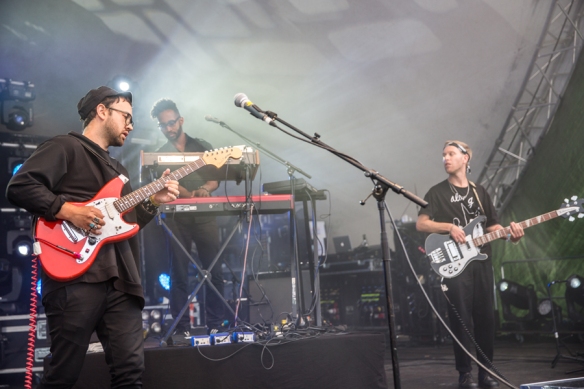 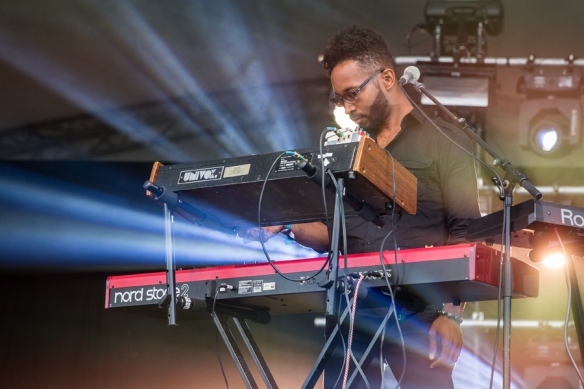 After Lucky Lips, the Unknown Mortal Orchestra from New Zealand and Portland, Oregon entered the main stage. They were totally unknown (pardon the pun) to me, but they were a positive surprise. Musically they make pleasant pop songs with a twist and with some delicious harmonies. Singer and guitarist Ruban Nielson is also the songwriter, and he leads the band in an unassuming, but still very effective way. 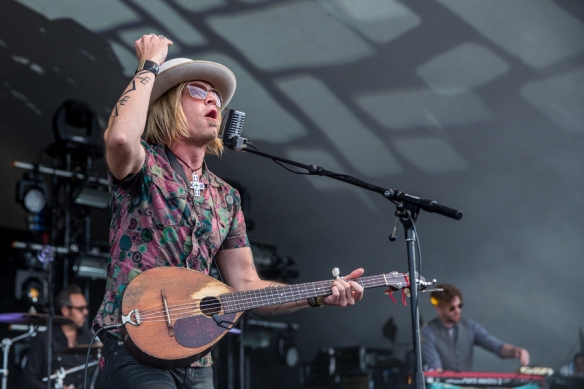 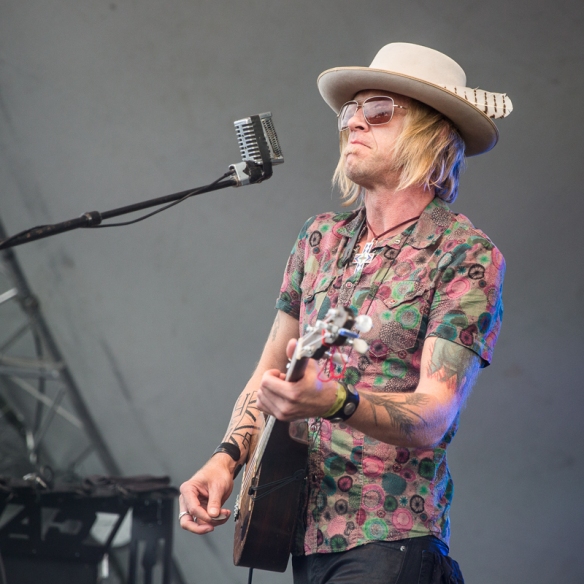 Next out on the main stage was Wovenhand from Denver Colorado. The band’s front man is David Eugene Edwards, formerly the singer of 16 Horsepower. Musically they are closer to world music with spiritual chanting and sometimes monotonous songs. I saw Wovenhand  three years ago at the Pstereo festival in Trondheim, and thought they were kind of strange, but ok. This time they didn’t bring a bass player, and I missed the added dimension from the bass. 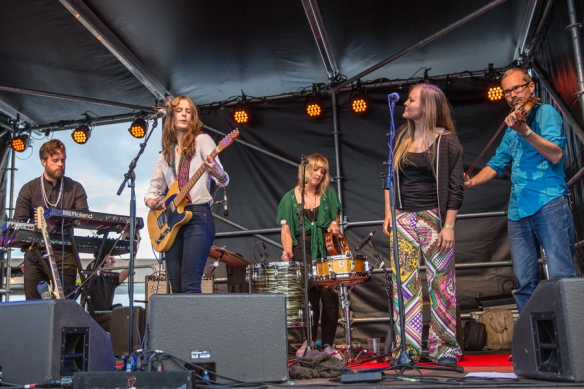 The last band on the smaller stage this Wednesday were Frøkedal og Familien (Froekedal and the Family). They are a band centered around Anne Lise Frøkedal and her songs. High quality indie pop with some good songs, and with Anne Lise Frøkedal on vocals and guitar. She has been a much used guitarist at the Norwegian indie scene for a long time, and also a member of I Was A King and Harry’s Gym, and it was about time that she fronts her own band. 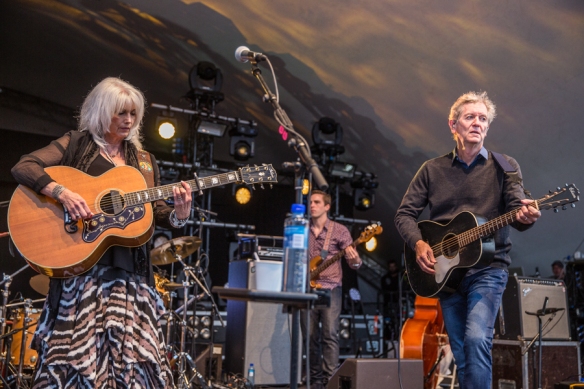 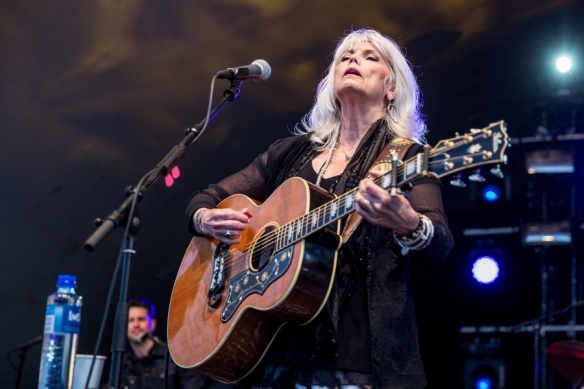 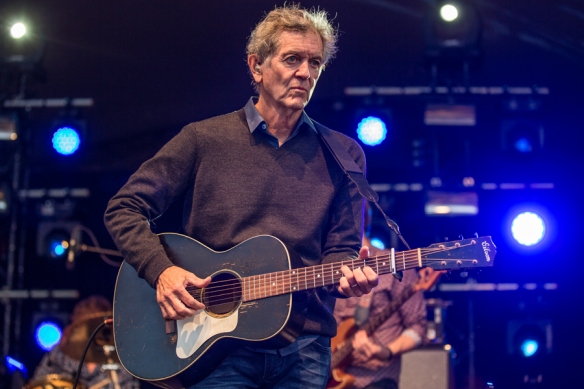 The last act, and what everyone were waiting for, was Emmylou Harris and Rodney Crowell. The shouldn’t need any introduction, having been part of the country, folk, Americana scene since the early 70’s, as solo acts and also playing together for a period in the 70’s. In 2013 they released their first duet album, Old Yellow Moon, and I saw them perform most the songs from this album at Antone’s in Austin during SXSW that year. That was a magical night, and my expectations were high for the concert at Oslo Fjordfest. 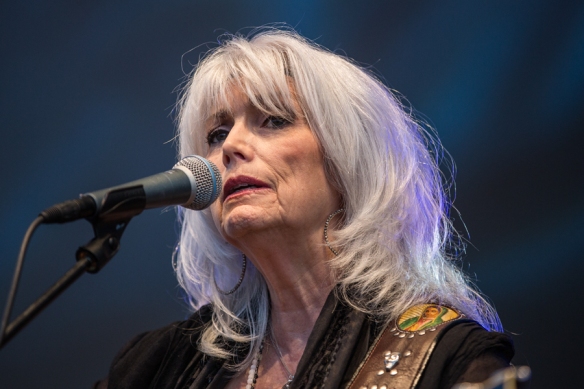 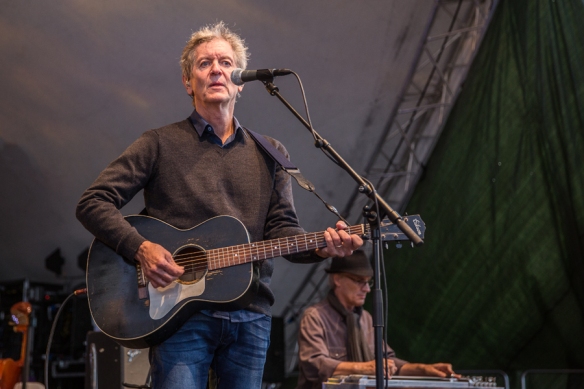 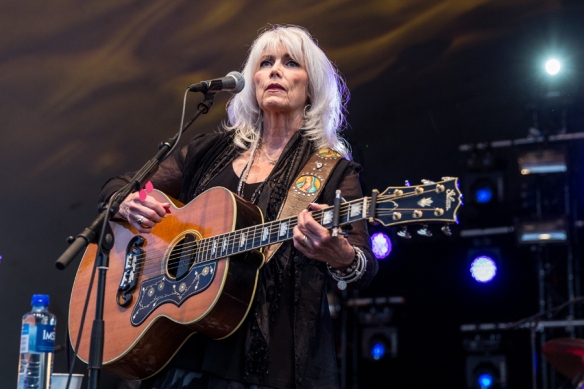 This year’s tour is to promote the musical couple’s new album, The Traveling Kind. Another pristine album that needs some listening, but which grows with every listen. On Old Yellow Moon most of the songs were covers, while they have written all but two of the songs on The Traveling Kind themselves. The concert was a tour de force through their duets and their solo songs, with a beautiful version of Pancho and Lefty early in the set. The 1500 who were there got one of the best concerts in Oslo in 2015, so far.

All pictures are © Per Ole Hagen and must not be used with out written permission.