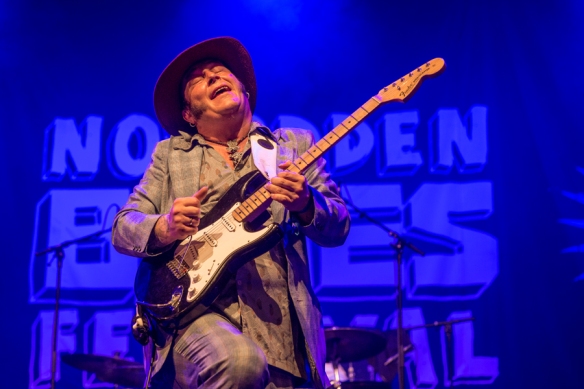 Yesterday this year’s Notodden Blues Festival opened. The opening show was well attended, with 3-4000 people, and the evening had three acts – Vidar Busk, Dana Fuchs and Mike Zito and Samantha Fish. This was my 21st year at the festival, and this is one of the festivals I look forward to every year. (Photo above: Vidar Busk)

Before the official opening of the festival, I attended a book release, Balladen om Vidar Busk (The Ballad of Vidar Busk), with the release of a double CD, Best of Busk as an extra bonus. If you want to know more about the music of this eminent artist, buy this CD, or wait until it will be released on your favorite streaming service. With his concert later yesterday, it is safe to say that the first night was Vidar Busk’s. 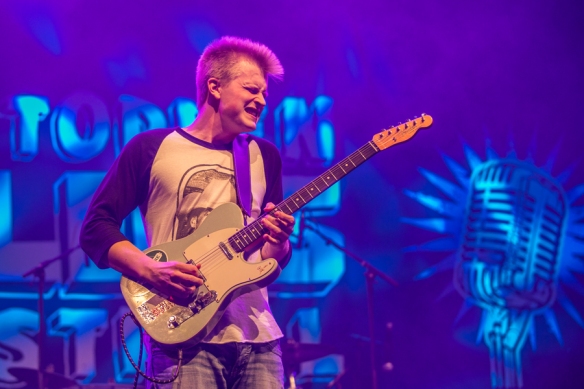 Magnus Berg At the opening, several of the artists who are playing at the festival gave a taste of what we will hear from them during the festival. Vidar Busk, Mike Zito and Samantha Fish, Daniel Eriksen, the new young Norwegian blues prodigy, Magnus Berg and Nikki Hill all played a song or two. The show is broadcast on NRK P1, and you can hear it again here.

Steven van Zandt An annual event at the opening, is the Blues Award, that this year was awarded Daniel Eriksen. The pleasant surprise at the show was that Steven van Zandt came out to give him the award. Van Zandt is visiting the festival, and he attend several happenings, mainly the blues seminar for the young musicians, and also today, the semi finals in the Union Blues Cup (Bues Challenge).

After the opening, everyone were ready for the first show of the evening. with Vidar Busk & His True Believers, for the occasion with the horn players. Vidar Busk is a fantastic guitarist and a very good singer, and with a band that has played with him off ands on for several years, it was a safe bet that this would be a great moment. Actually, many of us thought that this was one of the best concerts with Vidar Busk. On several of the songs, harmonica man Erik Bergene had the vocals, giving him a chance to show what an eminent singer he is. 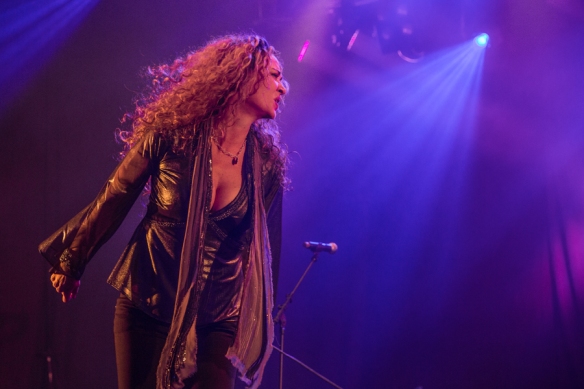 After Vidar Busk, Dana Fuchs entered the stage. She is a favorite at Notodden having played here several times already, and she always gives a good show. She has a strong voice and a very catching stage show. Personally I think she is good for a while, but not too interesting for a whole concert. But I accept that I am not necessarily in sync with the majority of the crowd.

The closing act Thursday was Mike Zito and Samantha Fish. The last time we saw Zito here, was with the Royal Southern Brotherhood. Snce then he has quit the band, coupled up with Samantha Fish and started touring with his own band, The Wheel. Mike Zito is an accomplished songwriter, an eminent guitarist with his own personal style, and Samantha Fish is also a great singer and guitarist by herself. Together they present a show where they back each other and also do songs together. I do recommend seeing them live!