Last week, on the day before the Pstereo festival, The Black Sorrows played in Trondheim. There aren’t many Australian bands that play regularly in Norway, the last one I saw was Tame Impala, and then AC/DC played here this summer. The Black Sorrows are maybe not as ell known as these two, but their super hit, The Chosen Ones, is better known than the band itself. (Picture above: Joe Camilleri) 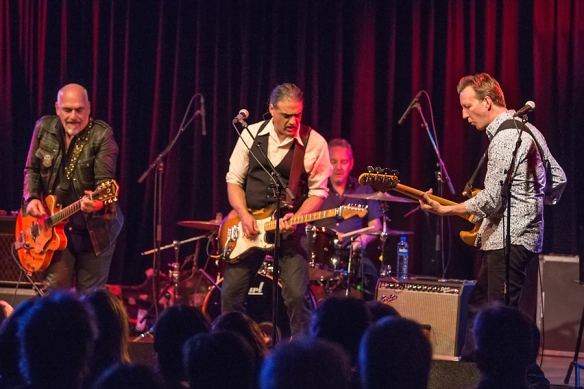 The Black Sorrows were founded a little over 30 years ago. Over the years, only singer, guitarist and saxophonist Joe Camilleri has been the only regular member of the band. At the concert in Trondheim the band consisted of Joe Camilleri, Claude Carranza on guitar, John McAll on keyboard Mark Gray on bass and Angus Burchall on drums. 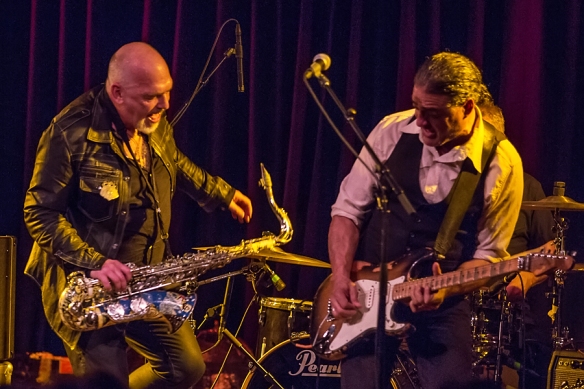 The band’s most productive period, and also the period when they produced their biggest hits. They started out as a nine piece band with accordion and a softer sound, but when they changed their line-up to a five piece band around 1985, the sound changed to what we still remember and like as the Black Sorrows’ sound.

Every time I hear The Chosen Ones on radio, I think of Van Morrison, before I remember that this is The Black Sorrows. They played it in Trondheim, too, but saved it towards the end. Before that we heard several of their other big and smaller hits, like Come On, Come On, Hold On To Me and Harley and Rose. The band is tight and well-played. Joe Camilleri is a charismatic front guy and a very good singer, and the audience had a great time. To me it was a good reminder of the strength of some really good songs.