Keep of Kalessin was formed twenty two years ago and is still playing together. They have had some personell changes, the most notable lately is that their singer, Thebon, left the band two years ago. The rest of the band has been the same for ten years, and you can clearly hear this when they are playing live. Thursday night they played at Rockefeller, celebrating the ten year anniversary of their label Indie Recordings.

The first time I became aware of Keep of Kalessin, was in 2007 when they played at by:Larm in Trondheim. The year after they played at the Oya festival, and I got one of my personal favorite shots of bassist Wizziac (check the photo at the bottom of this article). The next time I saw them was in 2010, at the Trondheim Rock festival. 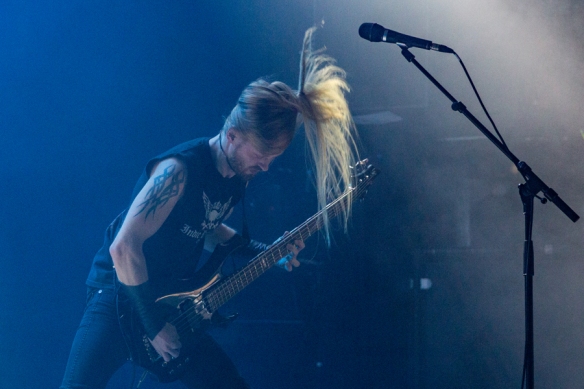 The same year they entered the Norwegian challenge for the European Song Contest, ending on the third place with their song The Dragontower. Their CD from the same year, Reptilian, did very well on the charts, and the following tour was the last tour for Thebon before he left the band. With no singer in the band, guitarist and founder of the band Obsidian C. has taken over vocals, with Wissiac on second vocal. This year’s album, Epistemology, is the first full length album with Obsidian C. as the singer. 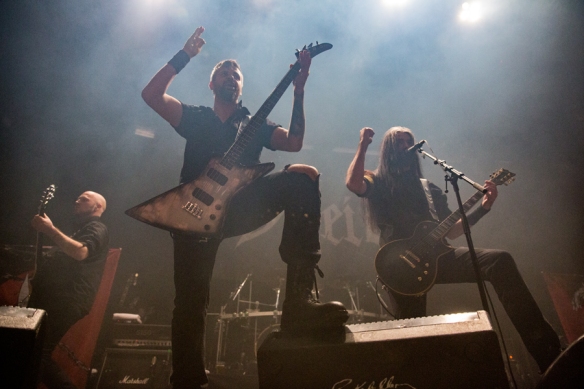 At Rockefeller, the band was headlining the last show of a Norwegian tour with Vredehammer and Vreid. I saw Vreid, who are were formed in 2004, and made a CD in 2007, I Krig (At war), with lyrics from the poet Gunnar Reiss Andersen, who were a member of the Norwegian resistance during the second world war. In 2010 they released a live recording from the Inferno festival, and they also released a single, Noen å hate (Somebody to Hate), a cover of one of the songs by Raga Rockers. 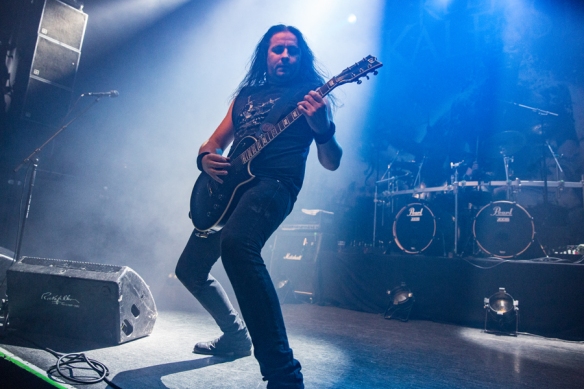 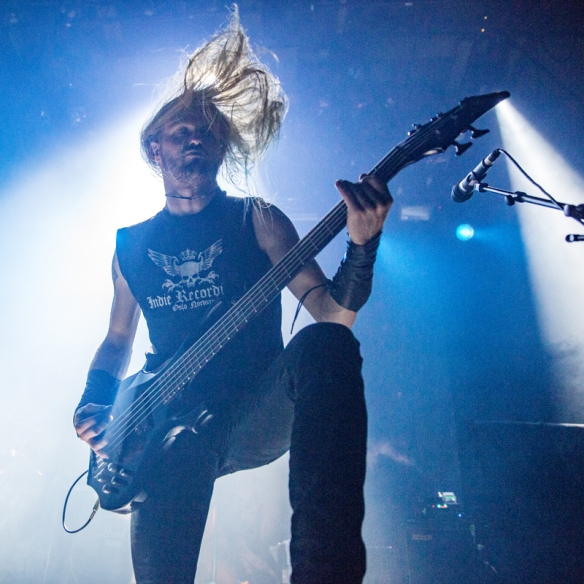 Keep of Kalessin is known for their melodic songs, experimenting with synthesizers and other instrument. At the Trondheim Rock in 2010 they used a male choir and horns, and this expands their sound, adding sonic details to their music. With Obsidian C. as an excellent guitarist, Wizziac with bass details, combining melodic, rhytmic and also playing chords, and Vyl’s impressive and tight drumming, this makes the band’s sound one of my favorites of the Norwegian metal bands.

Wizziac at the Øya festival in 2008