Last night Junipher Greene celebrated their 50 years anniversary as a band at the club Cosmopolite in Oslo. The band was active from the late 60s to 1982, then they had a comeback in 2008. Since then they have played regularly at festivals and a yearly concert Rockefeller in Oslo. 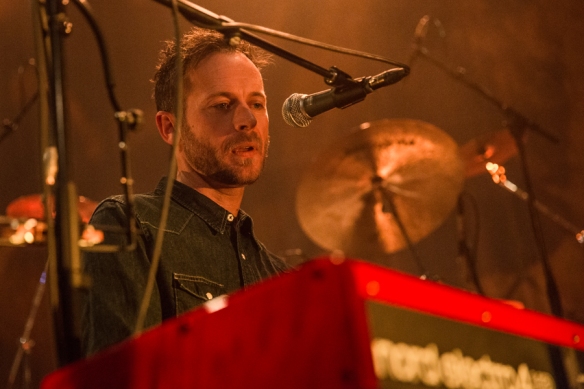 The venue was sold out for the concert, with a high percentage of the band’s old fans, plus many new ones. The celebration started with some of the band’s friends, and first out was Shaun Bartlett. He is known for his good songs and his good performance, among them the title song for the TV series Øyenvitne (Eye Withess), Savior Unknown, that was broadcast at Norway’s national broadcaster, NRK last year.The music for the series was written by two of Juniper Greene’s members, Bent Aaserud and Geir Bøhren.

After the band disbanded in 1982, Bøhren and Aaserud started their career as film composers. Their first success was the music for Orion’s Belte (Orion’s Belt) for which they won an Amanda Award (the Norwegian Oscar). The Svalbardtema (The Svalbard Theme)  is still one of the best film music themes in Norway’s film history. After Orion’s Belt they did other films, and won a  Spellemannpris (The Norwegian Grammy) in 1999 for the music to the TV series for NRK, Jul i Blåfjell (Christmas in the Blue Mountains).

The second guest at the concert at Cosmopolite was Claudia Scott and Jørun Bøgeberg. Claudia Scott is a long time friend of Juniper Greene, while Jørun Bøgeberg was a member of the band from around 1973-74 to 1982. They performed the song Magical Garden from the album Friendship from 1971.

Before Juniper Greene entered the stage, there was one more session, namely an interview by Finn Bjelke with the producer Harald Are Lund and the sound engineer Nils B. Kvam on the Friendship album. The album was the first double LP in Norway, and the band had to pay to make it, since their record company boss, Arne Bendiksen was exceptionally tight with his money. The record became a success, and it has become a classic album, selling for more than $500 second hand.

The producer, Harald Are Lund, or Clever Duck, as he is called on the album, is a radio legend in Norway, having had radio shows for NRK presenting alternative music for more than 45 years. He also produced other LPs, but Friendship is his masterwork. Nils B. Kvam was the sound engineer, and together they made an LP that it took many years to surpass in Norway.

When the band started in 1965, Junipher Greene was a straight blues band. They demonstrated this by playing a John Mayall song with the two founding members Bøhren, Aaserud plus Øyvind Vilbo, who entered the band a few months after they started. They introduced Freddy Dahl, who started in 1969, and went straight to the songs from Friendship with Witches Daughter. They also introduced keyboardist Jon Willy Rydningen, who has been with the band since their comeback, since their original keyboardist, Helge Grøsli became ill and couldn’t play anymore.

What made this night special, was the anniversary, and that all their old fans were present. The band played well, as they always do, but I have seen them even better at their yearly concerts at Rockefeller, where there is usually less nerves. (This is based on the first three quarters of an hour of their concert.) But the fans loved it, and I love to see them every time. If you have never seen them live, check out Friendship. After 44 years, it is still worth listening to, and s one of my favorite albums. 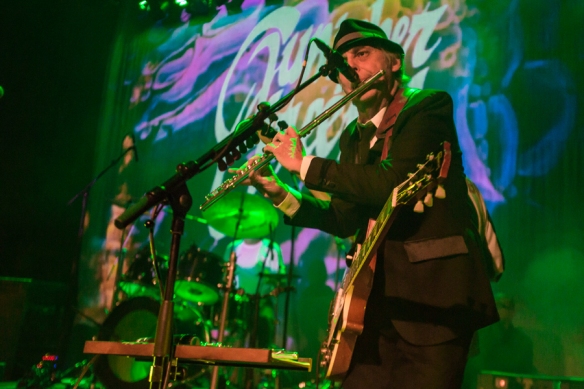 All photos are © Per Ole Hagen and must not be used without written permission.i