One of the best signs that Christmas is coming up, is the amount of concerts that are held from the end of November to Christmas eve. You have the typical Christmas concerts, where two or three artists go together to present a repertoire of known Christmas songs and carols, plus some of their own hits. Then there are artists and bands that have regular concerts in December every year. BigBang is one of these bands, and yesterday they held their pre-Christmas concert at Sentrum Scene in Oslo.

I have followed BigBang since the first time I saw them in 1999, at the Norwegian Wood festival in Oslo. They were a surprisingly good live band then, being newcomers on a big stage. Since then I have seen them at big festivals, big clubs, at showcases during SXSW and at Leeann’s Barn Dance in Austin. Whatever the occasion, they have great respect for their fans and give their best. 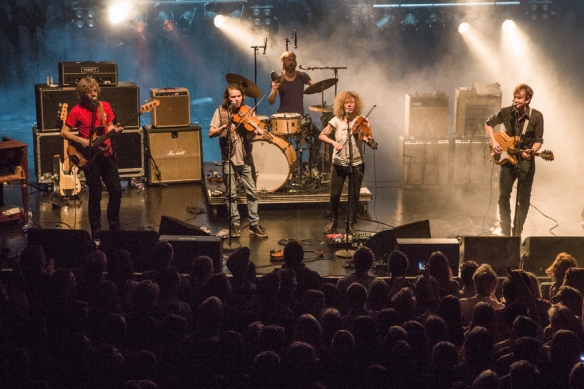 So also yesterday night, where Sentrum Scene was packed to capacity with their fans. The band also had some prominent guests, the first of them were fiddlers Tuva Syvertsen and Erik Sollid from Valkyrien Allstars. They joined the band on their first big hit, Wild Bird, playing the solo guitar parts on two Hardanger fiddles.

Other guests at the concert were front man Øystein Greni’s ex wife Maria Orieta and their daughter Julia. Guitarist Ola Geir Raftevold and Fay Wildhagen were other guests later in the concert. 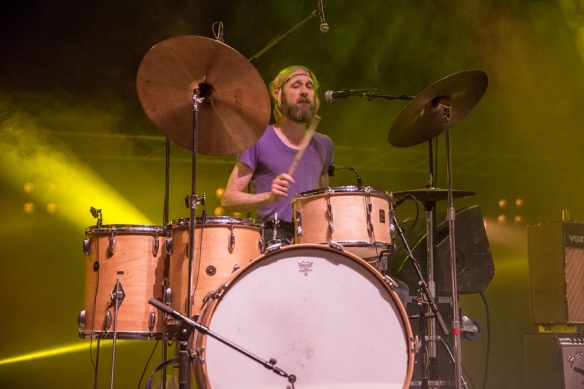 For being a trio, BigBang have had a surprisingly high number of members during their time as a band. Drummer Olaf Olsen is one of five, playing with the bad from 1999-2000, and then continually from 2001. Bassist Nikolai Hængsle Eilertsen is one of four bassists, also joining the band in 1999, but with a five year break from 2004 to 2009. The one constant member in the band is guitarist and singer Øystein Greni, who also write the band’s songs. 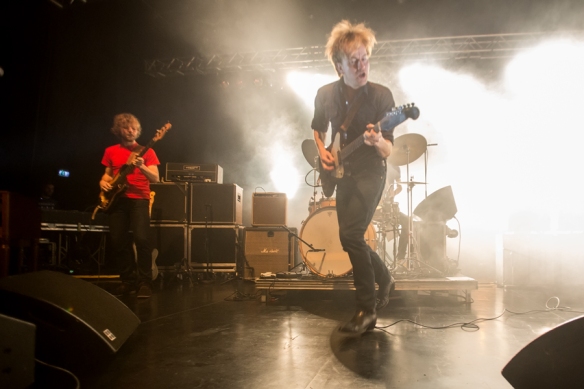 On stage, Øystein Greni is the obvious front man. He is high and low, on the egde of the stage, playing to the fans, and he also does some of the highest jumps I have seen. When he is in the mood and the circumstances allow it, he jumps out in the audience while playing the guitar.

Check out BigBang’s albums. They are good listening with quality songs, both original and also nice sing along ones. Each of the members of the band are excellent musicians, but the sum of them makes for a greater unity as a band. To me that is always the best. They have been characterized as Norway’s best live band, and except for some thoughts about ranking and competitions in music, I wholeheartedly agree. 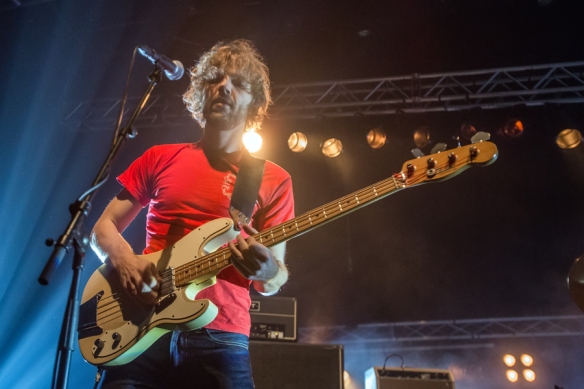 All photos are © Per Ole Hagen, and they must not be used without written permission.

1 thought on “BigBang in a Christmas Mood”