Norway does not have a specially impressive track record when it comes to music artists with international recognition. Except for male metal bands like Dimmu Borgir, Satyricon, Enslaved, pop acts like a-ha and Røyksopp and the newer DJs Kygo and Alan Walker, there are few male artists or bands that have made waves internationally. But in the last years a handful of female artists have started to get recognition also outside of Norway. Here are short presentations and photos of 13 of these. (Photo above: Ida Jenshus) 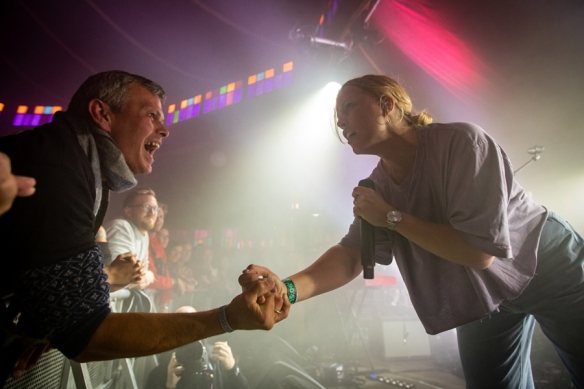 The first of these very talented artists to get recognition outside of Norway were Lene Marlin, Susanne Sundfør, Marit Larsen, Ane Brun and Maria Mena. Then Aurora came along, and last year Sigrid made a name after playing at the Jimmy Fallon show. Astrid S has had high stream numbers on Spotify for two of her song, Bendik is on a good track to be recognized, Gabrielle got a boost on her career from the TV series SKAM, and Emilie Nicolas, and Anna of the North have released good albums recently. 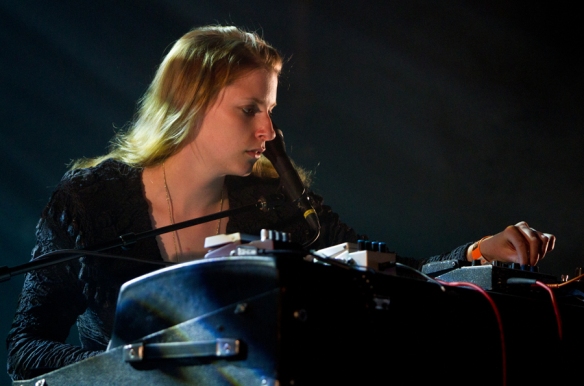 She started out as a singer songwriter and released her eponymously named debut album in 2007, twenty one years old. The songs from the album got instant radio play, and she followed up with several albums, turning more and more towards electro pop and away for the more organic sound she had at the start. During her so far ten year’s career, she has won several awards, had best selling albums and her last release, Music for People in Trouble sees her going back to a more organic sound again.

Marit Larsen started out as a teenager in the duo M2M with childhood friend Marion Ravn. After they split up, both went solo, and Marit Larsen has so far had several international hits and has a big following at the European continent and at the Philipines. Her songs are catchy, like If A Song Can Get Me You, but with depth that might not be obvious at the start, like I Don’t Want To Talk About It. 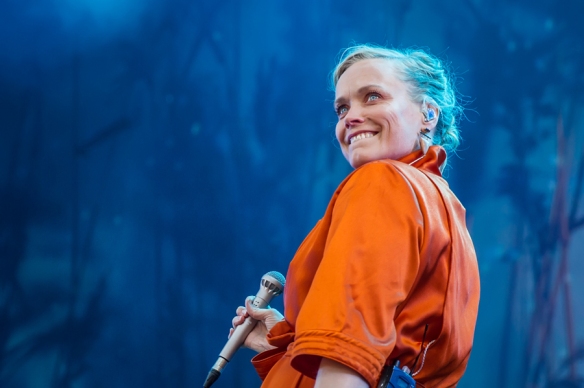 Ane Brun also started out as a singer songwriter with Spending Time With Morgan (her guitar). Then she moved to Stockholm, Sweden and things started to happen. She is a very accomplished songwriter, daring to step outside of the expected sound and instrumentation. Her music is always very personal, and she has often chosen unorthodox instrumentations on her recordings and also live. Ane Brun has also worked with Peter Gabriel, doing a remake of Don’t Give Up, where she sings Kate Bush’s part. Her latest album, Leave Me Breathless offers her personal cover versions of hits like Always On My Mind, Show Me Heaven, Big Yellow Taxi and more. 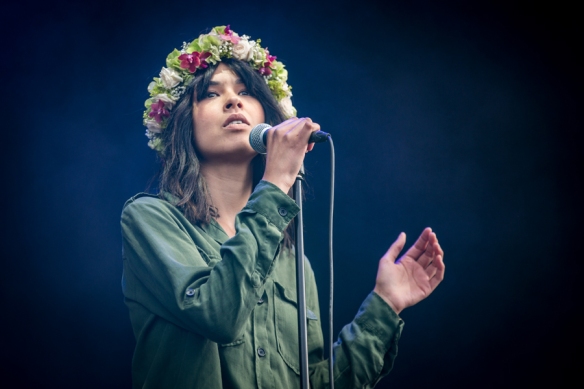 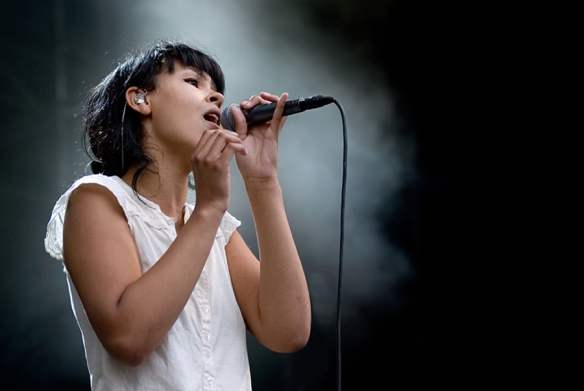 Maria Mena was sixteen years old when she released the album Another Phase in 2002 with the beautiful and sad song My Lullaby. She has made several songs about relationship and is quite outspoken, like in the songs I Don’t Want To See You With Her and Fuck You. Her Christmas song Home For Christmas is one of the most played songs before Christmas in Norway, and most of her albums have been gold or platinum certified. Maria Mena’s main market is the European continent, especially German and Benelux. She is also, together with Ane Brun 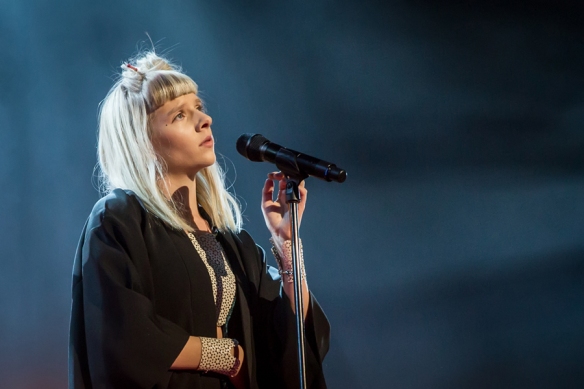 Aurora is from Bergen and is one of the artists at the music company made. She had her debut with the EP Running With The Wolves before she was 19 and has since become a well known name in many territories. She also has a very personal and interesting styhle in her live concerts. The latest news about her is that she will be featured with her version of Baby Mine in Tim Burton’s remake of the Walt Disney classic Dumbo. 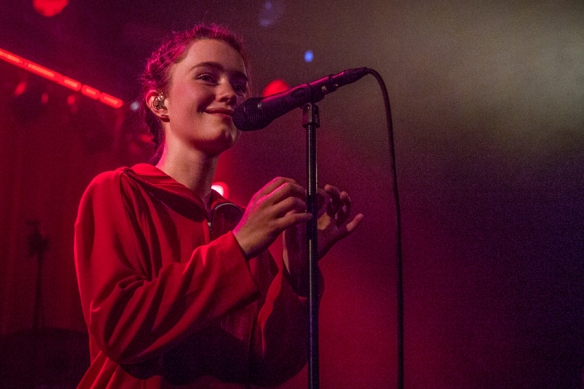 The newest star from Norway is Sigrid, who is also signed to made, like Aurora. Her debut came in 2017 when she was 21 with Don’t Kill My Vibe, and she performed at the Glastonbury Festival the same year. In 2018 she won the Norwegian Spellemannprisen as the best newcomer, and she also won the Sound of 2018 award from BBC after that. Sigrid has a freshness about her that makes you happy watching her, there is a natural way of moving that distinguishes her from many of today’s pop artists. 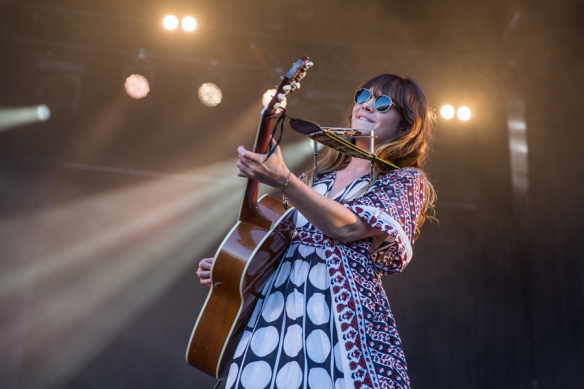 Ida Jenshus is a singer songwriter who makes music in the Americana tradition, and is the exception to the rule that all the newer female Norwegian artists are all pop or electro pop artists. She writes her own songs, and takes few shortcuts in her songwriting. Her debut came in 2007 in a TV talent program which she won, and she won a Norwegian Grammy for each of her three first albums. Her latest album, Two Worlds, was released in 2017. 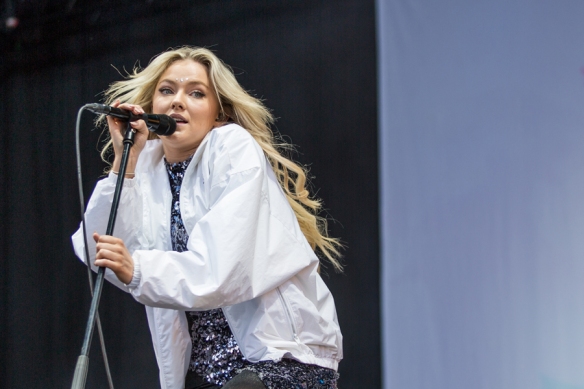 Astrid S, or Astrid Smeplass as is her full name was also born in 1996 like Aurora and Sigrid. Her career started when she was 17 and became #5 in the Norwegian version of Idol. She was signed to Universal Norway, and her singles Hurts So Good and Running Out have both fared well on Spotify with combined streaming numbers of more than 310 million so far. Astrid S is the most typical major company pop artist of those mentioned here.

Bendik is the band name of Silje Halstensen from Bergen. She has been active as a proponent of young female artists and has an indie approach to her own music. It is a mix of electronica and indie pop, and live she is jumping around on stage playing the guitar. Of all the artists mentioned here, Bendik is the most fun and also challenging to photograph. She sings in Norwegian and releases her on the Petroleum label, the same as Aurora and Sigrid. 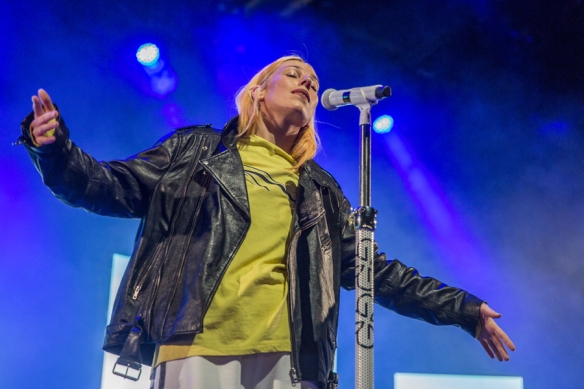 The career of Gabrielle got some serious new energy when she was featured in the Norwegian TV series SKAM with 5 Fine Frøkner two years ago. She has been around for many years, though, and has been the leading Norwegian female electro pop artist since her debut with Ring Meg, which reached #1 on the Norwegian charts in 2011. Gabrielle has a good live show with great use of colored lights. 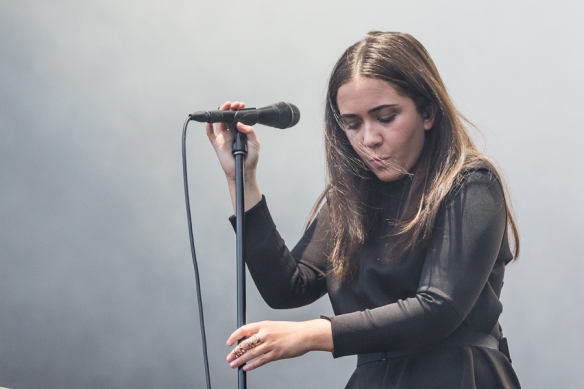 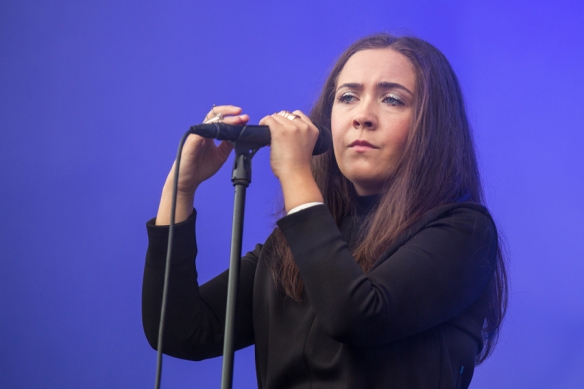 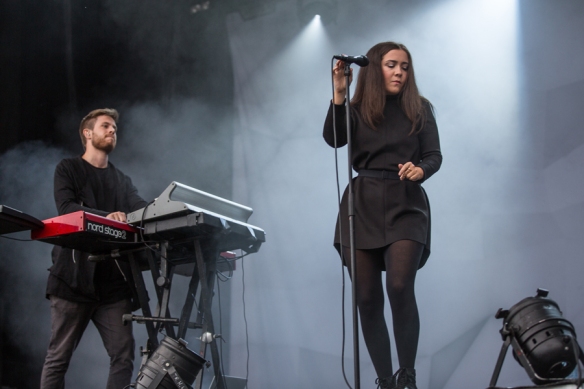 Emilie Nicolas debuted with a cover of the DumDum Boys song Pstereo and also as a live artist in 2013. In 2014 she  released her debut album Like I’m A Warrior, winning her two Norwegian Grammies. She played many live concerts and festivals in 2015, but disappeared from the scene for two years, caused by a brain tumor that was successfully removed. Late 2017 she was back again with a new single, Sky, and in 2018 she released the album Tranquille Emilie. Of all these artists, Emile Nicolas is the most introvert, making her an intriguing and highly fascinating exception.

12 Anna of the North 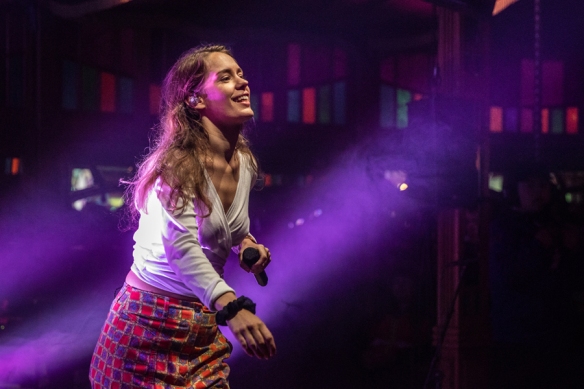 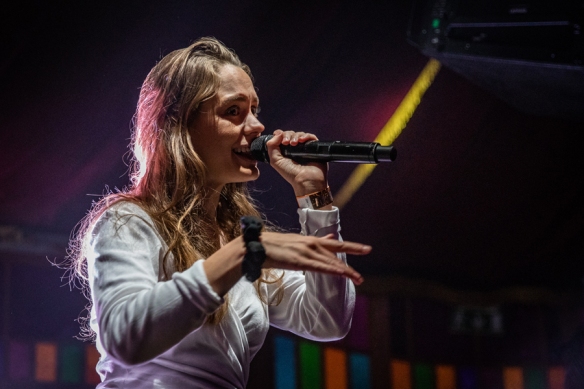 Anna Lotterud’s artist’s name is Anna Of The North comes from when she was a student in Melbourne, Australia and started her musical career with the song Sway in 2014. The song became an immediate internet hit, and the Chainsmokers made a remix of it. Since then she has moved back to Norway, been on tour with Kygo and is featured on an album with Tyler, The Creator. 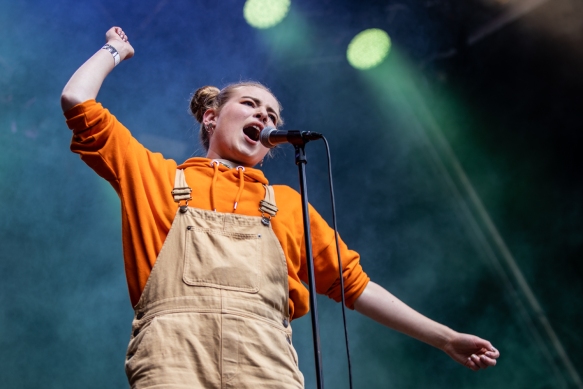 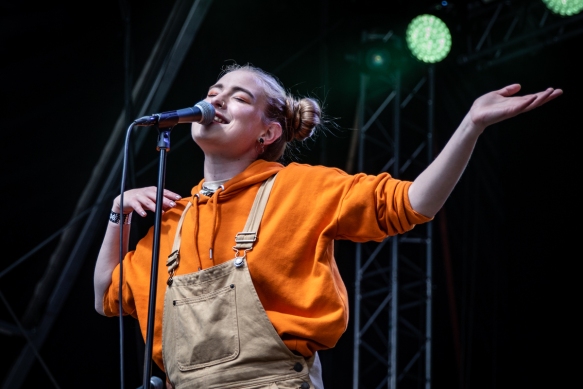 Fieh is an artist and a band. Her name is Sofie and she studies music at the Norwegian College of Music, together with most of the members of her band. They present an eclectic and funky mix of r&b, pop and hip hop with a jazzy twist. The band came to light last year and has got several festival bookings this year. I saw them at Bergen Fest, and I also hope to see them at the. Øyafestivalen in August. You can see them live at NRK here.

The audience of Astrid A at Bergen Fest.