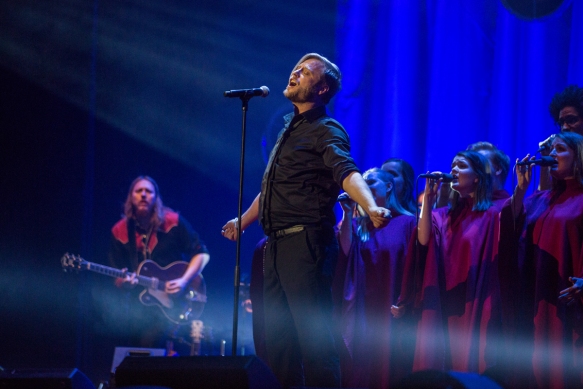 Norway has always had a special place for Leonard Cohen, for many reasons. One is that Marianne in So Long Marianne is Norwegian. Also because many of his albums and songs were huge hits in Norway, but often not recognized in the rest of the world. In 1993 the album Cohen på norsk was made with Norwegian artists singing his songs in Norwegian, and last night the artists from the album plus more than twenty others played a tribute concert at Oslo Spektrum. (Photo above: Odd Nordheim and Safari perform Hallelujah)