Lars Winnerbäck is one of the most exciting Swedish artists. His singer songwriter skills are surpassed by few, and he has been poring out songs for more than 15 years. During this period his music has evolved, through one man and his guitar, through Irish inspired recordings until his present organic rock based music. Tonight he visited Oslo on his Scandinavian tour and played for an enthusiastic crowd at Oslo Spektrum.

This was my third Winnerbäck concert. The first one was at Bergen  Fest in 2005, at a concert where he played for an enthralled audience alone with his guitar. If I remember right, the concert got rave reviews. Other artist at this year’s festival was Enslaved, Phoenix, Jools Holland and Lou Reed, but Winnerbäck was still one of the highlights. 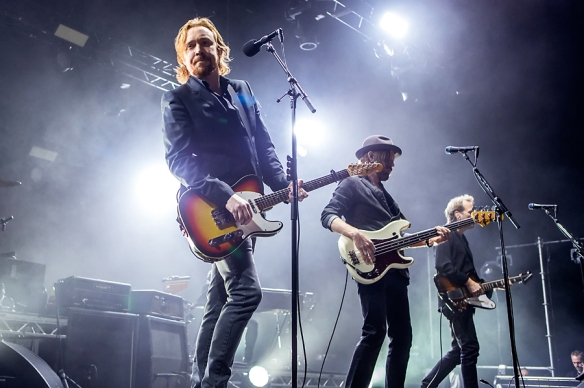 My second Lars WInnerbäck concert was last year at the Norwegian Wood Festival in Oslo. This time he had his band, Hovet with him, and how much I like singers with a guitar, it was a pleasure to hear the full band. Tonight he had the same setup at Oslo Spektrum, and he played songs from his newest CD Hosianna plus songs from earlier CDs.

Hosianna was released earlier this year, and it is his first CD in four years. The CD is recognizable in that Lars Winnerbäck always sound like himself, but there are some good songs there. The concert started with Vi åkte aldrig ut til havet (we never went out to the sea) with Winnerbäck alone with his guitar for most of the song before the band joined him on stage.

Lars Winnerbäck’s sound reminds me a lot of artists like fellow Swede Ulf Lundell and also Bruce Springsteen. All of them are storytellers with songs that are heavily text based, and their bands are also primarily based on a fat and compact guitar sound. Winnerbäck has two guitarists plus himself, keyboard, drums and bass in his band, and his band is extremely tight.

Lars Winnerbäck is also an artist with a dedicated and loyal fan base. Some of his fans follow him on his tours, catching all of the concerts. Some of them were in Oslo, too, obviously having a good time together with the rest of the 4000 in the audience. 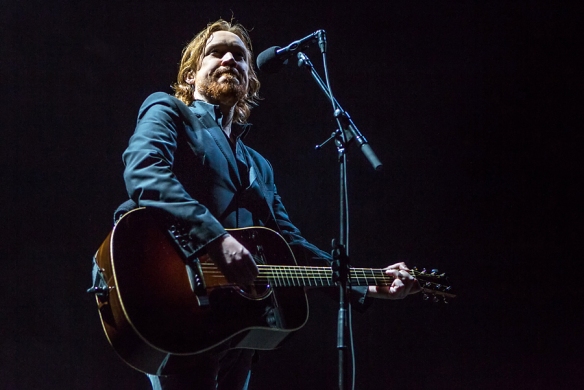 If you want to find out more about Lars Winnerbäck, my best advice is to start with his CDs. Hosianna from this year is a good start, then you jump to Kom! (Come!) from 1999, and after that Daugava from 2007, which is recorded in Ireland with Irish musicians. Live, Winnerbäck is energetic, his songs are good, the band is one of the best, and there are no distracting effects, except some tasteful visual effects on the backdrop. To me, that spells a great concert with the music as the main ingredient. 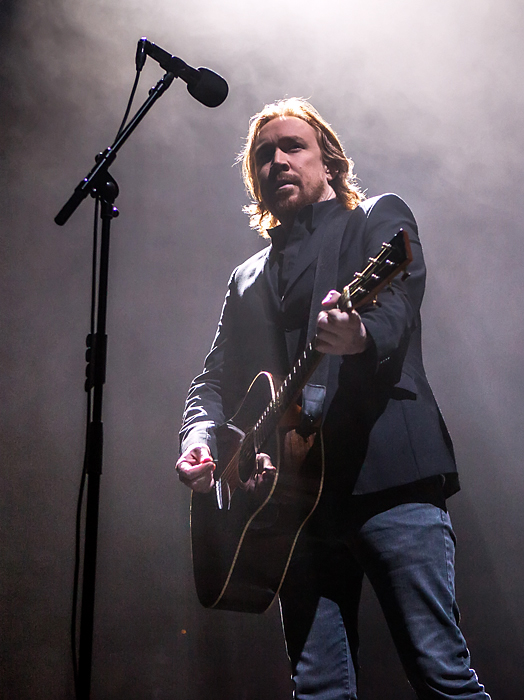