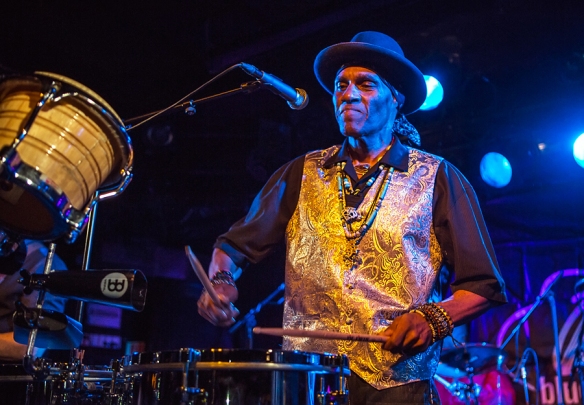 The definition of Southern Rock is a definitely loose one, without many objective criteria. It is more a term that has been put on bands like The Allman Brothers, Lynyrd Skynyrd, the Marshall Tucker Band and some others because they play music that mixes elements from rock, country, blues, and most important – they are from the southern states of the USA. Royal Southern Brotherhood is a band that might be classified as a southern rock band, and yesterday they played at John Dee in Oslo for Oslo Blues Club.

One reason Royal Southern Brotherhood has been labeled southern rock, is that one of the two guitarists in the band, Devon Allman, is the son of Greg Allman from the Allman Brothers. Another member is Cyril Neville, the younger of the Neville Brothers. He contributes the New Orleans touch that distinguishes the band from many of the old and newer southern rock bands.

The third member, Mike Zito, is a guitarist, singer and songwriter from St. Louis, and he, Allman and Neville founded Royal Southern Brotherhood together with ace bass player Charlie Wooton and drummer Yonrico Scott, who is also a member of Derek Trucks and Susan Tedeschi Band.

The band has so far released one CD, the self-titled Royal Southern Brotherhood in 2012. They played two concerts at the Notodden Blues Festival this year, and showed that the songs on the CD works just as well live. Last night’s concert at John Dee confirmed this. Royal Southern Brotherhood is a fantastic live band of the kind that don’t need many effects to be great on stage. They play their songs with a conviction that makes them work by themselves.

John Dee was packed last night with an audience consisting of a high percentage of people who saw them at Notodden in August. When asked, quite a lot also heard tem at both their concerts there. That means they knew the band’s songs, and the band didn’t need many seconds of the first songe before the audience was ecstatic.

Both Devon Allman, Mike ZIto and Cyril Neville are accomplished singers. All of them are also great songwriters, and they have released solo CDs beside their group. But Cyril is the most distinguished of them as a singer, and he also sings lead on most songs. Of the two guitarists, Devon Allman is the typical guitar hero, but Mike Zito has some licks that shows he is no slouch on the guitar either.

The songs of Royal Southern Brotherhood are typically guitar based, with the extra touch Cyril Neville gives them with his percussion. Yonrico Scott and Charlie Wooton plays both steady and funky rhythms, and the two guitarists never fights for the attention, splitting the solos between them. On the end of Fire On The Mountain they did an almost Allman Brother double guitar part. That lifted a song that in my opinion was too long with too few highlights.

My favourite songs by the band are Devon Allman’s I Left My Heart In Memphis, Cyril Neville’s Moonlight Over Mississippi, plus Mike Zito’s ballad Ways About You. We got these plus most of the other songs from their album, plus some of their solo songs. Pearl River, co-written by Zito and Neville, and sung by both of them, was a definite highlight for me. 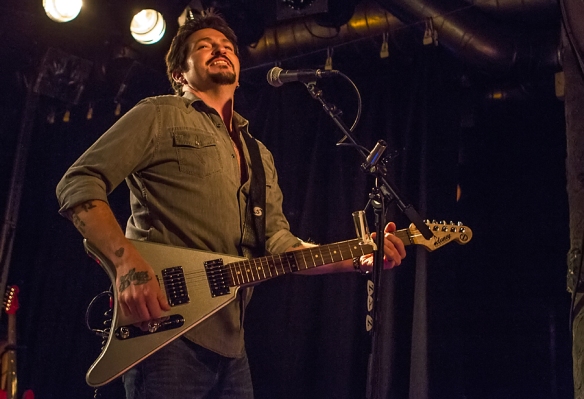 The band is releasing a live CD with a DVD, Songs From The Road late November, and I recommend it for everyone who likes this kind of music. Also for the Royal Southern Brotherhood fans who like them live better than on the studio CD. The live CD has great sound, and it emulates their live performance in a good way. Then we can just hope the band comes back to Norway again. I heard some rumors that we will get some chances to see them next year. I definitely look forward to that.