Luke Elliot is an artist in the musical landscape somewhere between Nick Cave, Bob Dylan, Jeff Buckley, Tom Waits, Warren Zevon, Neil Young – a landscape where you should have considerable talent and also courage to move into. But with Luke Elliot’s voice and songwriting skills, he stands on his own together with these masters. Tonight he played at Kampen Bistro in Oslo, for an exclusive audience. 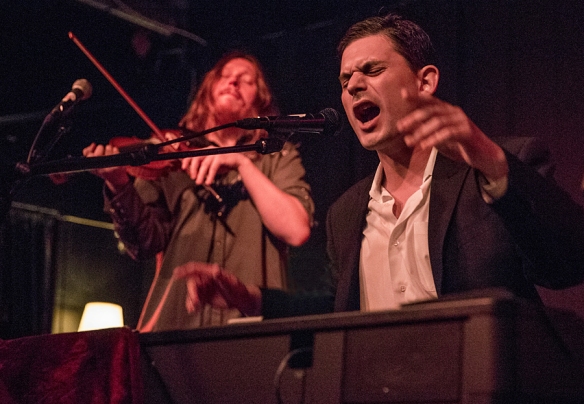 It is unfortunately typical for artists like Luke Eliiot that they are not well know among the general public, but those in the know are well acquainted with his music. I must admit I didn’t know anything about him until I got a phone call from Tom Skjeklesaether telling me to come down to see him. Tom is responsible for getting him to Norway, and he deserves many thanks for the initiative. 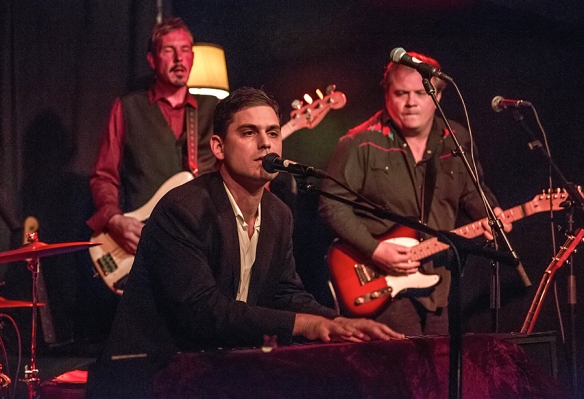 On stage tonight Luke Elliot played with The Salmon Smokers from Halden. They are Freddy Holm on violin, lap steel and mandolin, Omar Østli on el. guitar, Finn Tore Tokle on bass and Eivind Kløverud on drums. You will have a big problem if you want to find a better band than those guys for this kind of music. They play in different constellations in Halden, among them also together with Henning Kvitnes, then calling themselves The Boys In The Band. 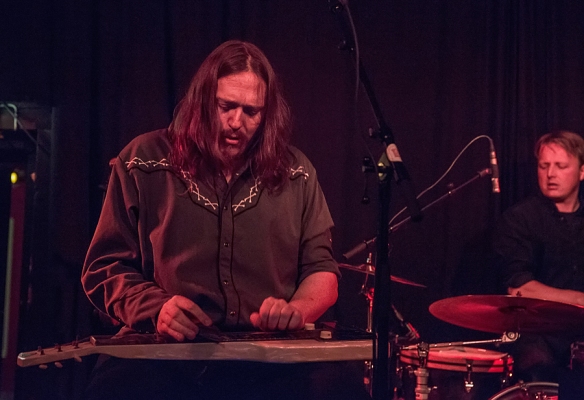 The concert was the third concert together for Luke Elliot and the band, and they sounded very tight, playful and also hard enough for Luke Elliot’s music. He has lots of dynamics in his songs, and isn’t afraid to start his latest EP with a song, Benny’s A Bum, in 7/8 meter. He and the band did a very good version of it and all the other songs live. His songs are not straightforward, but that makes them the more interesting. Together with his own songs he also presented other songwriters, like Tim Hardin’s Reason To Believe and Warren Zevon’s Boom Boom Mancini.

I always love to discover new artists that I haven’t heard of before. Luke Elliot has released two EPs so far, Death Of A Widow from 2010 and Provisions from 2014. He presented a couple of new songs at the concert, Trouble and Gun Of Mine, and I am already looking forward to his next release. 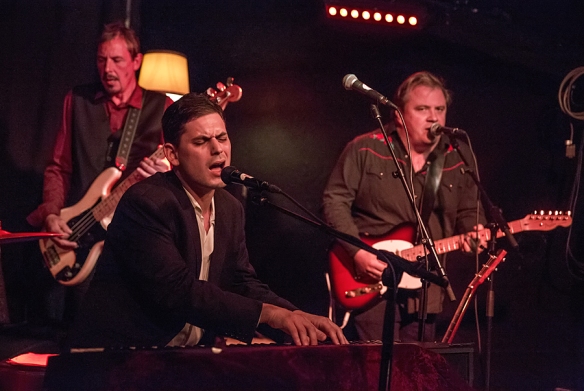 These are the songs he played: Get ’em While Their Hot, Trouble, Reason To Believe, Gun Of Mine, Benny’s A Bum, To Feel Your Love, Virginia, ballad Of A Priest, When That Great Ship Went Down, Let It Rain On Me and Boom Boom Mancini. 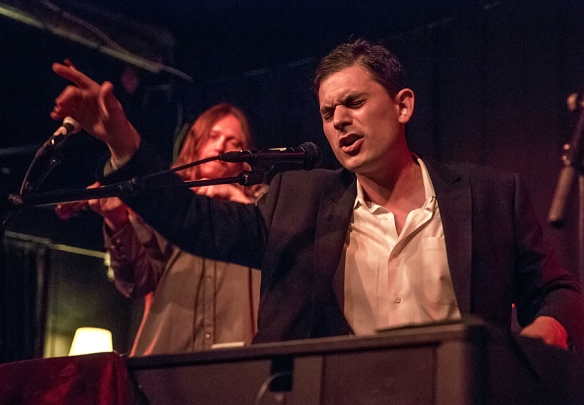 2 thoughts on “Luke Elliot With The Salmon Smokers”