The second day of the Steinkjer Festival had Timbuktu & Damn as headliner on the big stage, and Highasakite and Black Debbath at the tent stage. But before them many good artists and band played. I had special pleasure hearing Maria Mena, Skambankt, The South and Highasakite again. (Picture above: Timbuktu)

Like Friday, the arena was quite full, surely making a profit for the festival. That is a good thing, since the Steinkjer audience finally have understood the importance of supporting their music festival. It also seemed like they enjoyed themselves. I saw happy faces everywhere during both days.

The South was my first band on Saturday. They played the tent stage, a stage they also played two years ago before they released their debut album. They have become an extremely good live band, and their songs are very good. At the concert, they had a special guest on harmony vocals, Ida Jenshus. 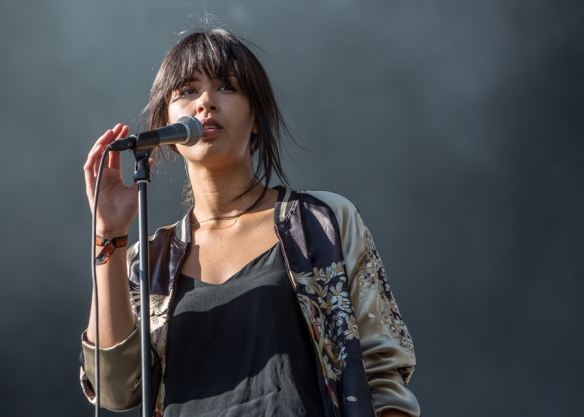 Maria Mena is one of my absolute favorite Norwegian female artists. She has sung intensely and personal songs since she was fifteen and still does. Her lyriccs have deeper meaning, even if she sings about the universal themes. Her voice is also tender and strong, and she always keeps a very competent band. 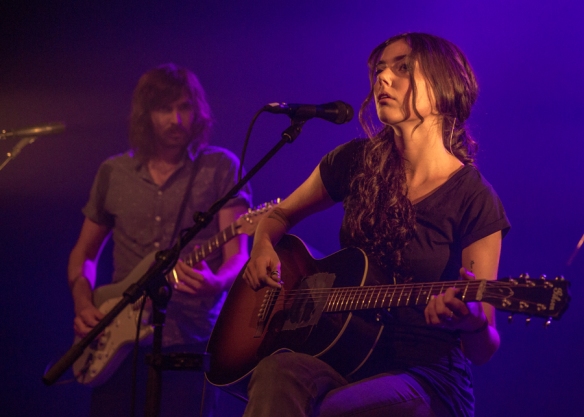 I saw Monica Heldal in Bergen two weeks ago, on a big stage. At Steinkjer she played the indoor club stage, a place that suits her intimate style very well. In spite of the good venue, the concert started with lots of loud talking from some in the audience who probably didn’t come first of all because of the music. But Monica manged this well and delivered a good concert, as usual.

Skambankt is a hard, punky rock band with one of the members from Kaizers Orchestra as a guitarist and singer. I have heard them before, and as long as Kaizers Orchestra was active, Skambankt came on second place. Now they have the time to concentrate fully on the band, and they are noticeably better now than the last time I saw them. Skambankt played the big stage with the sun straight on. I will se them at least twice more this summer, and on stages that better suit their style.

Highasakite have been in Japan and the East since I saw them in Bergen two weeks ago. They were good in Bergen, but even better at the tent stage at the Steinkjer Festival. The stage was more intimate, which suits the band perfectly and made the concert one of the best I have sen with them. Their music is still some of the best that has been released this year, and Highasakite is a band that I will follow closely in the future. 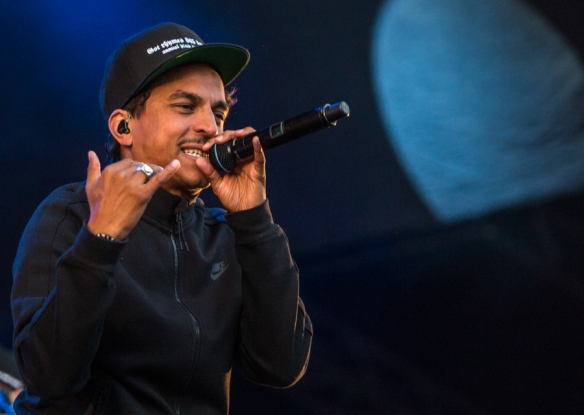 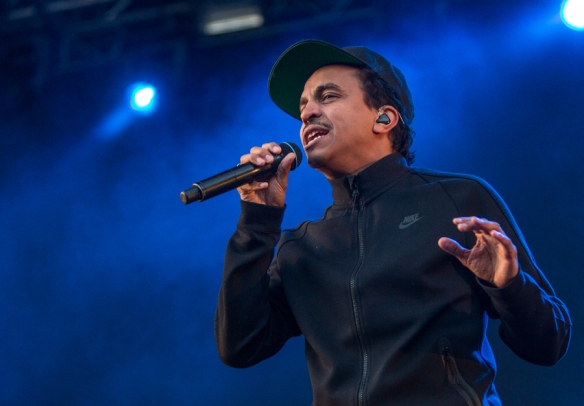 Timbuktu is the most famous Swedish rapper, and the one with the most pronounced political  stands against racism. He raps with his band, Damn, and that always makes hip hop more palatable to me. Timbuktus music is also more based on melody than many of his contemporary rappers, and I enjoyed the concert a lot. 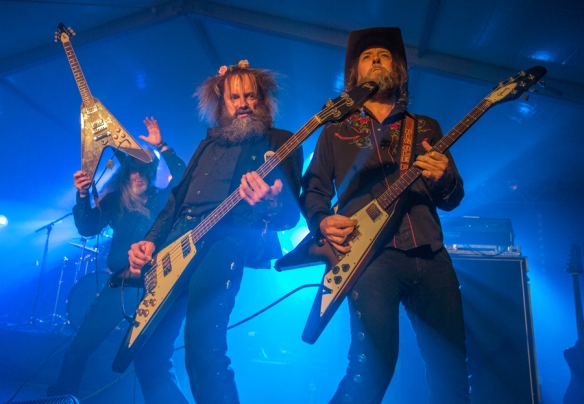 Black Debbath is a weird band – surrealistic political lyrics sung to hard rock. if they hadn’t been as good musicians as they are, they would have been a comedy act, but they sound really good, and some of their songs are close to hits. After having seen them several times, the last time at Tons of Rock a week ago, I know their set quite well, but still they sound fresh to me. Yesterday’s concert had a different line-up than usual. Aslag Dorumsgaard wasn’t on stage, so the drummer, Ole Petter Andreassen played guitar, and then they had a new guy on drums.

The Steinkjer Festival has grown to a good size, with 4500 people inside on Friday and around 4200 yesterday. Even if this years line-up wasn’t the strongest they have had, they will make some money. That will be welcome when they are going to celebrate their ten years anniversary next year. Hopefully I will be there then, too.

All the pictures are © Per Ole Hagen ad must not be used without written permission.