I have been attending Steinkjerfestivalen (The Steinkjer Festival) for some years, and seen it grow from an ambitious local festival to a big event. Last night was almost sold out, with more than 5.500 people attending, and tonight is all sold out, so total attendance for two days will be around 12.000. For a local festival in a town of slightly over 20.000 inhabitants, located 80 miles north of Trondheim, these are impressive numbers. The program is also impressive, with a mix of different styles, but it works like a charm. (Photo above: The Dogs) 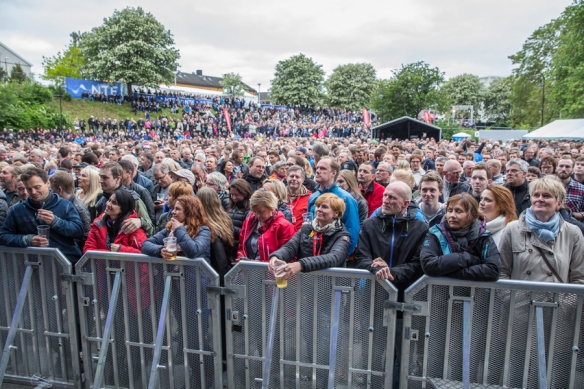 Yesterday I saw Roger Hodgson do his “Best of Supertramp”, I saw Seigmen do the same show as last weekend at Tons of Rock, but with much better lightning, and I saw the new Norwegian hardcore band, The Dogs. In between I saw many other bands and artists, and here are photos of them.

First out was Aurora, 18 year old from outside of Bergen, and one of the new fast rising singer songwriters in Norway. She is very charming to watch on stage, using her arms to emphasize her lyrics, and she has an impressive voice. Clear, strong voice, and she sings with total control. I last saw her in Bergen two weeks ago on the big stage, at Steinkjer she performed at a smaller stage in the tent, and I personally liked this even better than in Bergen. Look out for Aurora, she will hopefully become big, she definitely has got the talent.

The first artist on the big stage was Hans Rotmo. He was the man behind the vastly popular Vømmøl Spelemannslag in the early 70’s, mixing marxist-leninist politics with a center-periphery environment. Vømmøl (Voemmoel) was the small place without industry, where people cared about each other, while Porcelensstrand was the industry town where the capitalists ruled, and where everything gravitated towards. Lately Rotmo has showed some murky thoughts and standpoints on immigrants and islam, and there was some tension before he went on stage. I didn’t see more than two songs, but the reports I got was that this wasn’t his best performance.

My next two consorts collided, so I didn’t see much of Sugarfoot before I had to rush over to see Luke Elliot. Sugarfoot is a band from Trondheim with members coming from different other bands. They play country rock inspired music with strong influences from Crosby, Stills, Nash, and also from The Flying Burrito Brothers and Gram Parsons, They manage to produce music with a strong personal touch, and I can strongly recommend their 2014 release, Big Sky Country. 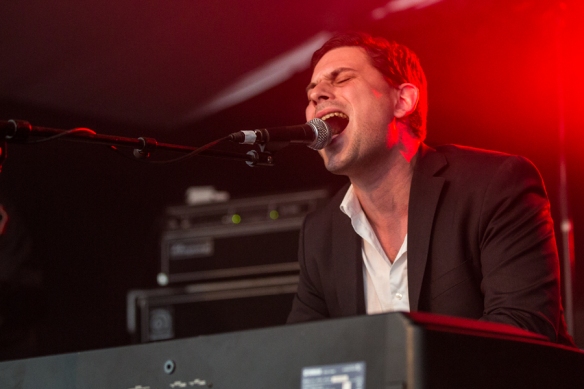 Luke Elliot was new to me when I was strongly recommended to see him at a small venue in Oslo last September. He has played with Norwegian musicians, and his upcoming album which was recorded at the Athlete Sound studio in Halden, Dressed for the Occasion, will be released in September. Musically Luke Elliot is based in the same landscape as Nick Cave, Tom Waits, Jeff Bukley and Neil Young, combining soaring lyrics with harsh melodies performed with a passion that is obvious from the first note. Live he plays piano and guitar, and at Steinkjer he had a band that I haven’t seen before, but which made an impressive job with his songs.

From Sugarfoot and Luke Elliot I went down to the main stage and Roger Hodgson. He was the main architect behind Supertramp, and he wrote most of their songs. Supertramp was never recognized as an “important” band in the rock history, but their songs have survived better than many of their contemporaries. Songs like School, Breakfast in America, The Logical Song are all classic and are played on radio all ver the world.

I saw Roger Hodgson at the Norwegian Wood  in 2010, and the performance yesterday was just as good, or – said in another way – he hasn’t evolved since then. But with an artist like Roger Hodgson, that doesn’t matter. The songs are just s good, the band (the same man on saxophones as in 2010) performs well, and the fans had a great time. Sometimes that is just what you need, and I will see him again anytime. 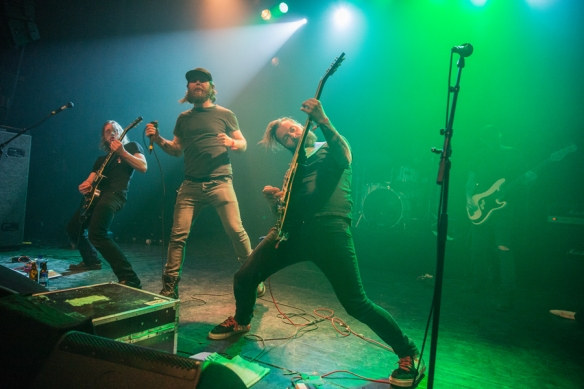 From the big outdoor stage I went in to the club to see Dunderbeist. They are a heavy metal band with influences from hardcore and some stoner rock, and their show is perfect for a club stage. Like with Aurora, I liked their show at Steinkjer even better than at Tons of Rock last weekend. Look out for Dunderbeist!

Seigmen was the last band out on the big stage. They also played at Tons of Rock and did the same show at Steinkjer. They are an impressive band, aging their main period in the 90’s, when they defined what was hard rock in Norway. They have had some comebacks after they quit in 1999, and their tour this year looks like being their best so far. As a photographer, it is always a positive challenge to shoot Seigmen. So far their performance at Steinkjerfestivalen was the best from a visual point of view.

Charlie Rackstead and The Sticklesbergen Ramblers is a cult phenomenon where they translate Norwegian rock songs to English and play them as country and bluegrass songs. It seems kind of weird, but it sounds quite good. The musicians are high class, and the singer, Rune Nilsson, has a good voice. I saw just a bit of them, but heard more of the concert from the press room. For Norwegian, it is great fun to hear our rock classics from the 80’s and 90’s played like this, for foreigners it met be a surrealistic experience.

The Dogs were the last band out this Friday. They are one of singer Kristoffer Schau’s bands. He is part of the same group of musicians as Black Debbath, coming from the Duper record company. The Dogs is a newer band, who Mungo Ninjas and The Cumshots plus Hurra Torpedo (the “kitchen appliances band”) are others. The Dog’s style is garage/punk, and they have been hailed by Little Steven, placing their song Crime is Sexy as the best song of 2014. The band plays tight and strong backing for Kristoffer Schau’s energetic singing and performance, and it was a perfect way to close the first day of Steinkjerfestivalen this year.