The last day of Stavernfestivalen 2016 was sunny and warm, like Friday. And like the other days, the first act was a well known artist, to draw the crowd to the venue early. Around 10.000 people in all ages came this day, bringing the total to over 30.000 for the three days. That’s an impressive number, and the good thing for the festival is that the venue can take more if they want to next year. (Photo above: Ellie Goulding)

I will point out three things that impressed me at Stavernfestivalen: 1) The high number of female artists. Of the 32 artists 11 were female, and the headliners Friday and Saturday were both female. 2) The mix between styles and target age groups for the artists, resulting in an audience between teenagers and 70 years old. This also means that the different generations ”controlled” each other, resulting in less rowdiness and drunkenness all over. 3) The venue is perfect for a festival, with a big field for the two big stages, and another field a bit higher up for the third stages. And everything within a short walk. Even with 10.000 people it didn’t feel crowded. 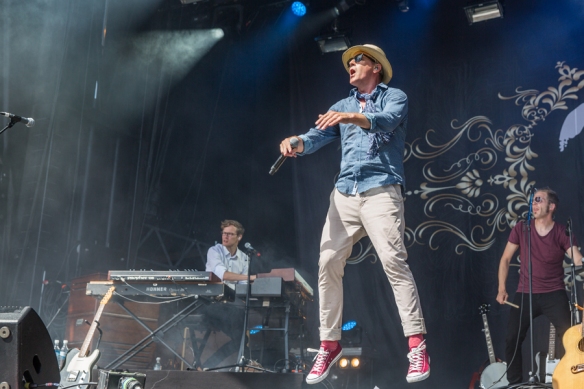 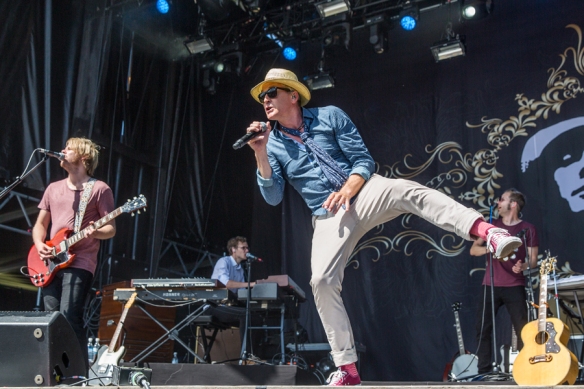 The first artist out Sturday was Morten Abel. He was a big name in Norway in the 80’s and first years of the new millennium, first through his band Mods, then September When, and then as a solo artist. All together his different projects have sold more than 1 million albums, making him one of Norway’s most succesful recording artists. Morten Abel is also a good live artist, with an easy and frisky style, jumping up and down, and working the audience in a positive way. At the concert he played a mix of older and newer songs, and got well deserved responses from the crowd.

After Morten Abel I saw the Swedish duo Smith & Thell, also known as Maria Jane Smith and Victor Thell, at the third stage. They are an interesting singer songwriter duo with some good organic songs. They started out as an electronica band, but have come back to their organic roots lately. Personally I applaud this change, and they presented a nice and cosy concert at Stavern. 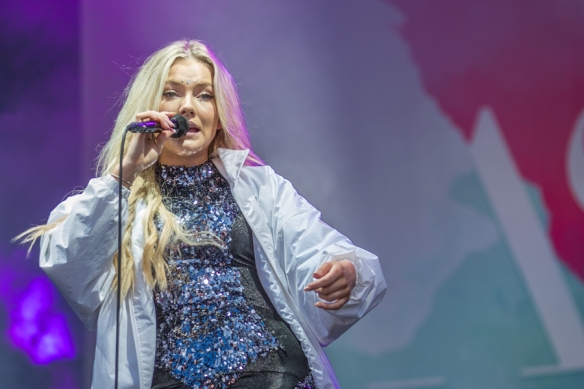 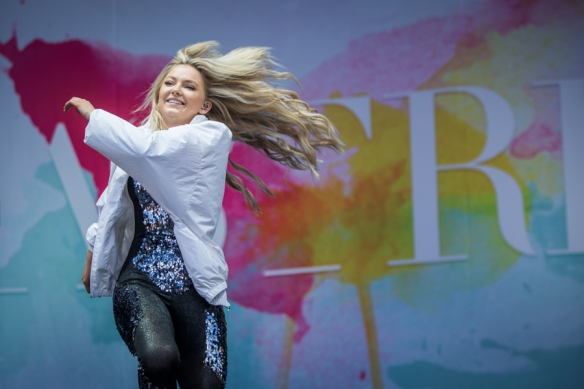 Astrid S is one of the main priorities of Universal Norway, with great success for her songs so far. Running Out has been streamed more than 100 million times, and she has also had success with her cooperation with Avicii on the song Waiting for Love, that has been streamed three times as much. In 2013 she came in fifth in the Norwegian TV program Idol, but she hasbcome more succesful than those that came in before her that year. Like many artists in her style, she performs live with a minimum band, with most of the music being precorded. That way her performance alone is the main focus. Astrid S is an ok performer, but personally I feel she lacks a bit before she can fill a big stage with confidence. The fans loved it, though. 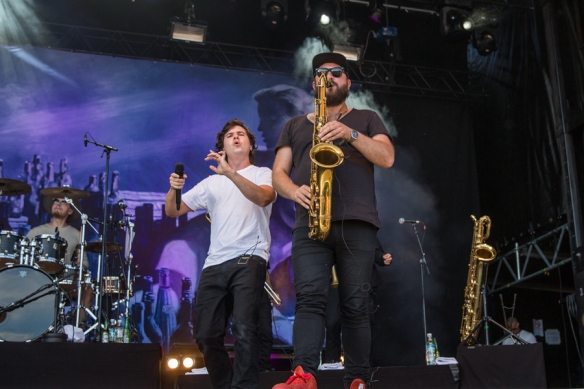 I had never seen Lukas Graham live, and just barely noticed their name. But they convinced me that there is hope for some great vocal performances also in the future. Singer and front guy Lukas Forchhammer has a fantastic voice, and they write some really good songs, meaning both popular and also high quality songwriting as such. On stage everything centers around Lukas Forchhammer and bassist Magnus Larsson. They have a boyish charm that feels both right and good among all the calculated moves from many of their colleagues. Lukas Graham was of the musical highlights for me at the festival.

Sivert Høyem is always high quality, and I have enjoyed him all the times I have seen him, both with his former band Madrugada and solo. Lately at Bergen Fest in June. It is always a joy to see an artist who puts the music and the songs in the front seat, and also with such deep and majestic voice. His band is solid, and accompanies Sivert Høyem in a perfect way, giving him the space he needs, and also pushing the songs forward. If you haven’t seen him live before, check him out. In the meantime you can enjoy his recorded music as a solo artist, and also with Madrugada. 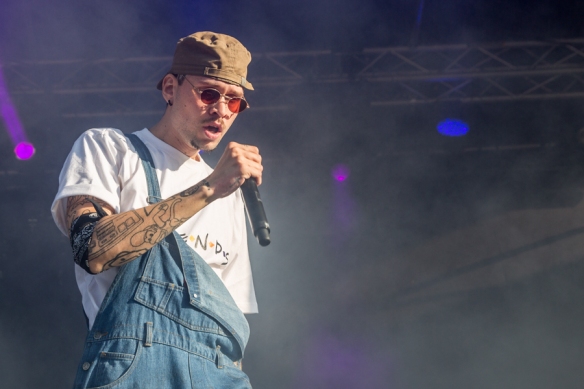 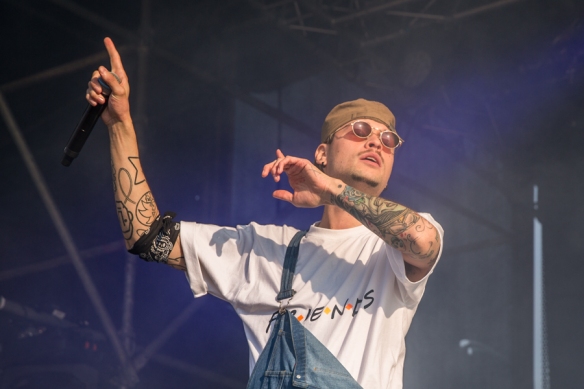 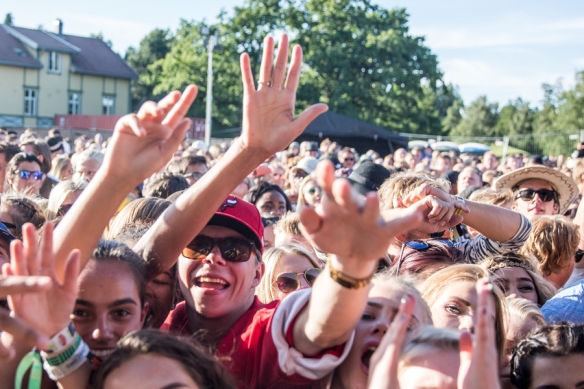 I have never been a big fan of hip hop and EDM, but I decided to give Unge Ferrari a try. He is a new artist in Norway, making music in a mix of pop, hip hop, electronica, with heavy use of autotune on his recrdings. He has got great reviews on his debut album, Til Mine venner (To My Friends). His songs are ok, and he had a full field of fans at his concerts, but with pre-recorded music and him alone on stage, it doesn’t give me much as a live performance. 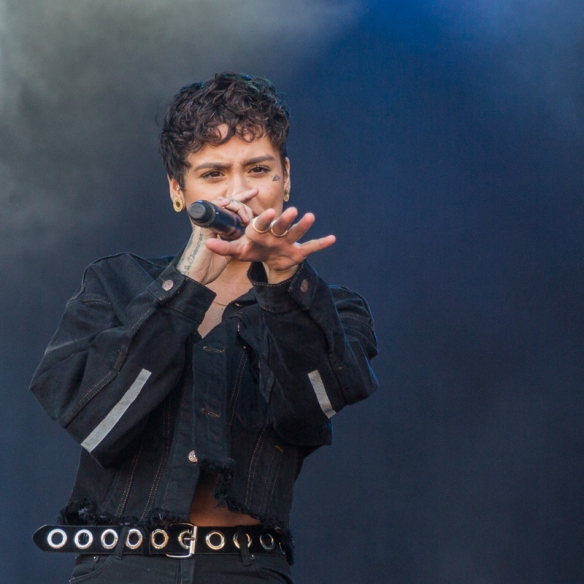 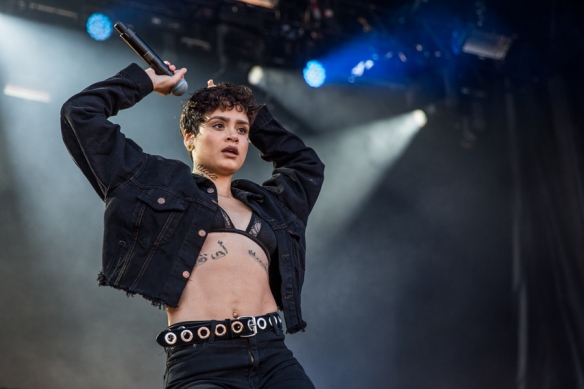 Kehlani was a new name for me, and I really liked both her show and her music. She is an R&B  songwriter, and writes some really good songs. She also has a great presence on stage. At Stavern she had two musicians plus two dancers, and she was quite popular with the crowd. I truly recommend her music, The 2015 debut album You Should Be Here is worth listening to. Together with Lukas Graham, Kehlani was one of the very positive new artists I saw at Stavern. 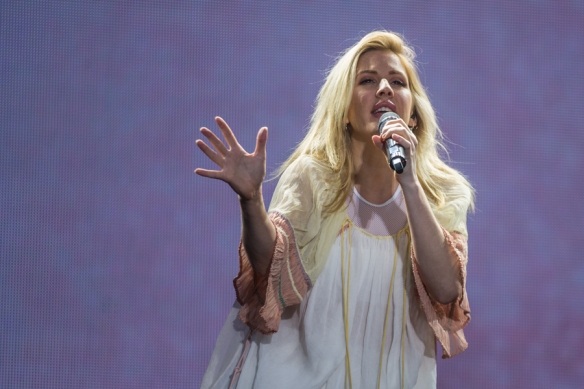 The headliner Saturday was Ellie Goulding. She is a true superstar, and her show showed that she is an experienced performer. I must admit that I was impressed by her performance, and even if her music isn’t my favorite style, she has some really catchy songs that works well both on record and live. Listen to her latest album, Delirium. 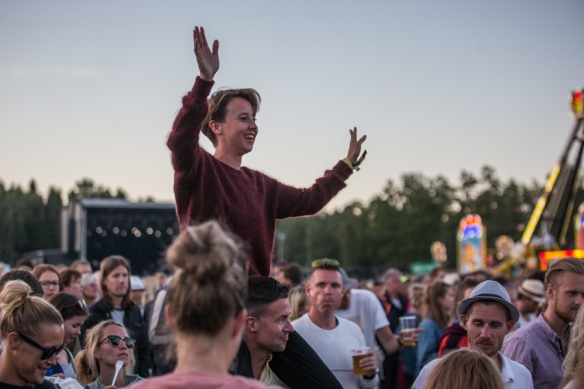 All in all Stavernfestivalen was a positive experience for me. Friendly people in the press tent, a peaceful crowd that backed the artists, and a venue that is well suited for a crowd of more than 10.000 people. I could have wished for some rock bands instead of all the artists with prerecorded music. But except for this, I liked what I saw and heard.  I will definitely try to come back nest year.

All photos are © Per Ole Hagen and must not be used without written  permission.