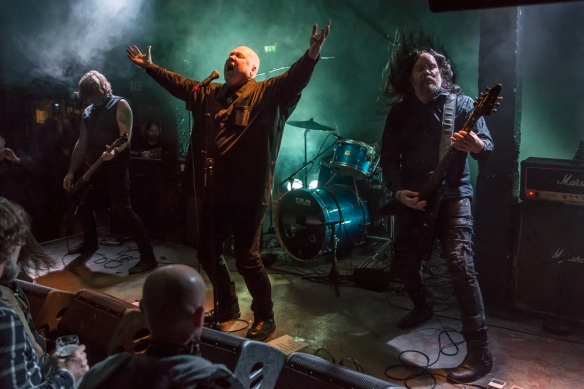 The members of Order were among the pioners of Norwegian black metal. Two of them, singer Billy Messiah and drummer Manheim were members of the earliest version of Mayhem, while singer and guitarist Anders Odden was a founding member of Cadaver together with the original Order bassist Rene Jansen who died two years ago. Stu Manx from the hard rock band Gluecifer is the new bassist.

Both Manheim and Messiah were members of Mayhem when they recorded the first studio release from a Norwegian metal band, Deathcrush, in 1987. Order had the title song from the album plus Celtic Frost’s Procreation of the Wicked on their setlist last night. The other songs were from the band’s newest release, the cassette Folly Grandeur, that is sold in 250 copies on eBay – in the true spirit of the old metal bands. 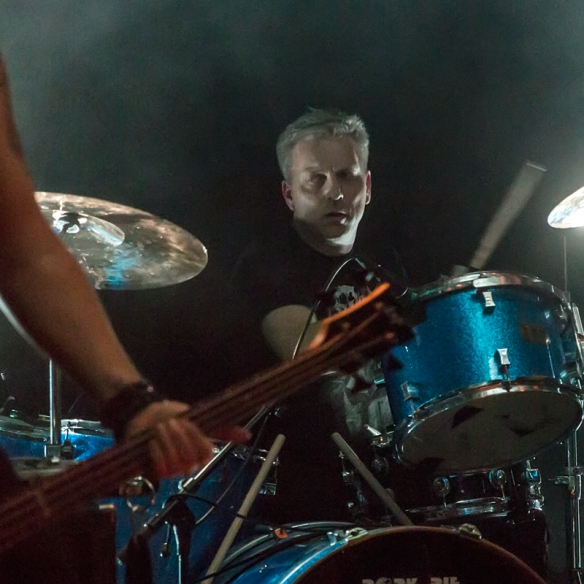 I saw Order at their first live concert that was held in Warsaw the summer of 2014 together with my own photo exhibition of Norwegian black metal bands. Here is a video of the band and the exhibition:

The next time I saw Order was together with aspirants from the Department of Foreign Affairs at Tomb Studios where the band recorded their cassette. The concert was part of the Department’s course in teaching our future diplomats in an important part of Norway’s cultural history, and it was a very special event. 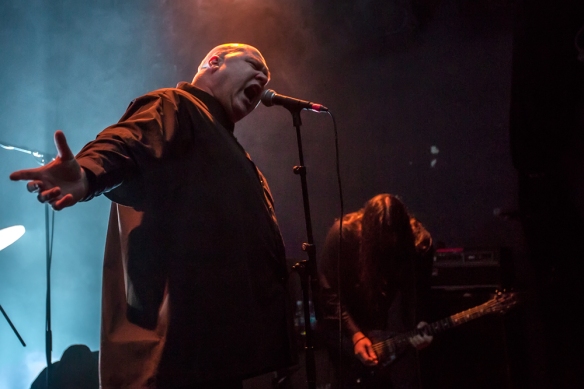 The concert at Blå last night was well attended, and the band sounded great. Tight and hard, their songs are really good, and they do an impressive show with Messiah as the grand master center stage. Their music is growing on me, and they are becoming one of the most interesting and best of the Norwegian metal bands today. 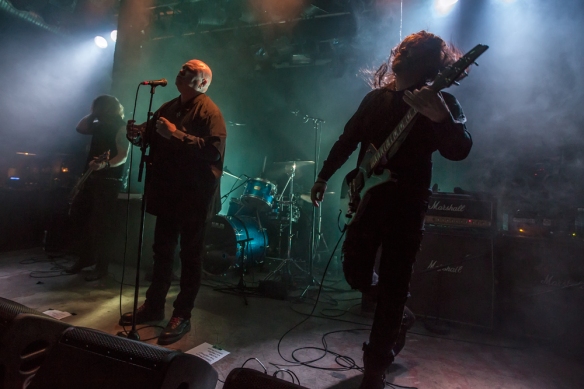 2 thoughts on “Order With Pure Fucking Armageddon in Oslo”