Midgardsblot is a unique festival in that it combines two cultures that you shouldn’t think had too much in common  – the extreme metal and the viking communities. But this happened for the fourth year last weekend at the Midgard viking center at Borre in Norway, and what a weekend it was! (Photo above: Dimmu Borgir)

Norway have several black metal festivals, but only one Midgardsblot. Here you can see Vikings battle each other, you can buy Viking crafts, and you can see the best black metal bands and bands that combine metal aesthetics with medieval folk roots. 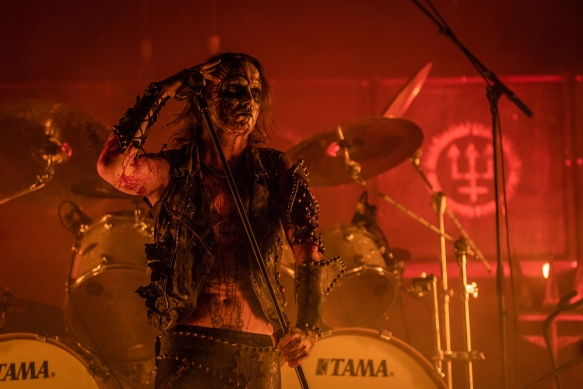 Every Easter a big crowd gather in Oslo for the Inferno festival, four days of Black Easter with several bands and a multi-national crowd from more than twenty different countries from all over the world. In Bergen the Norwegian metal family gathers for Beyond The Gates in late August, and they got to Karmøy, south of Bergen, for Karmøygeddon in May. The Norwegian Viking community have several gatherings, in Lofoten, at Borre, 70-80 miles south of Oslo, and also other places. There are quite a few who try to live a simple life without today’s technology, making their clothes from natural materials and hunting for food without preservatives. It may look a bit strange for outsiders, but when you think about it t makes a lot of sense.

The Gildehall in the background

At Midgardsblot both of these cultures meet for a three days festival. This was the fourth time it is arranged, and in my opinion, the best so far. The location is historical, since the area is full of old grave mounds from the Viking era. There is a Viking museum there, and they have also built a replica of a “gildehall”, the building where the Vikings held their parties. For the festival the organizers have put up the main stage beside the gildehall and there is also a Viking camp plus a camp for the metal fans.

The bands who play at the festival is a mix of the best black metal bands, but also with folk bands who go back to the Nordic Viking and medieval roots, and most of the bands are from Norway, Iceland, Sweden, the Faroe Islands, but also with more international bands. One of the most interesting bands this year was Acyl, whose members are Algerians living in Paris, playing metal mixed with Algerian folk music. Last year the Mongolian band Tengger Cavalry played, mixing black metal with Mongolian folk elements and throat singing.

This year’s headliners were Norwegian Dimmu Borgir and Swedish Watain. Both gave us impressing shows in very different metal styles. Dimmu Borgir are more of a prog metal, or sympho metal band, while Watain are hardcore old school black metal. Other great performances came from the Greek band Rotting Christ, Hamferð from the Faroe Islands and from Einar Selvik, the leader of Wardruna and also the composer of the music to the TV series Vikings.

The mayor of the county of Vestfold, Rune Hogsnes 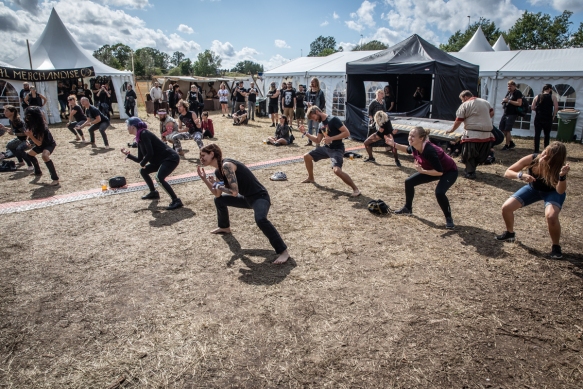 Midgardsblot started in 2015, and the fourth edition this year was well organized, with great music and friendly people, plus all the Viking activities and everything else that belongs to a festival. The seminars are high quality with interesting and relevant topics. They also have a special kind of yoga for those who need to shake loose – metal yoga where the instructor growls with the music. 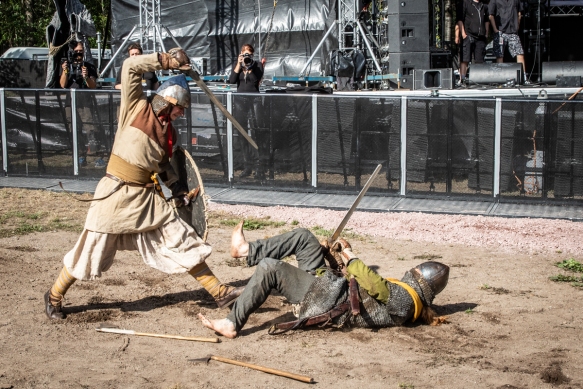 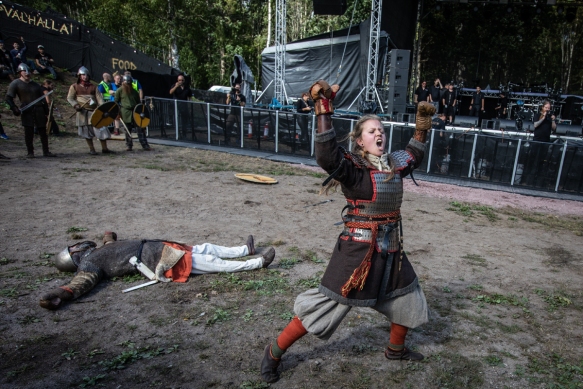 All in all the extended weekend at Midgardsbot is three days with great music, interesting information and extraordinary people. I am already looking forward to next year.

Here are the bands that played at Midgardsblot 2018 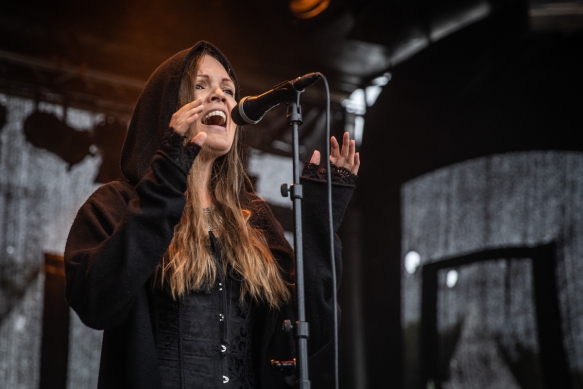 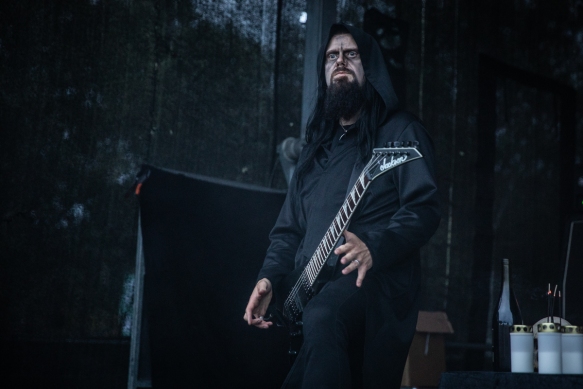 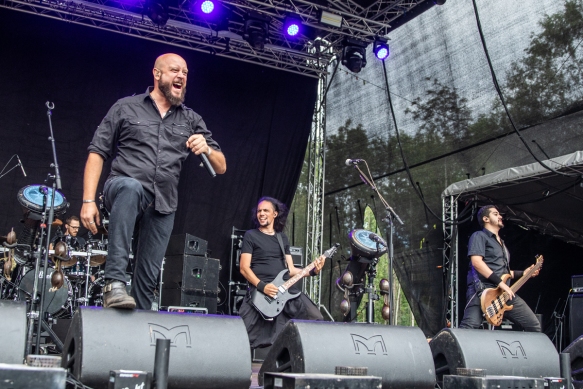 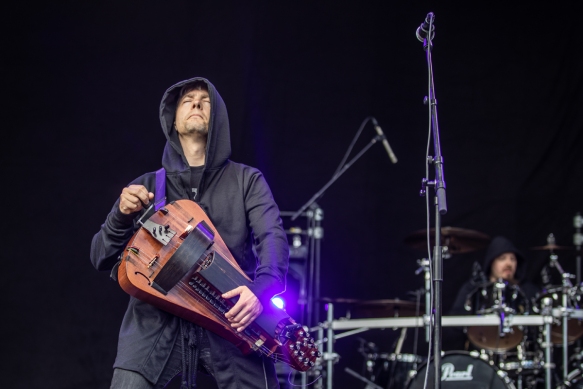 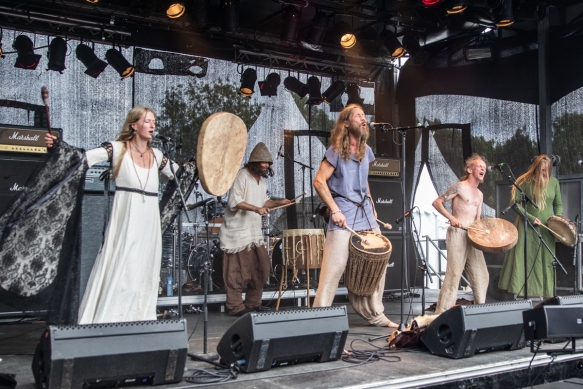 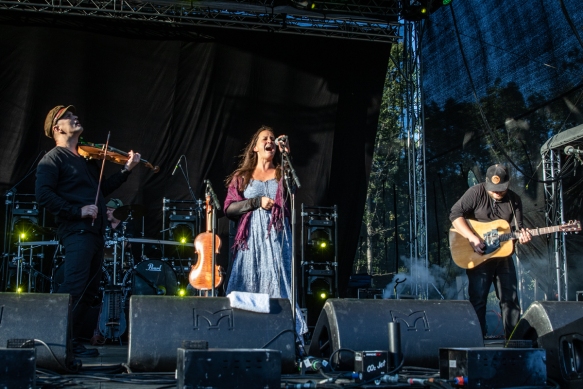 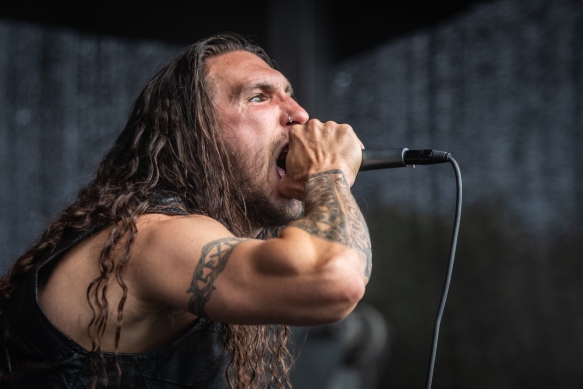 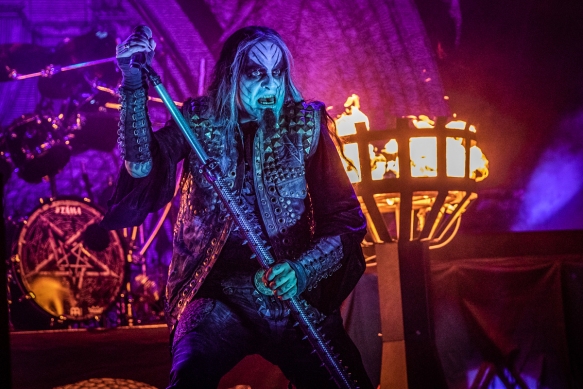 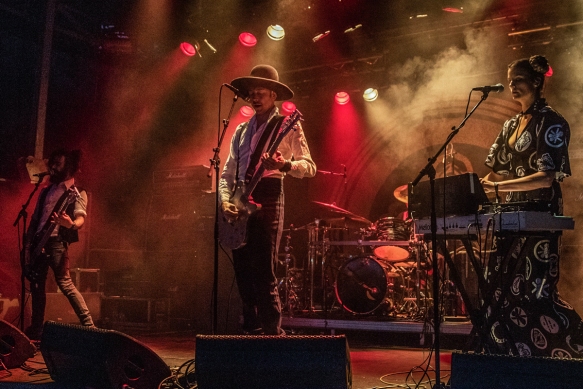 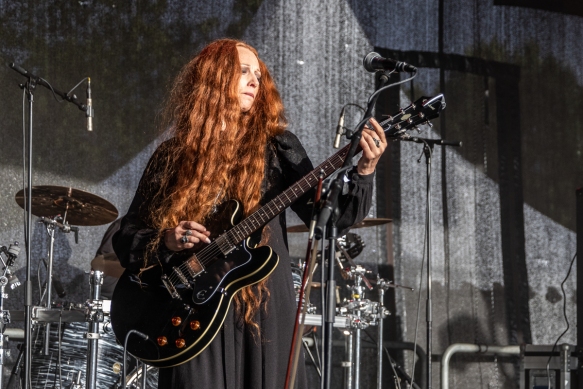 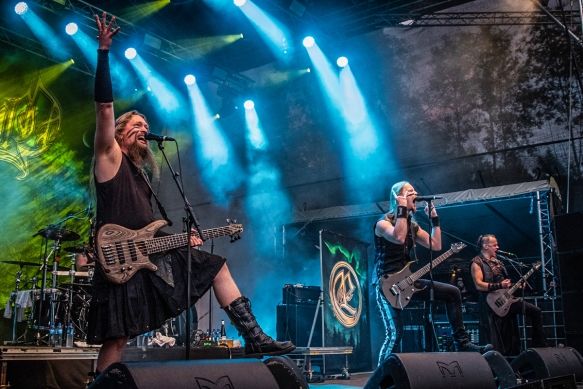 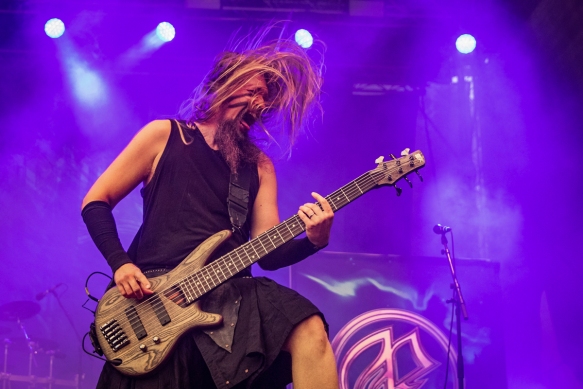 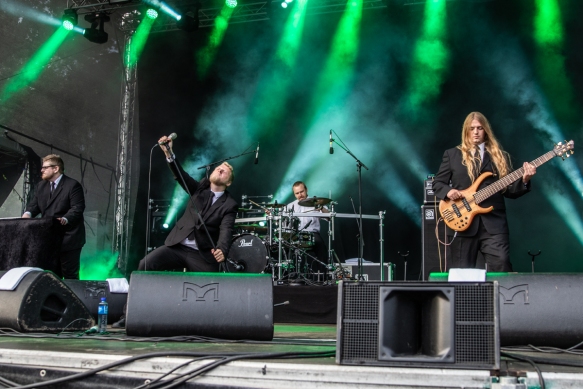 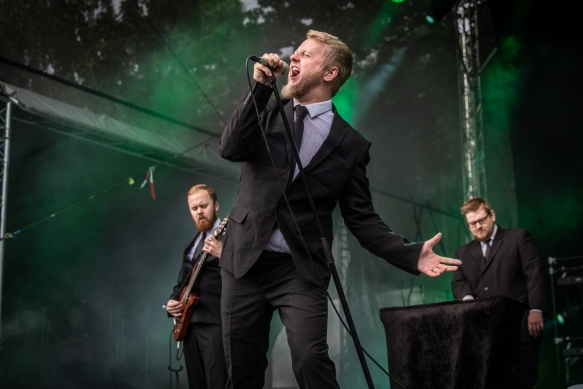 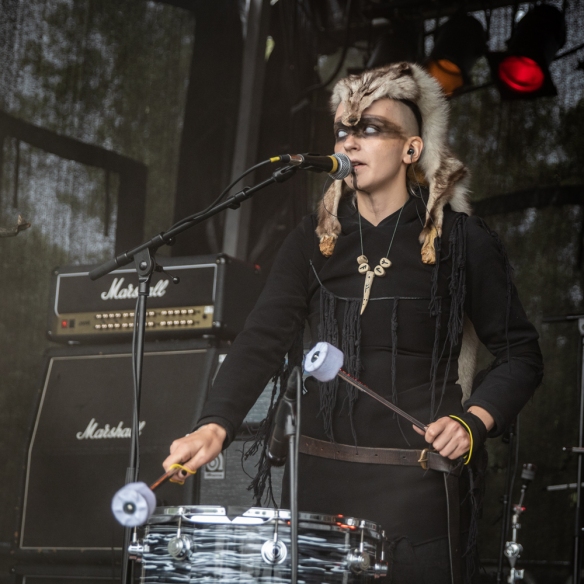 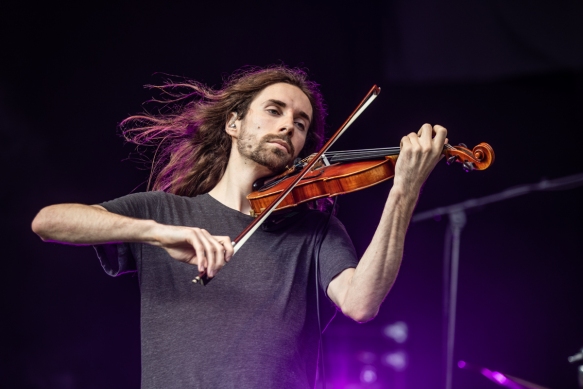 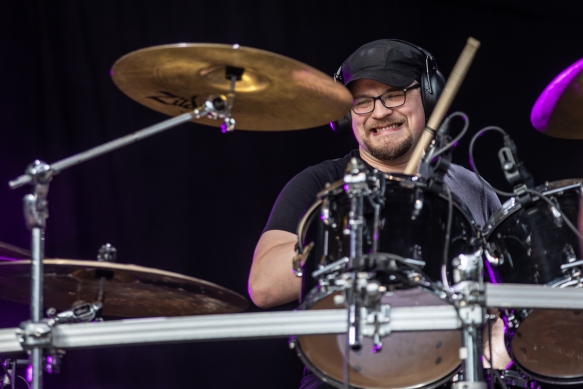 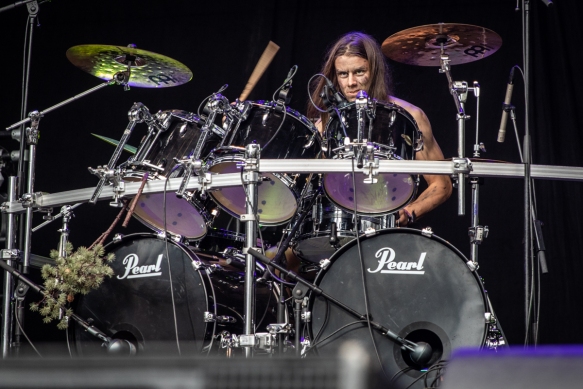 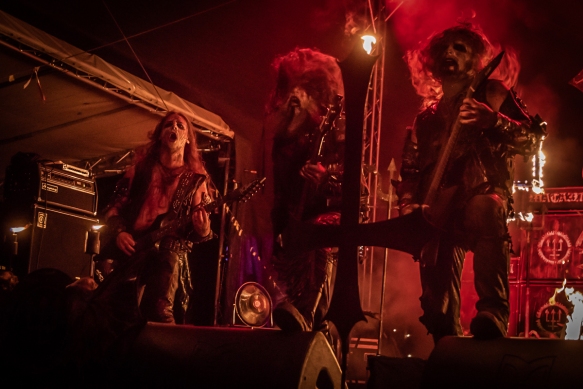 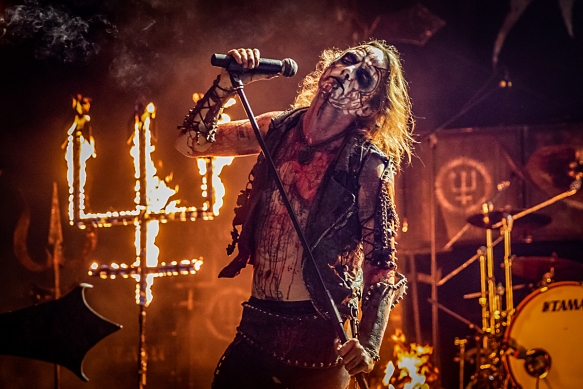 1 thought on “Midgardsblot 2018 – Where Black Metal and Vikings Meet”