Kaizers Orchestra are one of Norway’s best live bands, and they have played extensively since they started more than 10 years ago. Harmonium, double bass and oil barrels are some of their instruments. Both on CD and also live they are definitely worth listening to. Yesterday night they played the Working Class Hero festival in Drammen.

This summer Kaizers Orchestra will play around 20 festivals in Norway, Denmark and Switzerland, and will headline many of these festivals. They also have a following in Germany and Benelux.

At concerts they give high value for your money, and they have a charismatic presence with singer Janove in front. Having played together for so many years, and also done so many live gigs, they are extremely tight and precise in their playing. At the same time, they have a playfulness that many other bands lack, much thanks to Janove’s stage presence.

In 2011 they released two CDs, Violeta Violeta I and II, and this fall they will release the last one in this trilogy. As both a live and CD band, Kaizers Orchestra have a distinct sound, but on these last CDs they have departed slightly from their original sound to a slightly more mainstream one. I am not complaing. I have always liked their style, but now they have an even better potential of reaching an even bigger audience, specially wth their CDs, and that is well deserved.

The concert at the WCH festival was well attended with a crowd of between 1000 and 2000 people, and the pictures here are from that concert. 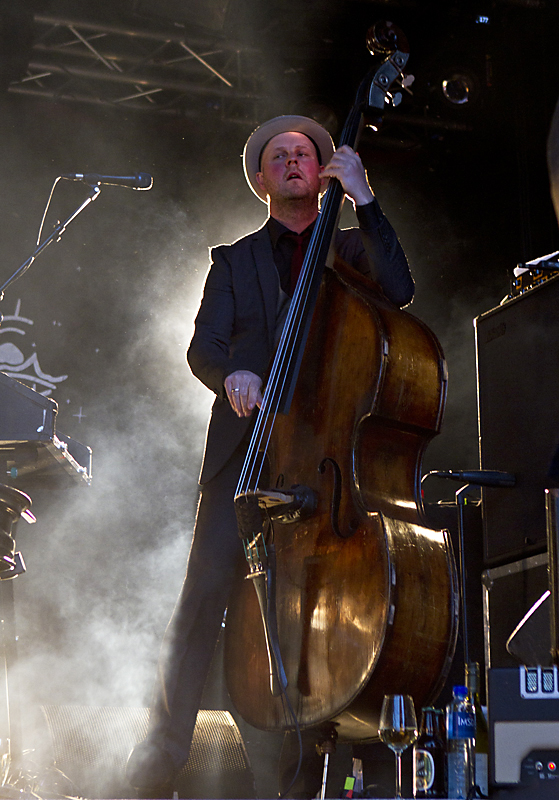 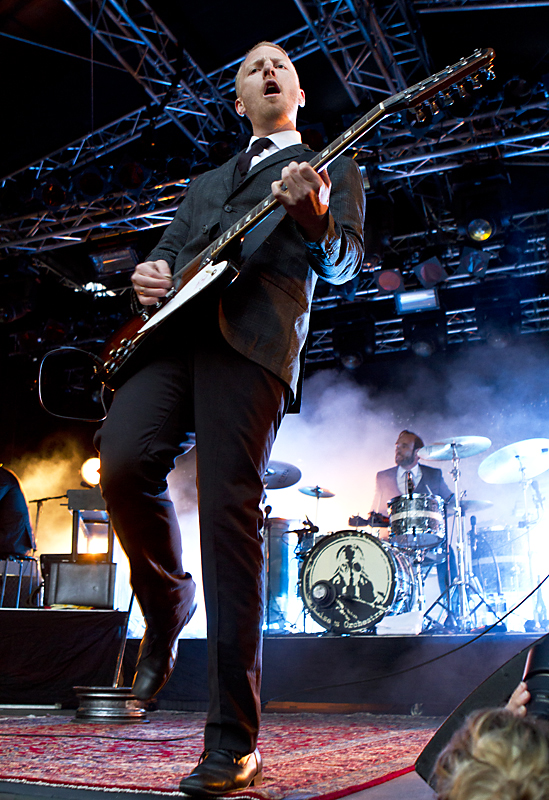 All the pictures are © Per Ole Hagen, and may not be used without written permission.

3 thoughts on “Kaizers Orchestra on tour”