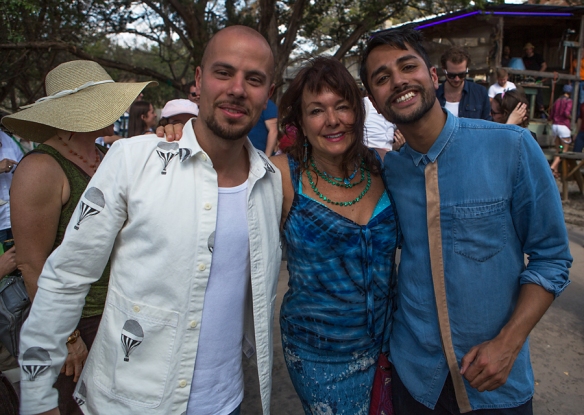 Every year I have been in Austin for SXSW, I have attended Leeann Atherton’s Barn Dance the day after SXSW is finished. This year the weather was perfect with sun an temperatures in the 80’s, there were more people than I have ever seen there, and everyone were friendly and seemed to have a great time. (Picture above: Leeann with Karpe Diem.)

I have to confess at once that I am not impartial to Leeann’s Barn Dance. Since 2001 I have been responsible for the “Norwegian booking” for Leeann, whom I have been friends with for 16 years. Therefore, this is a subjective report. I will, however, recommend attending one of her Barn Dances if you are in Austin, you will get the chance about every full moon the whole year, with the one after SXSW being the biggest.

The SXSW Barn Dance is Leeann’s biggest event, and it is the closest you can get to a big happy family gathering, where everyone share what they have. Food, BBQ, drinks, everyone brings their own, and you take what you need and let the others do the same. The Barn Dance is held in Leeann’s backyard, where there is an actual barn, a stage, a bbq area, and benches for those who want to sit down and enjoy the music.

The common denominator for everyone is the love of music, and there is plenty. This year the music started at 1 PM and kept on until 10 PM. This year the bands and artists came from the US, from China, Sweden, the Netherlands and Norway.

First out on the stage was the Norwegian bluegrass band Lucky Lips. They have got a lot of attention in Norway, and they did a good job, even if few people had arrived at that early time.

Next out was the Dutch female trio Snow Apples. They were a nice acquaintance, with a kind of old-fashioned performance with some great vocal harmonies. Looking forward to hearing more from them. 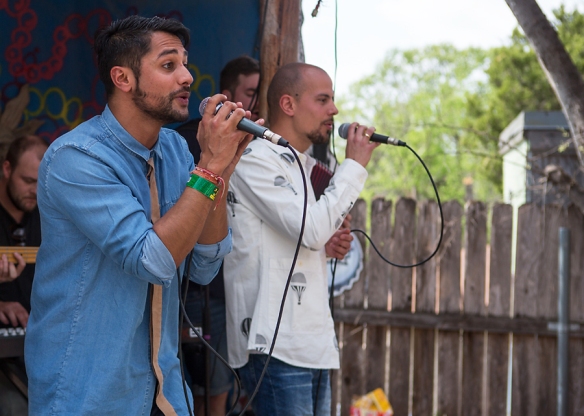 After Snow Apples came Karpe Diem, a hip hip duo with band from Norway. They are a celebrated band in Norway who came from a sold out show in a 8000 capacity venue in Oslo directly to Austin. This was the first time they performed without their usual loops and extra tracks, and it was interesting and also good to see that they managed this with acclaim. If the songs are good, they will survive all kinds of environments, and the audience liked their set. (Saturday March 23rd they won another Norwegian Grammy in the Pop category.) 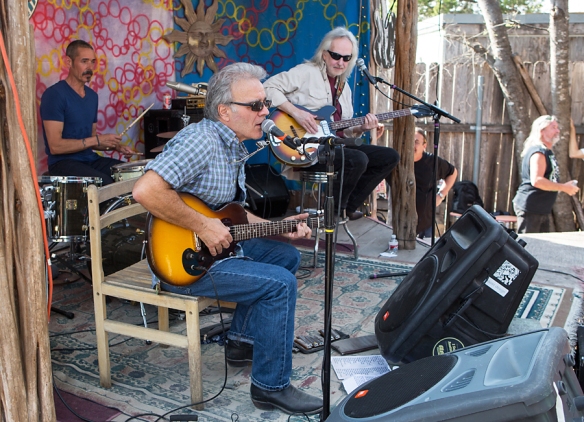 Ray Bonneville has played the Barn Dance before, and he seems to like the friendly atmosphere. The audience seem to like him as much, and he delivered a solid and professional set. 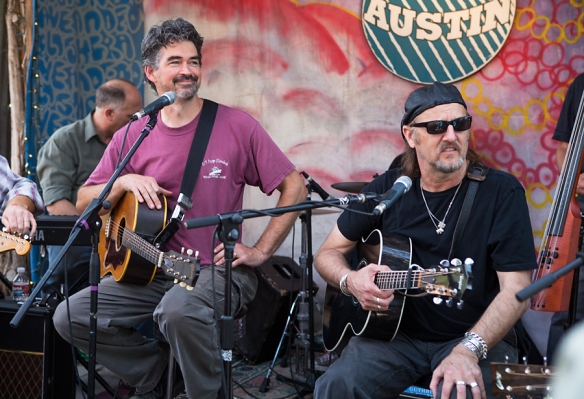 After Bonneville, an all star line up of Slaid Cleaves, Jimmy LaFave, Sam Baker and Garrett LeBeau entered the stage with a full band. They had the longest set of all, and it was a treat to hear their songs. Personally I liked Slaid Cleaves and Sam Baker the best, but that is my taste.

Baskery is an explosive trio from Sweden with three sisters. They play guitar, bass and banjo/drums. Their music is their own kind of punk bluegrass. They played the Barn Dance a few years ago and was a success then as now. 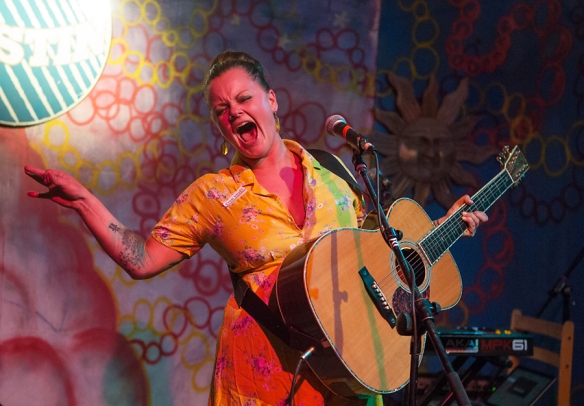 Before Marit Larsen, Marianne Sveen from Katzenjammer did a couple of songs. She is to me the most interesting of the members of Katzenjammer, and her solo songs sound very promising. Katzenjammer played the Barn Dance in 2009 to a massive applaus, and it was  obvious that many in the audience remembered her and Katzenjammer. 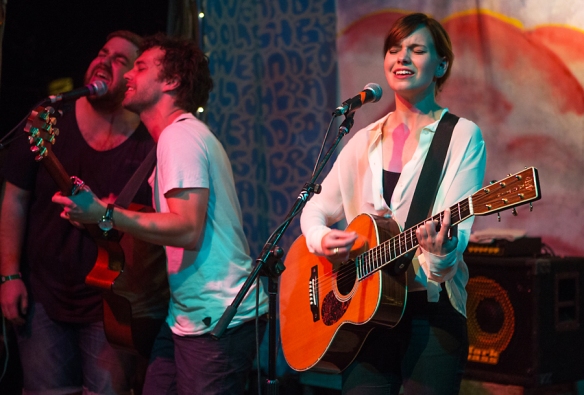 Marit Larsen has played the Barn Dance the preceding two years, and she liked it so much that she wanted to come back. It seemed like the audience was also happy for this, and her strong pop songs performed in an acoustic setting worked well for everyone. She played a couple of new songs, and I am looking forward to when she releases her new CD. 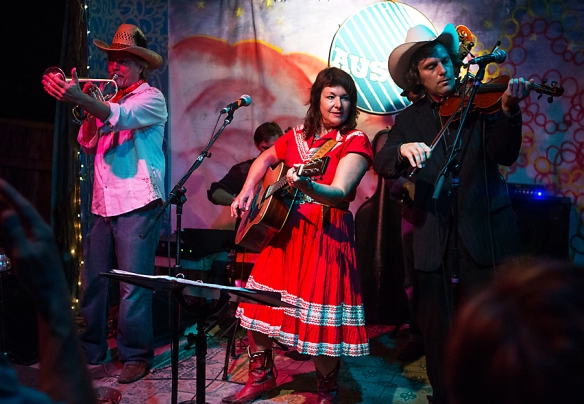 Leeann Atherton always plays at her Barn Dance, and this time she had an interesting and highly successful set up. She played with Will Taylor on violin, a trumpet, cello and stand up bass. The instrumentation may sound strange but it worked well for Leeann. She also did old standard songs like Sitting On Top of The World and Miles And Miles of Texas, and showed that she can sing songs in many different styles.

The last act of the evening was the Chinese band Bashui. I haven’t heard them before, but they were very good, with two electric guitars plus one guy on electronics. It is obvious that we can expect much good music from China in the future, if Bashui is a measure of the general quality of their bands. Unfortunately I didn’t get any pictures of the band.

Sam Baker with two of the guests at the Barn Dance.

What amazes me every year at Leeann’s Barn Dance, is that I have never experience any troubles among the many people who have attended. Everyone behaves, and to me it seems that they are all affected by the general atmosphere. This the closest I personally can get to the old hippie spirit, of live and let live. I am already looking forward to next year at Leeann’s Barn Dance. 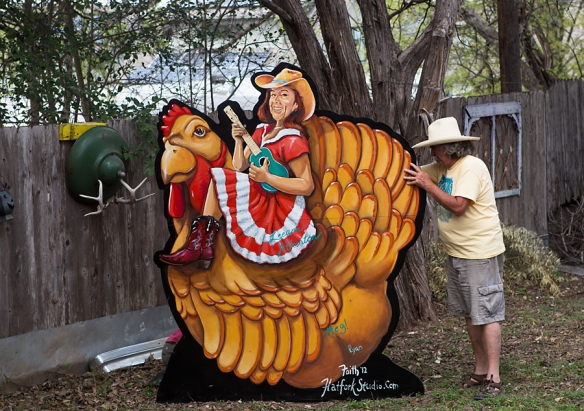 This is a painting of Leeann Atherton that stands on South 1st Street together with many other well known South Austin artists.