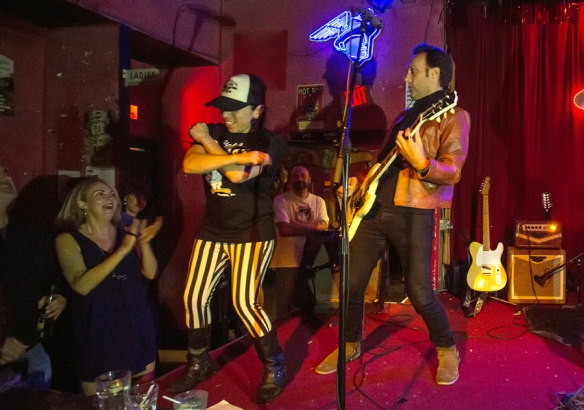 Saturday was a rainy day in Austin, and the Auditorium Shores concerts were cancelled due to the weather. For that reason, I changed my plans, deciding to stay inside at the Continental Club the whole night. Some of the bands there were already on my schedule, so it was an easy choice, instead of getting wet while walking between the clubs at 6th Street and Red River. (Photo above: Clara dancing with Ian Moore’s guitarist.)

The Continental sessions started with Colin Gilmore, the highly talented son of Jimmy Dale Gilmore. He has got great reviews for his latest album, The Wild and Hollow, from 2013, “Best Americana/Singer-Songwriter album so far in 2013” (Mike Ragogna, Huffington Post). On stage he delivers his song in a sure way, showing that he has long experience. He also has some likenesses with his father, both in his singing and his songwriting. 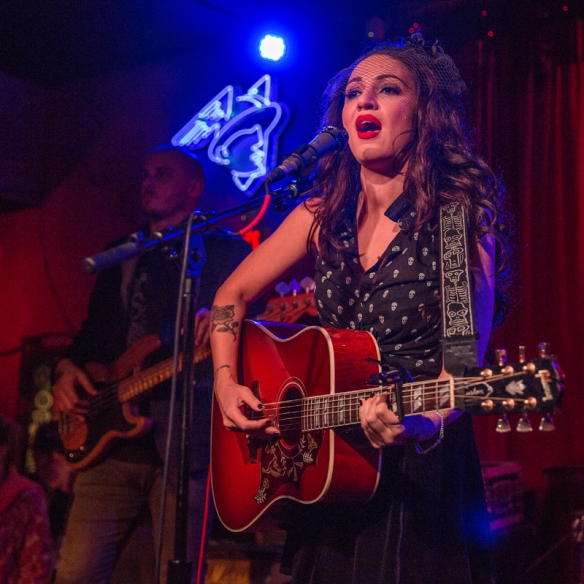 After Gilmore, Lindi Ortega entered the stage. She comes from Toronto in Canada, but lives in Nashville. She is described as an indie artist, but to me she sounds like a mix of American and Mexican music. Whatever you put into her music, she was very well received at the Continental Club. 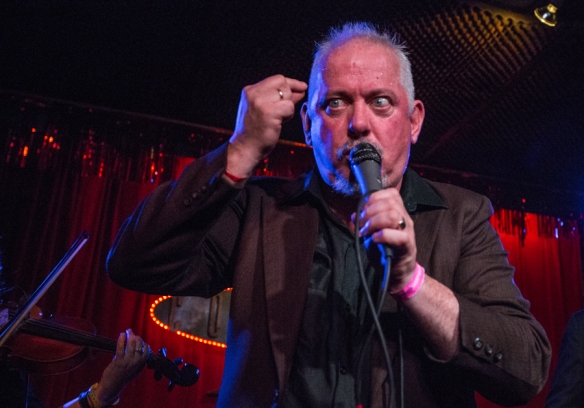 Jon Langford doesn’t need much introduction here. He is a multi-artist, musician, painter, author. His most famous, or should I say infamous band in Austin, is the Waco Brothers. Langford was one of founding members of The Mekons, and you can find his art displayed at The Yard Dog on South Congress in Austin. I have written about him earlier on this blog. 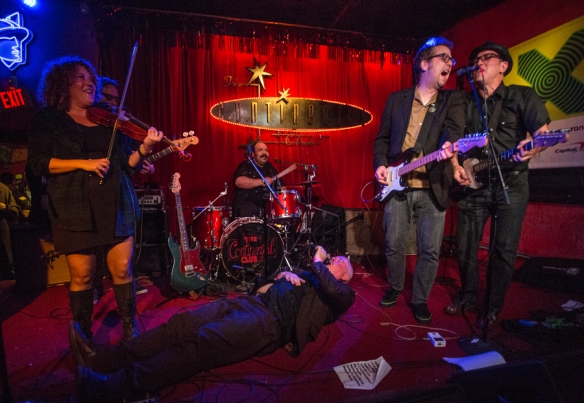 At the Saturday night show, he performed as a solo artist with a band. During the first song one of his strings broke, and instead of exchanging it, he put the guitar aside and only sang and showed.Sometimes an accident can turn into something good, and this was one of these occasions. A great show. 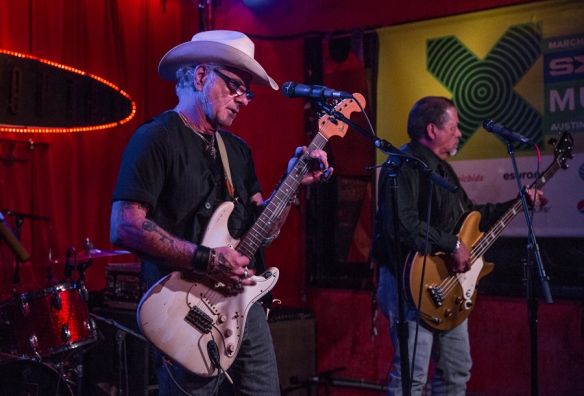 The next artist out was Bill Carter. He is a prolific songwriter, having penned songs for Stevie Ray Vaughan, John Mayall, Robert Palmer and many others. He isn’t as well known for his own performances, but there should be no reason for this, because his performance is good. And with those so obviously good songs, this concert was a treat.

Jon Dee Graham has also got his own blog post here, and like good wine, he gets better with the years. No unnecessary stuff, just good, hard and not the least, hard music with Graham’s characteristically to the point lyrics. Read the good background and interview with him by Chris Reece.

This night at the Continental Club was sponsored by Bloodshot Records, and as it was last year, the closing act was Ian Moore. Like last year, he presented an energetic and loud set. His music is melodic Rock ‘n’ Roll, and his songwriting is excellent. And Clara Portilla Reed, the friendly back bartender at Continental, was dancing with the band, when not tending the bar. 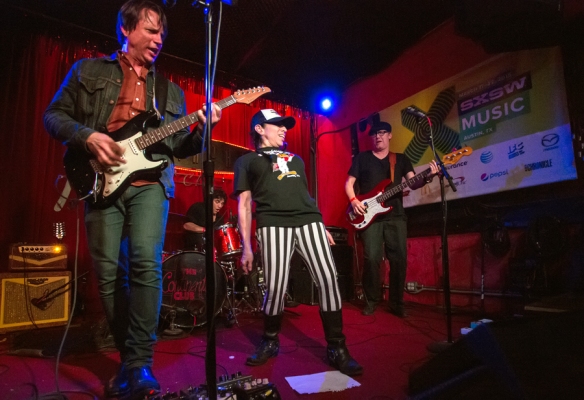