All together I attended fifteen festivals in 2017 and around twenty single concerts, photographing more than 300 different performances, so far my most productive year as a concert photographer. Here is the second part of my favorite concert photos from 2017, from M to Z. (Photo above: The audience to Mø at the Øya Festival this summer.)

The audience at the Tons of Rock Festival this summer

Mø is Danish, and an interesting artist, both visually and through her music. I saw her at the Øya Festival in August. 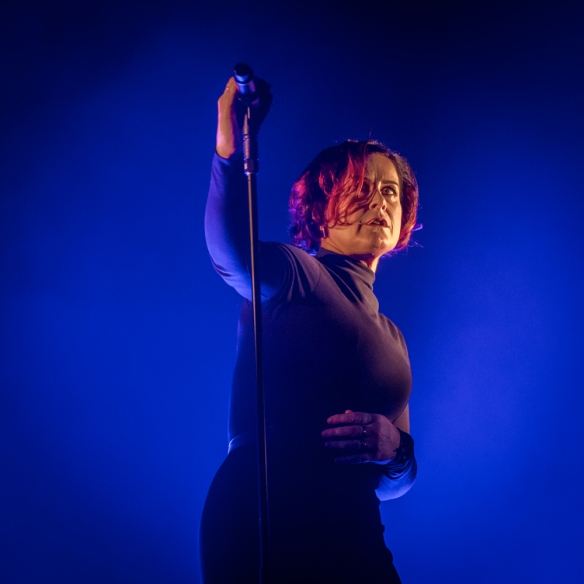 In the 80’s I was a big fan of Alison Moyet, but have heard little of her since then. In November she played at Rockefeller in Oslo, and it was the same strong and good voice as I remembered.

One of the most interesting acts at Tons of Rock this year was the Danish artist Myrkur. 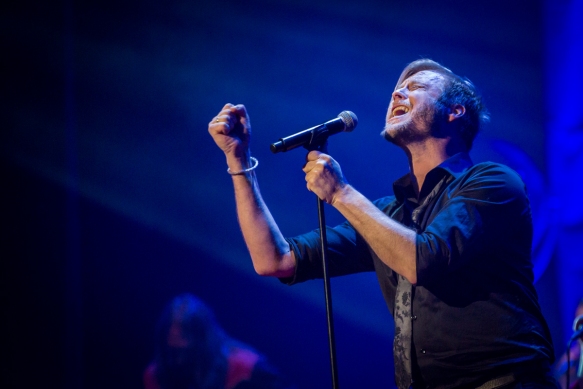 In April there was a tribute concert for Leonard Cohen at Oslo Spektrum. Many Norwegian artists performed Leonard Cohen’s songs, and Odd Norheim was one of them, singing Hallelujah. 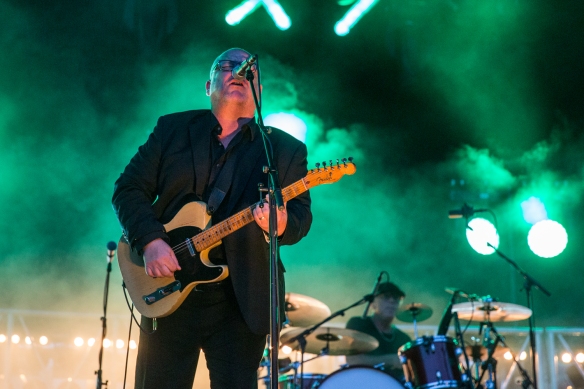 Pixies was one of the artists at the Øya Festival in August, and they did a great job.

I have seen Primordial once before this year, and their performance at the Inferno Festival in Oslo at Easter was good, as always.

Erlend Ropstad was another one of the artists who sang at the Leonard Cohen tribute at Oslo Spektrum in April.

The Swedish band Sabaton did a legendary performance at Tons of Rock in 2014, and this year they were back with another spectacular show.

Satyricon has long been one of my favorite bands to shoot, and I saw them twice in 2017. This photo is from Tons of Rock.

In 2017 I was so lucky that I saw Savage Rose twice, both at the Spot Festival in Aarhus and also at Månefestivalen in Fredrikstad late July, where I took this photo. 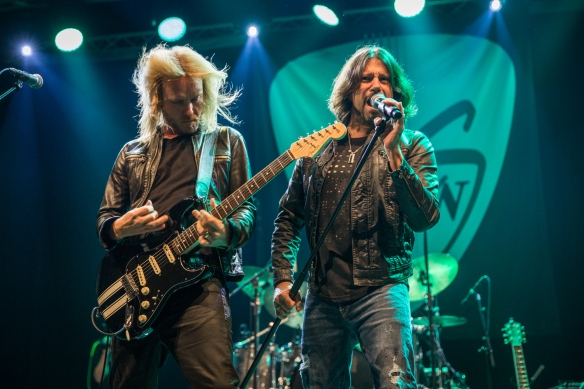 Kenny Wayne Shepherd is hailed as one of the best younger blues guitarists, and he made a stellar and rocking performance at the Notodden Blues Festival in August.

The first time I saw Icelandic Solstafir, at Tons of Rock in 2015, I was awed at their performance. This year they headlined at Midgardsblot in August and were just as good as last time.

Joss Stone rose to fame for her fantastic voice before she turned twenty, and at the Notodden Blues Festival in August she sang the blues like the best.

If you remember Wild Things by The Troggs and Angel In The Morning by many different singers, you might know that they are written by Chip Taylor. He is still writing beautiful songs, and in February he performed at the Crossroad Club in Oslo.

Blue Mood Records celebrated their twenty year anniversary with a Blue Mood Revue concert at the Notodden Blues Fstival in August. One of their great artists were The Tiger City Jukes. 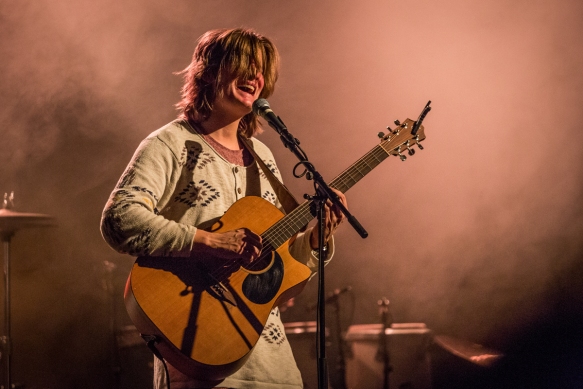 One of the most pleasant musical experience I had in 2017, was to see the debut concert from Kristian Torgalsen at Parkteatret, Oslo in November.

Devin Townsend is another artist In saw twice in 2017, and this photo was taken at the Tons of Rock Festval in June.

There are a few years since I have seen Trampled Under Foot since they changed band members in 2014. This year the three siblings were back together at the Notodden Blues Festival again.

Taake is one of the bands where Høst is the singer, Gorgoroth being the other. Here he sings with Taake at by:Larm in March. 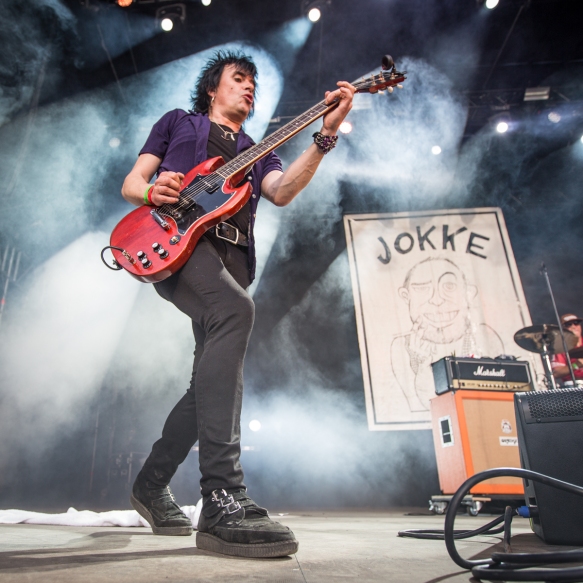 Valentourettes is a band with members from the deceased artist Jokke’s bands, playing his songs. Here is Petter Baarli who is always fun to shoot, here at the Månefestivalen.

When Venom split, Venom Inc was formed with two of the original band members. Here they played at the Inferno Festival in Oslo in April. 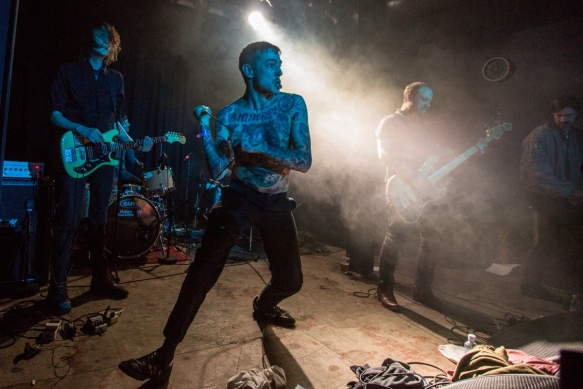 Many people claim that Viagra Boys are Sweden’s best live band. I have no meaning about that, having only seen them live once, at the club Blå in Oslo during by:Larm in March.

Paolo Vinaccia has long been one of the very best drummers in Norway, and also a terrific producer. I have known him since the early 80’s, and at the Norwegian Wood Festival this summer he was the drummer at the Are You Experienced tribute.

A specially touching event at Norwegian Wood was when Paolo Vinaccia’s long time girl friend was invited up on stage, Paolo proposed to her and a priest came forward and wed them.

Every time I am in Austin I try to see Patricia Vonne perform at least once. This year at SXSW I saw her twice, this being the concert with her excellent band at the Continental Club.

Gaahl was the original singer of Gorgoroth, but after they split, he has done different solo work and he was also a member of Wardruna for a while. Now he is back with his own band, Gaahls Wyrd, and they were one of the headliners at Midgardsblot in August.

The first time I saw The XX was at the Pstereo festival in 2013. This year they performed at the Øya Festival in Oslo in August.

I had never seen Rob Zombie live before he performed at the Tons of Rock this summer, and I was duly impressed by his performance. 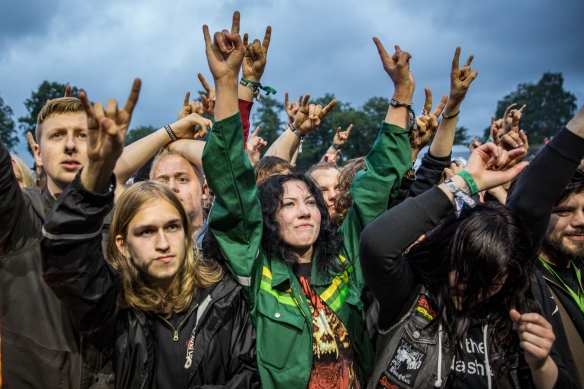 All photos are © Per Ole Hagen an must not be used without written permission.